It’s time to be honest with ourselves: the so-called de-radicalisation and intervention programs are failing.

On Sunday, a 16 year old Sydney boy was arrested by police over allegations of being involved in an 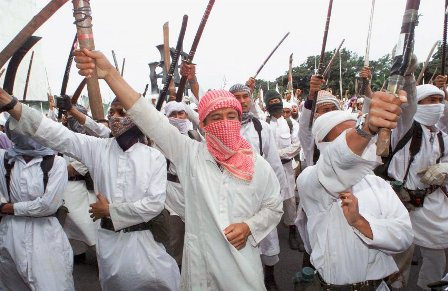 ANZAC Day terror plot. The boy allegedly sent an encrypted text message in an attempt to procure a firearm.

What stands out about this story is not simply the young age of the boy arrested; it is that the boy was already known by the police and had been in close contact with them for the previous 12 months as part of an “intensive” intervention program aimed at stopping Islamic State recruitment.

This recent failure is not an isolated case. A 15 year old boy who was arrested in December 2015 for conspiracy to prepare a terrorist attack had also been part of a de-radicalisation program with police and school authorities for the previous year. No doubt there are more examples.

These two recent intervention program failures only confirmed to many of us what we already knew: that de-radicalisation programs As currently conceived are a joke and were always going to fail.

When you have de-radicalisation experts (and now Labor Party candidate) Anne Aly affirm the unjustified grievances of Islamists, it is no surprise that intervention programs fail, or indeed, will result in exactly the opposite of the intended effect.

So long as we fail to honestly face up to, and diagnose the problem (that Islamic terrorism just might have something to do with Islam), we will continue to fail in all our de-radicalisation and counter-terrorism attempts.