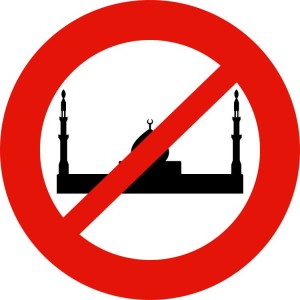 According to Wikipedia, Islamophobia is “the fear of the religion of Islam or Muslims.” The Oxford Dictionary defines it as “intense dislike or fear of Islam, especially as a political force.”

Interestingly, Islamophobia is all but universally utilised in a pejorative way in social discourse in the West, in that the word is typically an insult, an accusation, or an allegation. The underlying assumption is that Islamophobia is a bad and undesirable thing. Often calls of racism accompany an accusation of Islamophobia. For good reason have Muslim communities in the West, and left wing social commentators, academics and politicians, made large and frequent use of Islamophobia in such contexts, as an instrument for shaming others into silence.

But I am wanting to reclaim this word and give it a new and enlarged utility. For I think Islamophobia, as a word, and as a condition, is entirely understandable and easily accounted for. I would go so far as to say that Islamophobia is the natural and normal response of any sane and rational person living in a non-Muslim majority country. Rather than be denounced for Islamophobia, or alleged to be an “Islamophobe” as though it were some sort of criminal offence (and soon it may well be), a person should be congratulated for being both sane and Islamophobic, as the two surely go together. For if, as the cognate suggests, Islamophobia means “fear… even an intense fear… of Muslims,” then the condition is entirely understandable and quite normal.

I’m afraid of being murdered whilst dining at a bistro on a Parisian street corner. I’m not so keen to get on aeroplanes with high numbers of burqa clad passengers waiting at the departure gate. I would find being burned alive in a cage or being thrown to my death off a high tower rather unpleasant experiences best avoided. Who would not feel a sense of fear and revulsion at people being shot in the back of the head as they leave work, or whilst standing in line at a coffee shop, at a theatre, or just about anywhere else, by an “Allah Ahkbar” shouting fanatic? The instances are sufficiently widespread and frequent enough to cause anyone to fear it may be you, or your loved one, next.

Isn’t multiculturalism just wonderful? On the plus side, you can get a good kebab from the local Halal shop – on the down side you may be taken off a bus and murdered for lack of ability to recite passages from the Qu’ran.

If Islamophobia means what Wikipedia and the Oxford Dictionary say it means, then yes, I’m one, as every person with a functioning brain ought to be. So out me now – I’m a proud Islamophobe.