The Islamic State has recently released a propaganda video (below) which is probably intended to intimidate people (I’m not sure as I can’t stop laughing) but looks more like an advertisement for a professional football team for the up and coming Super Bowl 50. 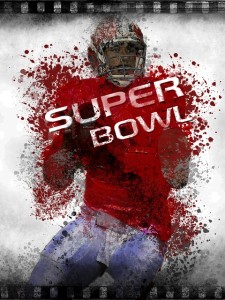 nest and serious voice over, explosions and blood, and you have it made. I’m sure the New England Patriots will be quaking in the football boots when they get a glimpse of this.

In their PR video, ISIS attempts to use modesty, or perhaps a bit of reverse psychology to intimidate their opponents by citing the prevalence of suicide among United States war veterans.

Yet ISIS need not flatter Americans with their suicide rates, given suicide appears to the the Islamic States’ most favoured and effective weapon.

Blowing up yourself and your opponents may appear dramatic, but it is unlikely to win you a football series or game, let alone build a proper state or civilisation.

Best wishes to you ISIS in the upcoming Super Bowl 50, but I don’t rate your chances highly. Enjoy the trip, and try not to lose your head over your impending defeat.