The Australian Greens presently have just one member in the House of Representatives – the quintessential whiney Socialist Adam Bandt, who won, and then held, the seat of Melbourne, centered on that city’s tofu eating and sandal wearing suburbs. Thanks to an electoral redistribution in New South Wales, the Greens now pose a realistic threat to two inner city Sydney seats frequented by that city’s tofu eating sandal wearers. The seats are presently held by Labor’s Anthony Albanese (Grayndler) and Tanya Plibersek (Sydney). 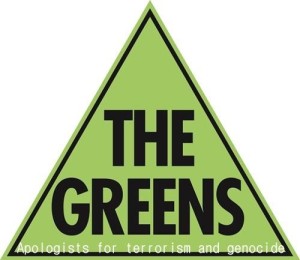 The catch is, under Australia’s preferential voting system, the Greens would not win either seat without preferences from another party – namely, the Liberal Party. Greens leader Richard di Natale has already signaled his enthusiasm for a preference swap deal in the two seats concerned. Whilst noting that the Greens and Liberals are poles apart on almost every issue, he would still be interested in finding whatever common ground that might leave… if it meant winning the seats of course, even if that meant resorting to Liberal preferences.

Whilst the Greens are content to be shameless opportunists and prize hypocrites, there is no need whatsoever for the Liberal Party to wallow in the same soiled pit. ‘Albo’ is, begrudgingly, conceded to be a ‘good bloke’ by many Liberals (the very highest praise any Australian male can give to another), and has runs on the board as a hard working local member of parliament. Because you might have a beer with him does not mean, however, you would ever vote for him. Tanya, with her confected feminist outrage, is someone most Liberals, and probably most of the punters of no particular political persuasion too, would love to see unseated. But not at the cost of effectively voting in the Greens. Few things could be worse than a whingey Tanya in parliament – a whingey Green is one of them.

Integrity is everything in politics. Authenticity is everything to the Millennials voting for the first or second time. A preference deal in these two seats that saw Liberal preferences go to the Greens might very well mean that those intending to vote Liberal, and thereby conservative, would effectively end up voting for the Socialist Greens. It’s simply not worth contemplating. Memo to Malcolm. Put the Greens last. On every ballot. In every seat. Every time!