In response to the shocking murder of three people at an abortion clinic in Colorado Springs, America, by a suspected Christian fundamentalist, President Barack Obama has acted swiftly to defuse the potential for a backlash against the Christian community.

“Just remember,” said the President, “that merely 100 years after the prophet mohammed’s death, the armies of Islam had captured territory stretching from Spain to India, and killed millions in the process. Just remember that Islam enslaved millions from around the world, centuries before America was first settled by Europeans. And just remember that the quran instructs its followers to kill the infidel wherever they can be found.” 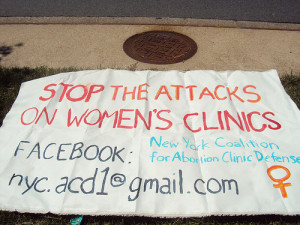 The President was at pains to reach out to those in the Christian community who may feel alientated by the media attention on the tragedy. “Ultimately, what will ensure an end to such acts of violent extremism in the future is more dialogue with the Christian community.  We need to be talking with Christians, not about them.”

The President has reminded Americans that Christian teachings do not condone what the alleged gunman has done, and so he cannot actually be considered a Christian. He did, however, express concern that people may try to present the massacre in the future, falsely, as evidence of Christian violence.

Police are suspected to have faced a heart breaking scene inside the abortion clinic, with initial reports indicating that they were confronted with the corpses of dozens of unborn babies.