Mr Malas is a director of the Lebanese Muslim association, and told the ABC today that, “The Islamic community was encouraged by Mr Turnbull’s promise to be a consultative Prime Minister.”

Mr Malas said former prime minister Tony Abbott’s use of phrases like “team Australia” and his admonishment that Muslim leaders had not done enough to combat radicalisation had damaged relations.

It is strange that a phrase intended to unite Australians of all walks of life would appear offensive or divisive. Furthermore, it seems obvious that Islamic leaders would be called to do more to combat radicalisation, particularly after the Martin Place siege and killings, as well as attempted assaults, plots to bomb public events and kill police have been planned by individual Australian Muslims over the last few months but have thankfully been foiled by the authorities. 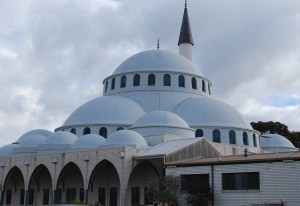 Mr Malas stated, “Because the community is really longing to see a change, we’re really hopeful that will extend to the Muslim community.”

These are initially encouraging words, yet Mr Malas’ comments leave us with several unanswered questions.

One could well wonder, what kind of changes is Mr Malas looking to see in the relationship between the Federal Government and the Islamic community?

Moreover, the phrase “team Australia” was intended by the former Prime minister to unite all Australians and members of the broader community. What kind of language would the Islamic community prefer the government use?

And finally, does Mr Malas think that Islamic leaders are already doing enough to combat radicalisation among Muslims?