The last few weeks have seen the largest movement of people in Europe since the end of World War II.

Hundreds of thousands are fleeing war and persecution in the Middle East, or are simply moving to find a better life. The migrants are traveling in one direction, and that is west. 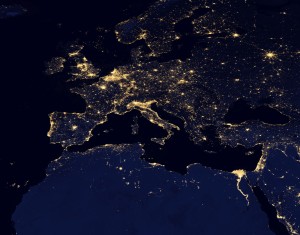 Why are the migrants traveling west and not to the closer Arab and Islamic nations that more closely reflect their own religion and culture?

Whilst the critics (often Westerns themselves) readily cite the supposed past and present failings of the West, the reasons why migrants seek to live in the West, of course have a great deal to do with what Western culture is, and has to offer.

The West, unlike some other cultures, has a deeply ingrained sense of social justice, and responsibility to our fellow man. Whilst the wealthy gulf states are refusing to take refugees for fear of bringing in terrorists, Europe continues to take in immigrants and asylum seekers by the hundreds of thousand.

The inclusiveness and plurality of the West is also appealing for people from diverse cultures. Muslims, Hindus, Buddhists, Christians and atheists are welcomed alike, and are free practice their culture and to take their place within Western society.

The same kind of openness to difference is simply not found in most of the rest of the world, whether it is in Islamic or traditional African and Asian cultures. In that way, Western culture is unique and appealing.

Finally, as Western societies are often concerned with social justice, openly embracing difference and plurality, Western cultures by way of the welfare state, provide housing, healthcare, education, and in many cases government payments for not only their own citizens but to foreigners and refugees.

The reason why migrants have sought a path to Germany, passing through perhaps half a dozen European countries on the way, and refusing to claim asylum on entry into Europe, or the hospitality offered by Eastern European states is because of the better benefits on offer in countries like Germany and the United Kingdom. Generous welfare is provided in these nations, and as such, Western European nations are preferred over Eastern European ones, even though they offer the same level of protection and security.

Western European nations are in many respects cash cows, where foreigners and refugees can live in relative prosperity, indeed at a much higher standard of living than they would have had to previously work for in their homelands.

It is the allure of the West that is bringing people to risk their lives with people smugglers and that which is leading people to travel through several safe countries to get to their preferred destination. Evidently, the strong appeal and the alluring lights of the West are worth the risk.

The West has the allure of a land of ‘milk and honey’. And we in the West, would do well to understand this allure, and to ask why immigrants are on the whole, traveling in one direction: West.