After taking an influx tens of thousand immigrants over the last several days, Germany has announced that it will re-instate border controls. 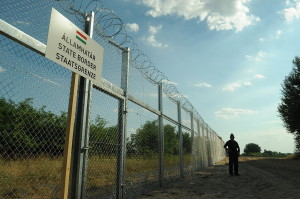 s decision, Austria and Slovakia are also taking steps to secure their borders, and the Netherlands will be carrying out spot checks on its borders.

Hungary has also committed to stopping the illegal flow of immigrants, yesterday nearly 7,500 poured into the nation from Slovakia, surpassing Sunday’s record of around 5,800.

While EU interior ministers have yet to come to an agreement on the acceptance and relocation of refugees, the steps over the last couple of days may see some order brought to what has been a chaotic and disorderly influx of immigrants into Europe.