Originally published yesterday, October 17, 2020, at Pushing Rubber Downhill. You can purchase Adam’s books here. Jacinda Ardern has won the election and is New Zealand’s Prime Minister for another term.

New Zealand votes today. If you believe the polls then the mega-woke socialist Marxist incumbent Ardern will blitz it in. James calls the Kiwis nongs for embracing full Communism after their free trial.

Either way the Kiwis are screwed because they can choose matriarchy on one side and matriarchy on the other. New Zealand was the first country to give the chicks the vote, so they are the litmus test on what not to do. The other week via Dark Brightness I stumbled upon this little gem that hails from a daily broadsheet over there in the land of the long white sheep:

Prime Minister Jacinda Ardern, her main rival the opposition leader Judith Collins and more than 260 female parliamentary candidates have become a target for online hatred and sexism ahead of the Oct. 17 national polls.

Although the New Zealand Parliament is intended to have 120 members, recent iterations have exceeded this quantity. Due to some parties winning more electorate seats than their proportion of the party vote suggests, overhang seats have been awarded. In 2005 and 2011, 121 members were elected; 122 members were elected in 2008.

Extraordinary. There are 2.5 female candidates for every single seat in this election. This will be a parliament devoted to feelings and emotion, and if you do not understand why that is a bad thing when running any operation, let alone a country, then I cannot help you.

It is far into Saturday evening in New Zealand as I write these words and the result already looks like Ardern has won and won convincingly. Which means that she will have a mandate to roll out her own brand of feminised matriarchal communism at break-neck speed. Historically, New Zealand has already had its socialist utopia that ran for almost three decades into the mid-eigthies, when the shoe finally dropped that they had run out of other people’s money. But apparently memories fade quickly and they’re off on the poverty carousel once again to see how things will shape up now that the chicks are in charge.

Drink up, New Zealand. While you’re still allowed to. Because big mommy is watching you. 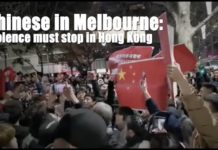 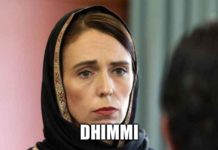 New Zealand is on its way to being a totalitarian state 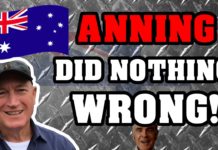 Fraser Anning STILL did NOTHING WRONG!