They’re really just testing how far they can push:

Australian property owners have been urged to start paying a weekly ‘rent’ tax to  indigenous groups based on their ancestral claim to the land.

Under the ‘Pay the Rent’ model proposed by a campaign of the same name, and backed by celebrities, homeowners would voluntarily pay a percentage of their income to a body led by Aboriginal elders and administered without any government oversight or intervention.

One per cent of weekly wages is the level suggested by Robbie Thorpe, a veteran Aboriginal rights activist from Melbourne who ran a similar scheme in Fitzroy in the 1990s.

Government statistics from last August that say the median Australian employee’s earnings were $1,250 per week.

The scheme could then be extended further to all users of the land – people having weddings or holding concerts would also be encouraged to hand over money.

‘We need to stop paying lip service to decolonisation and start paying the rent to the first nations people,’ Ford said.

Thorpe said: ‘Pay the rent from grassroots for grassroots. No strings attached to government agenda. It assists sovereign grassroots fight the many campaigns and struggles we face everyday.’

The occasionally based Mark Latham has provided the perfect comeback:

With no 26 January 1788 there would have been no motor bikes ️, roads to ride them on, bikie clubhouses, bikie gangs, bikie parties, bikie fun for Lidia.
What’s she complaining about?? https://t.co/vMX1XdNTVO

In October Lidia Thorpe was betrayed by her own people for opposing the so-called “voice to parliament” on the grounds that they should push for a so-called “treaty” instead. She’s still shilling for the symbolic gesture that caused her links to organised crime to exposed. 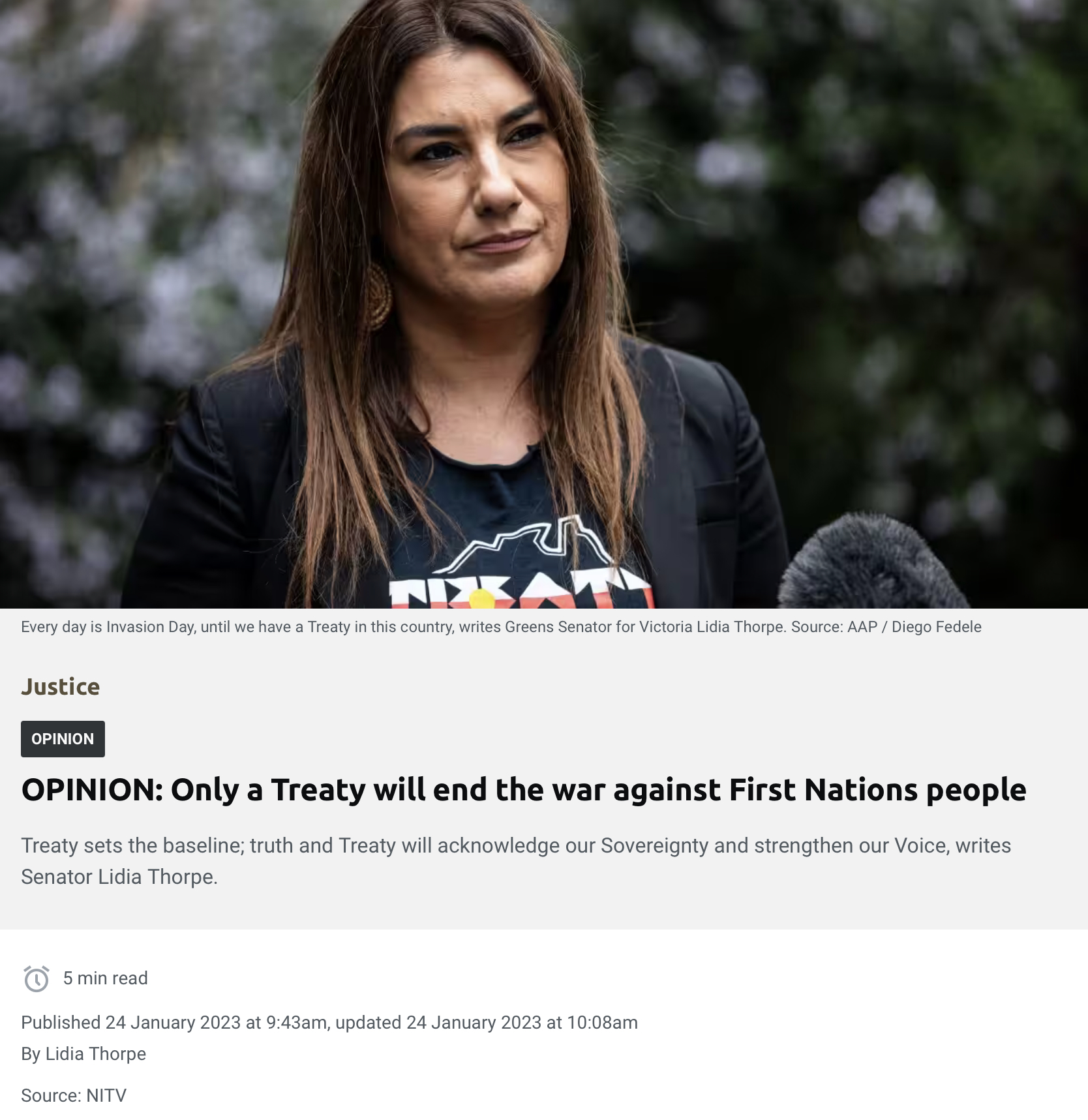 This is occurring as aboriginal crime in the Northern Territory skyrockets after the lifting of the grog ban.

The Lying Press and public officials are tying themselves in knots over the fact that the only solution is to reimpose the grog ban on aborigines.