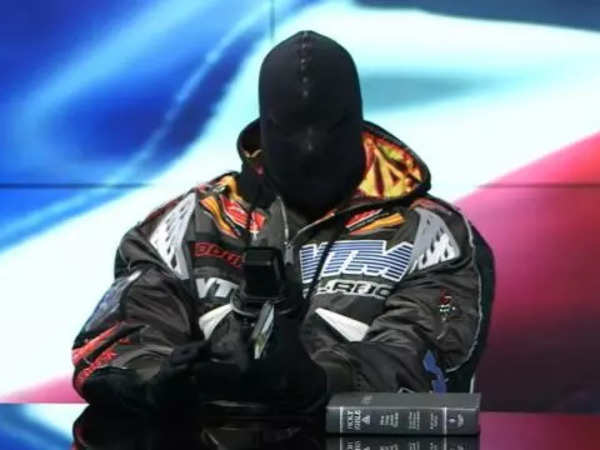 Kanye West is a freak. Apparently he calls himself Ye now. That just goes to show what a freak he is. He may as well have called himself Caitlin Jenner, except for the fact that this is pushed as normal. But any true Christian or right wing fundamentalist knows that both names are downstream of degeneracy and narcissism. Kanye West is sick, selfish, egotistical, erratic, mentally deranged and most of all Kanye West is controlled opposition.

David Icke was a sports commentator in the 1980’s who became a “conspiracy theorist” in the 1990’s. A well respected employee of the BBC gets a platform to push bullshit on the BBC. Suspicious much?

David Icke appeared on prime time TV on the most popular show on British TV at a time when British TV still had only 4 channels and watching TV at 7pm was what 90% of the country did.

Kanye West has appeared on Alex Jones, the most successful controlled opposition “alternative news” channel on the internet. Alex Jones has just been part of a nice psy-op lawsuit loss for spouting bullshit and Kanye has just come onto his show, with his face covered in a black mask that looks like part of a Gimp costume and acted like an escapee from a Batman movie asylum in Gotham city and in the middle of the crazy, told the truth about Hitler and the Holohoax.

He is no different to David Icke and telling the truth about Global Warming in between telling everyone that he is Jesus reincarnated and that the world is run by trans dimensional lizard people.

He is a pressure valve. A way to deflect attention by taking the growing suspicions borne out of red pilled individuals talking to normies and painting a picture of insanity.

It’s a calculated risk to try and undermine people who might stumble across websites like the XYZ. But it will backfire. Because we are aware of all their tricks now. We point them out to each other whenever one of us looks like getting sucked in.