“He had found a Nutri-Matic machine which had provided him with a plastic cup filled with a liquid that was almost, but not quite, entirely unlike tea.”

Hitchhiker’s Guide to the Galaxy

I think I have figured out their plan.

A new animal-free milk promising to be more sustainable than dairy but with near-identical taste and nutritional content could hit supermarket shelves in the next two years, adding to the growing roster of milk alternatives available to Australian consumers.

CSIRO-backed start-up Eden Brew, which has worked out how to “brew” milk in a lab in a way that emulates the natural fermentation process that happens in cows, is working on industrialising the process and expects to have its animal-free products on the market by 2024.

Founder and chief executive Jim Fader said the company’s business model would be based on global beverages giant Coca-Cola’s supply chain, where the main ingredient – in this case the animal-free milk protein – is brewed centrally and then shipped to dairy companies across the world.

“We’re taking it from two- to 10-litre scales to 500,000-litre scale so that we can make it at a cost and scale that makes the whole thing worthwhile,” he said.

“We expect that by about 2028 to 2030, we will be at the same retail price to the consumer as milk, mostly because we come down in price but in part because there’s forecast continued inflation in dairy.”

Forecast….because the same insane energy policies which are increasing energy costs by 800% in Europe are coming to Australia.

The process involves inserting synthetic cow DNA into yeast to form a protein known as a casein micelle, the “essential building block” for cow’s milk. These proteins are then brewed, filtered and dried ready to be rehydrated and turned into animal-free dairy products.

There is a direct line of logical progression from refusing to believe in God; to no longer believing that you live because God breathed his life into you; to thinking that all it takes to recreate a substance which exists in nature is to find its “essential building block”; to reproducing it in a lab, upscaling it in a factory, then hiring an ageing thot to market the slop to the proles.

nicole kidman eating bugs is the video you didn’t know you needed until now pic.twitter.com/rQ9WTYUwyq

Eden Brew is among a host of new companies racing to get animal-free products to consumers, promising a more ethical and ecologically sustainable alternative to dairy. 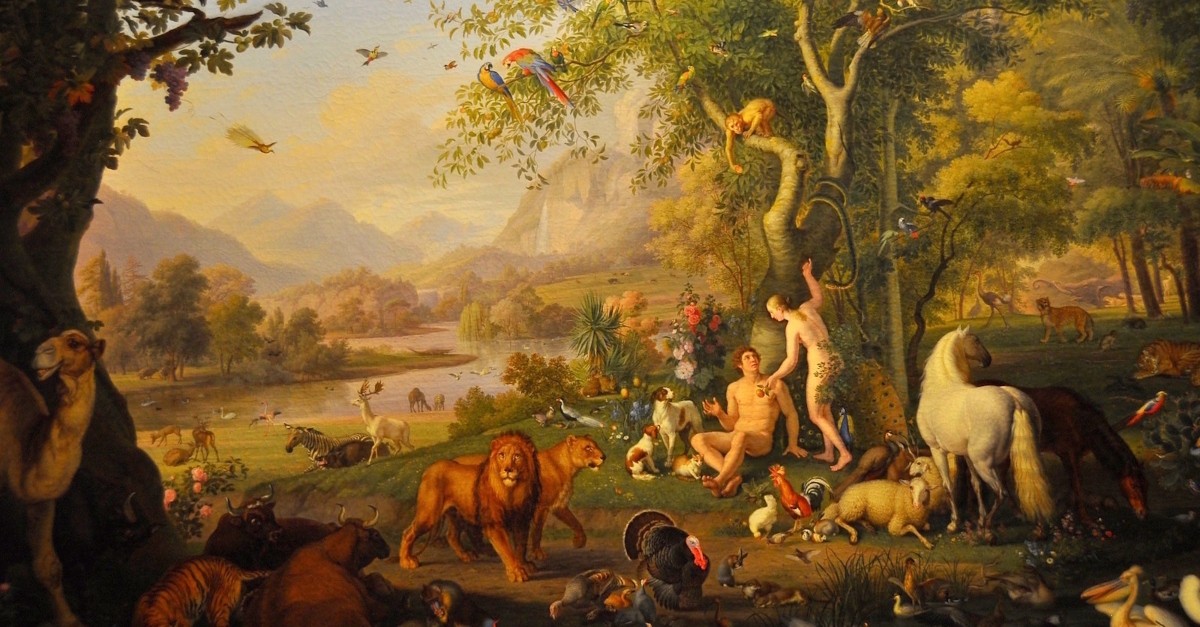 They actually call themselves Eden Brew. These people are insane. They’re playing God, they believe they can create life and mass produce it for profit.

In the US, consumers can already buy ice-cream, spreadable cheese and protein powder made from animal-free milk protein produced by Silicon Valley player Perfect Day.

Fader said the fledgling industry would help meet the growing global demand for protein, which the UN forecasts will increase by 74 per cent by 2050 as the global population nears 10 billion.

“You just can’t scale existing food manufacturing industry to meet that demand sustainably – you’d need two planets,” he said. “This will supplement, not replace, [dairy] supply as demand goes through the roof over the next generation.”

Obviously, nobody is going to eat this goo. It’s disgusting. We also know that so-called “man-made climate change” is a complete con. Every now and then a professor who speaks the truth is accidentally allowed on television, with hilarious results:

This clip can’t be shared enough

I want a shirt with a silhouette of this astrophysicist on the front.

Pretty sure they fired an intern for that one. They gave the game away though:

The only way the current hyper-focus on synthetic food makes sense is that our elites are preparing humanity for space travel.

NASA’s Artemis program is set to send the first humans back to the Moon in just a few years time, with ambitious goals for the far longer trip to Mars set for the 2030s. So where does the food that astronauts require come from on these long-duration flights? Lifting it off the Earth would pack way too much weight into the rocket, and be non-cost-beneficial. During the Space Shuttle mission flights, NASA averaged 1.7 kg of food per day for astronauts and flights to the International Space Station (ISS). For a five-year return trip to Mars, that would add up to around 3,000 kg of food per person.

Not only does that make it challenging in terms of additional weight when launching and powering a spacecraft, but how will radiation in space affect the long-term storage of the food?

Luckily, scientists from Australia’s national science, CSIRO, have been working on ways to ensure astronauts can receive all the nutrients they need while also looking at how other environmental factors such as microgravity and lack of sunlight impact both wellbeing and human body functions.

By making the nutrients in space, they are not included in the payload to be transported into space. The smart biofactory will produce nutrients such as fatty acids, protein and vitamins in the microbial biomass using brewer’ yeast, spirulina and others.

While still in the early phases of their research, the smart biofactory will use readily available inputs such as radiation energy, CO2, brackish water, and even urine to produce nutrients to secure nutritious food sources.

“We have a multidisciplinary team of scientists involved in developing the smart biofactory,” explained Dr Stockman.

“The heart of the biofactory are our microorganisms such as brewers’ yeast. Our molecular biologists use metabolic engineering and synthetic biology approaches to provide a holistic approach to optimising the expression of nutrients in the microbial biomass.”

“Selection and determination of the required nutrients is being informed by nutritionists and the biomass will be formulated into foods by our food technologists.  Engineers are designing the fermentation system so that mixing and nutrient supply for the microorganisms is optimal even under microgravity conditions.”

So there you have it. The synthetic food industry is being astroturfed globally so that the planet will have the capacity to send millions of people to colonise the solar system and sustain us on our journey to our new homes.

Now, they’re not going to be able to tell us this openly, because humanity is not spiritually prepared for this paradigm shift or something. This explains why the elites have been conducting mass psychological experiments and behavioural conditioning projects on us fot the last few years.

They want us to be ready. Ready for utopia.

I am sure they are building humungous spaceships in secret. It’s why they built those massive underground caverns. 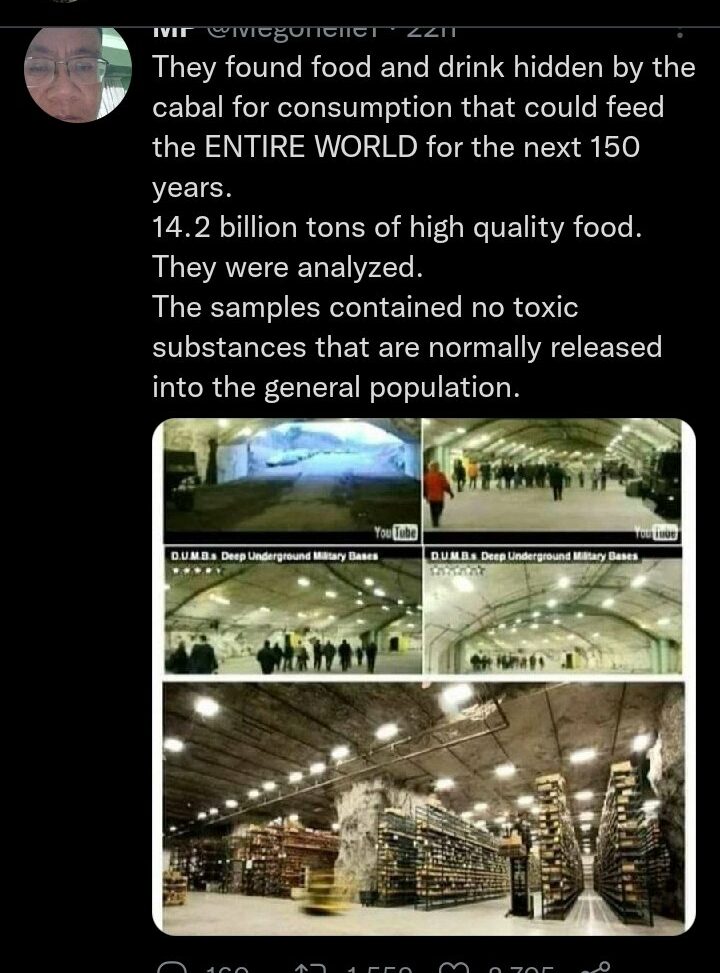 The only other explanation I can think of for all these news reports on bug eating and synthetic fluff is that they plan to kill most of us off and sustain the survivors on a slave diet.