Independent MP Monique Ryan has been roundly mocked for drumming up Covid Hysteria in federal parliament in Canberra. Footage of her haranguing Coalition interjectors to put their masks on has made her a laughing stock:

I don’t appreciate being interrupted while speaking on serious risks of repeated covid infections.

I particularly don’t appreciate being interrupted by shouting LNP MPs who refuse to wear masks.

We all have a duty to look after each other. Here & everywhere.

Put your mask on! pic.twitter.com/u5evZ0k4Oi

What makes this so hilarious is that she thinks it was a cutting comeback. The comments section thinks otherwise: 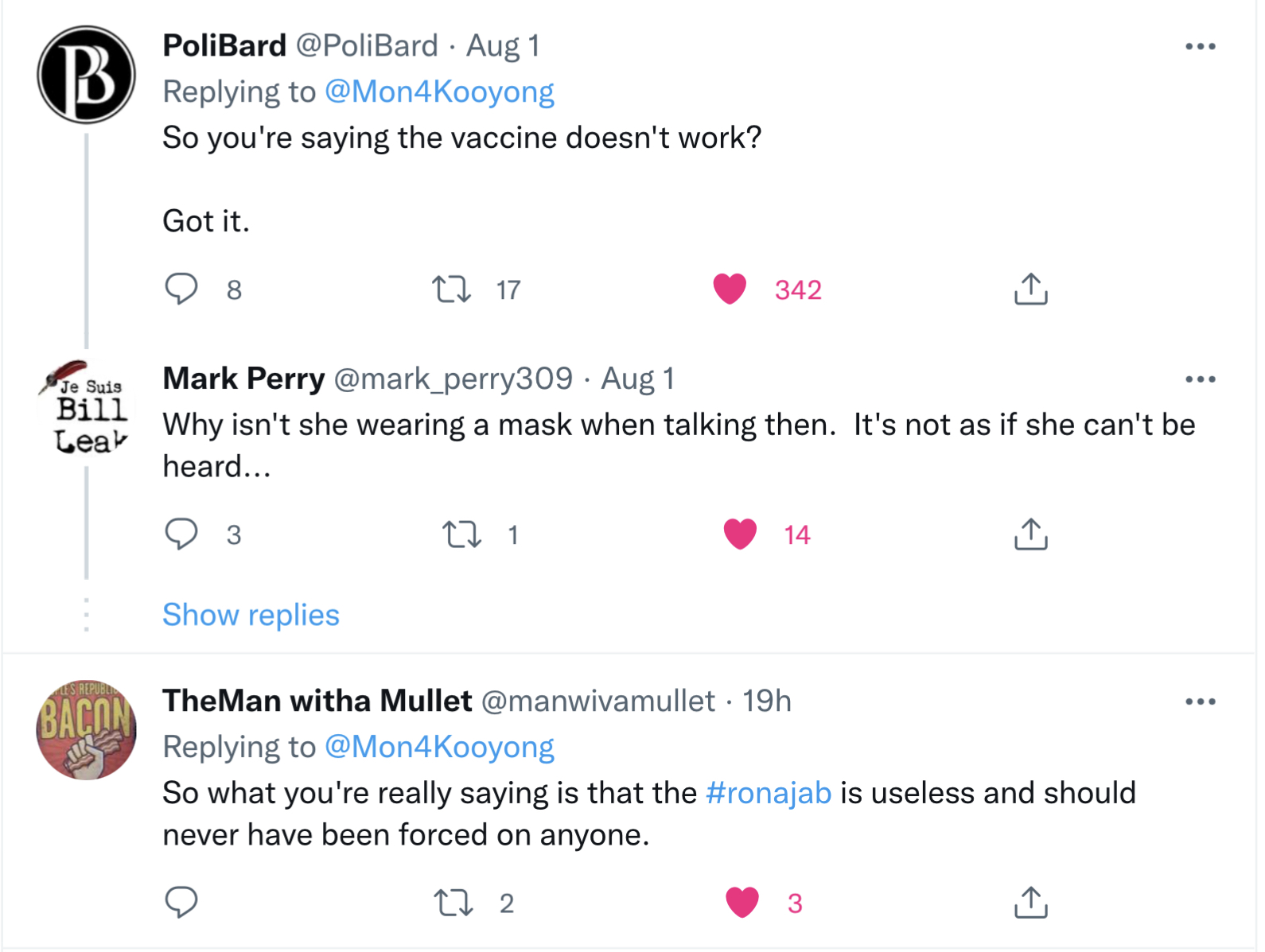 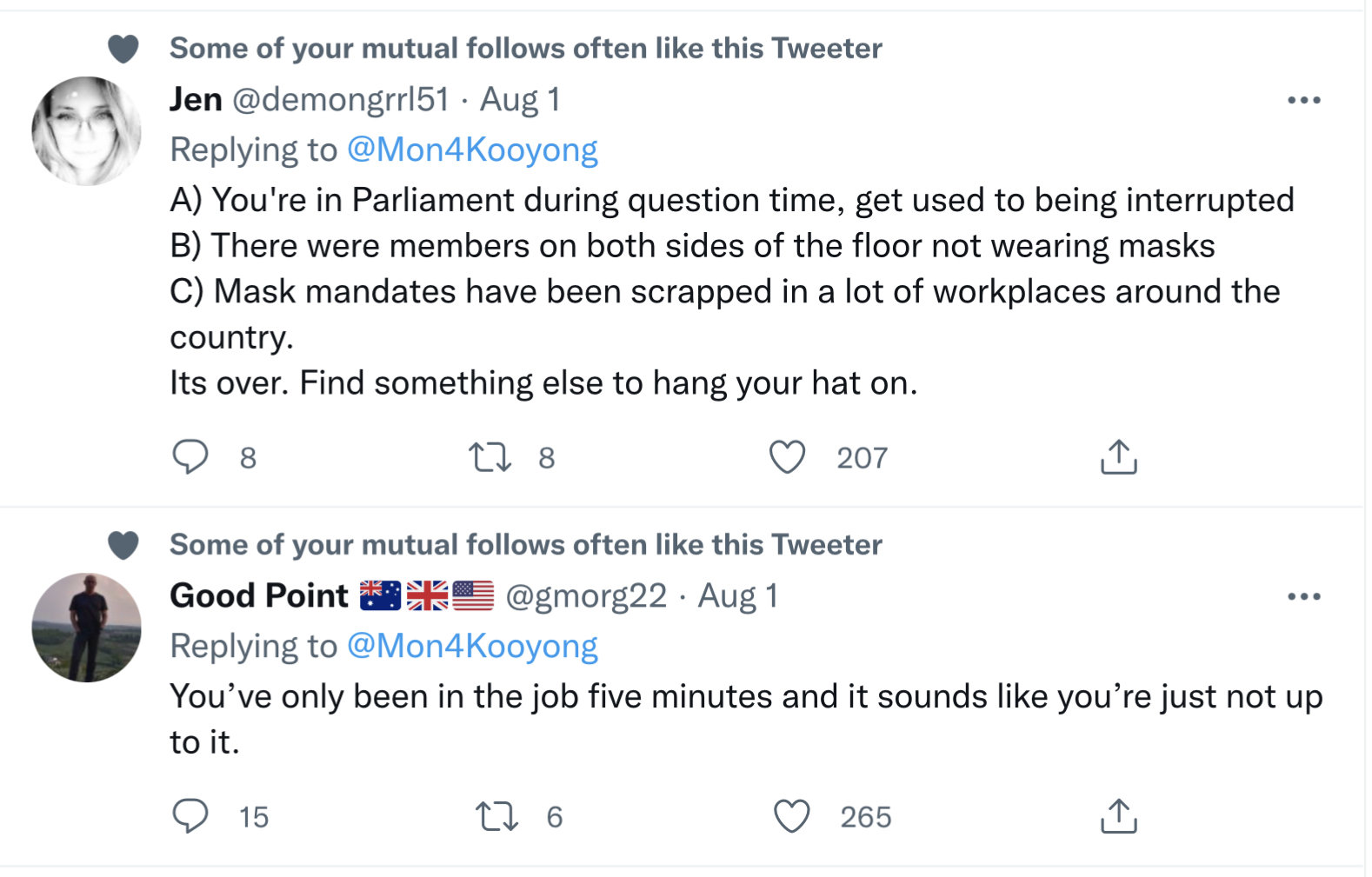 based on what evidence? pic.twitter.com/Njd5A7hmRu

The point is that the coordinated assault on Western civilisation by globalist institutions under the pretext of a pandemic has already cost millions of lives, not from Covid but from the poison prescribed as the solution. Post “vaccine” rollout, births are down and deaths are up worldwide.

The mockery Ryan is currently receiving must be a mere prelude to the showtrials and public, televised punishments to follow.

To help push this process along, XYZ News has sent an undercover reporter to Monique Ryan’s home, where we have gained this exclusive footage: