Remember that time a couple of years ago when people were getting arrested for Facebook posts, everybody had to get a digital ID and the police were shooting peaceful protesters in the back? 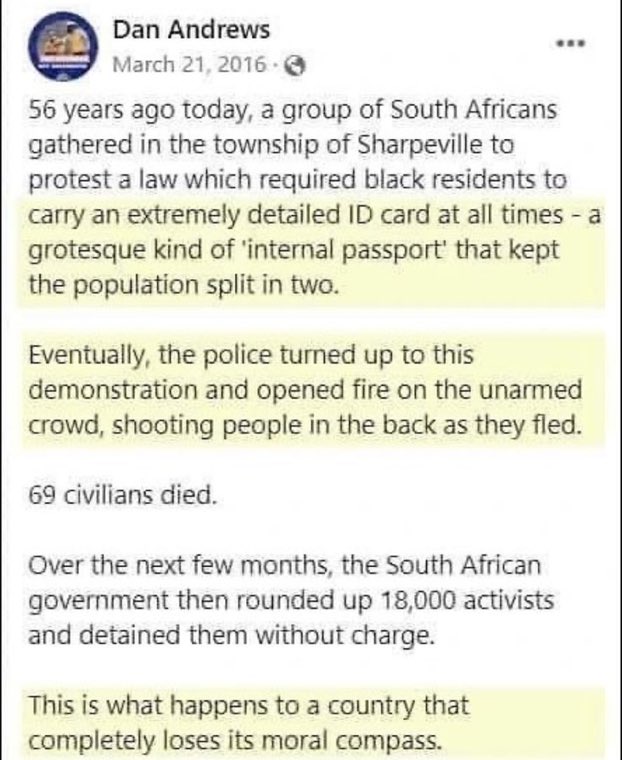 A Ballarat woman who was charged with inciting others to breach a state lockdown has had her case thrown out of court.

Zoe Buhler was arrested in her Ballarat home in September 2020 while pregnant.

The mother-of-three livestreamed her arrest, showing police handcuffing her in a video that later went viral and sparked concerns from the Australian Human Rights Commission.

The arrest came after she created a protest event on social media, citing concerns about the impacts of lockdowns during the pandemic.

In the Ballarat Magistrates Court this morning, police prosecution applied to have the charge struck out, which was approved by Magistrate Mark Stratmann.

In a statement, Victoria Police said they withdrew the single charge following an assessment of the case, determining it was “not in the public interest to continue with the prosecution”.

What, so after all that they just dropped the charges? They barged into her home and arrested her in her pyjamas in front of her children for making a Facebook post, only to just drop the charges two years later?

The arrest of Zoe Buhler was the final straw for many people who sold their homes, got new jobs, packed everything up, said goodbye to family and friends and left Victoria for good.

It was a political arrest.

You might think it is terrible optics to arrest a pregnant mother for a Facebook post, but in fact it is brilliant. Hundreds of thousands of Victorians who were considering openly breaking the rules in real life and posting about it on the internet were cowed by that arrest, and similar heavy handed incidents such as choking out a woman in Richmond in broad daylight, dragging a woman out of her car for no reason and harassing grannies sitting on park benches.

People saw this and thought, “hey, they’re arresting pregnant mothers for Facebook posts, these guys are serious,” so they kept their mouths shut. Nobody stormed parliament. Even when they had the chance, they went in completely the wrong direction.

It isn’t just that Zoe Buhler’s arrest was deliberately carried out without any justification whatsoever in order to intimidate an entire state into complying with unprecedented, tyrannical fake health orders.

As a piano teacher, I have sometimes made the call when a student just is not practicing and never will, to speak parents about whether it is worth their while to pay me just so their child can goof off. There was one kid who would never practice but would always spend 10 minutes showing me her drawings. I suggested several times to her folks that she should get art classes instead. It was like the opening scenes of Fame.

The point is, as a professional I had an obligation to think carefully about whether I could continue to just take people’s money for no good reason. For police, politicians and anybody involved in the law enforcement and legal profession, this duty of care required is exponentially greater.

Every time they choose to walk through someone’s door and put their names in their little black book, they should be aware that they are about to cost someone as much money as they would spend on a house, drag them through a legal process which is going to take years to resolve, traumatise them with the very real possibility of going to jail and leave them with the legacy of that trauma for years or decades into the future.

Basically they had better have a very good reason for it. Normal people do not so much as consider exploiting this power in order to intimidate an entire state into staying home, only psychopaths think like that. 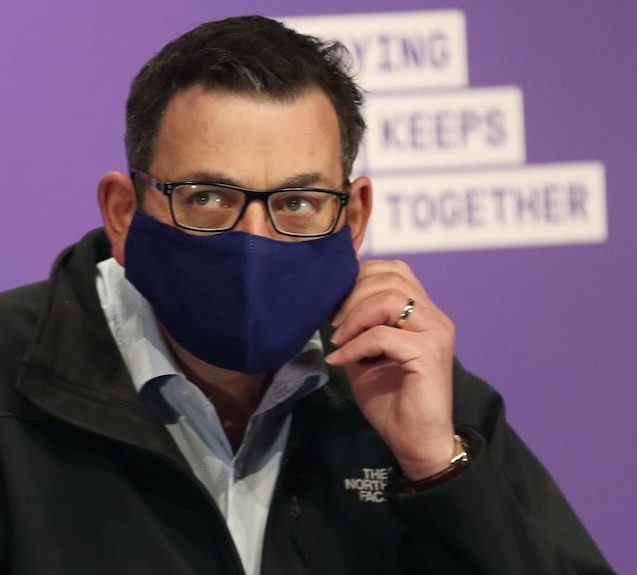 Zoe Buhler absolutely should sue, and it looks as though momentum is underway to do so:

“I think it’s disgusting our rights and freedoms were taken away. I’ve pretty much felt that way the whole time.

“I’ll be considering my options going forward, especially with regards to being handcuffed while pregnant.”

“In the end justice will be served where it is needed. It’s important to stand up for what is right.

“I guess my message for Dan Andrews would be, I hope one day you’ll have your day in court.”

Our political leaders and the goons who followed their orders are guilty of warcrimes. The precedent has been set since the end of the Second World War that it is reasonable to pursue the perpetrators of warcrimes until the end of their lives, even when they never committed warcrimes in the first place.

We have the footage of everything that happened in Victoria during 2020-21. The internet is forever. The perpetrators of Covid Tyranny should not have a good night’s sleep. Even if it takes 10, 20 or 30 years, they must have their day in court.