Dreaded supermarket product limits have returned as Covid and the flu wreak havoc on the health of Australians.

Stock levels of products popular among people battling illness have been dwindling for weeks, leaving Coles and Woolworths with no choice but to reintroduce strict buying caps.

Coles customers across the country have been limited to two packs of facial tissues per person, with a two pack limit also being placed on Woolworths tissue products nationwide.

Tissues are the new toilet paper.

Supply issues had been touted the main cause of the limits in both Coles and Woolworths.

“Given the recent cold snap and early start to the flu season, there’s been increased demand for a range of medicinal and paper goods products including cold and flu tablets, throat lozenges and tissues.”

“Supply of tissue has been particularly impacted, so to help ensure more customers have fair access, we have implemented a two pack per customer limit on all tissue products across Australia.”

It’s called rationing. Oh how the tables have turned.

Consumers have meanwhile been venting frustrations online over difficulty in sourcing common painkillers.

Popular products have also seemingly become difficult to buy online, with Panadol tablets unavailable via the Chemist Warehouse website for people on the country’s east coast.

Let me ask you a simple question. In the circle of people you know, is everybody who took the vaccine getting sick at the moment while the purebloods are fine? Most people I know are seeing this too.

Post-vaccine mandate, deaths have spiked while birthrates are plummeting. Supermarkets are also blaming the massive flooding in NSW for supply issues. Intriguingly, people are making jokes about cloud seeding. 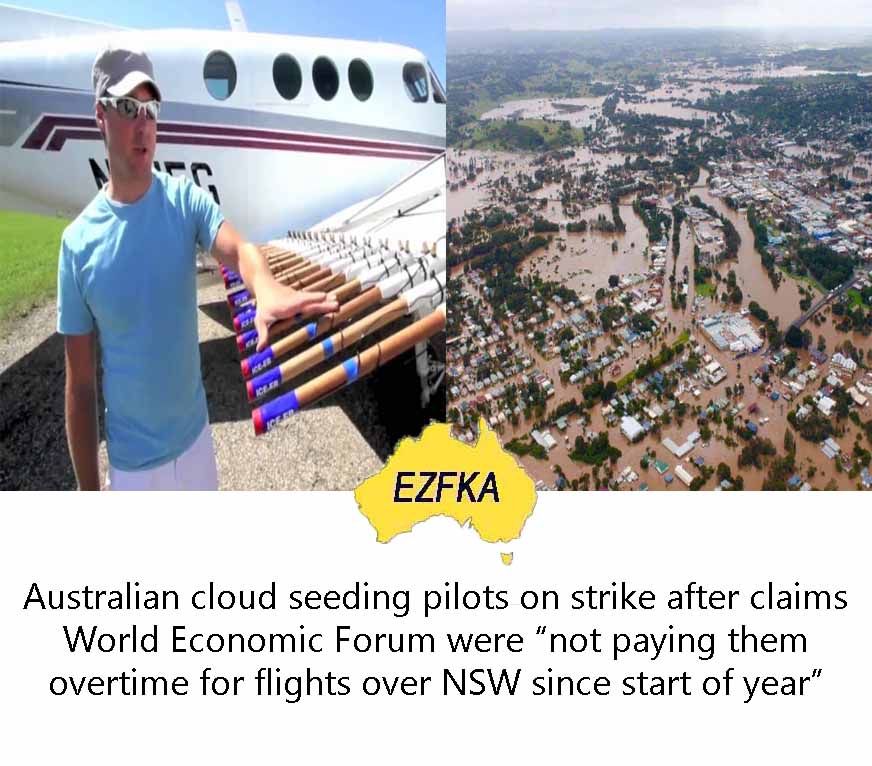 Yet, companies are openly boasting with straight faces that they can change the climate.

The systematic attack on the food supply chain we have seen in America is well and truly underway in Australia. The Victorian government is tabling legislation to allow its goons to destroy backyard farms, while the NSW is driving hysteria over a bee virus and the Lying Press is going mad over foot and mouth disease, setting the scene for mass culls:

After decades of being free from foot and mouth disease (FMD), in May the deadly virus crept back into Indonesia and it has now reached holiday hotspot Bali.

Matt Dalgleish, a farming analyst with Thomas Elder Markets, said the hundreds of thousands of Australians expected to visit Bali over the coming months are now an unwitting major bio-security threat.

“The biggest fear with Bali and foot and mouth is just the sheer number of tourists.”

Dalgleish said tourists with infected footwear or clothing can easily carry the virus home, and warned Australian airports would need to be on high alert.

A single case detected anywhere in Australia would immediately trigger a nationwide ban on all movement of cows, sheep, pigs and goats, he said.

Exports to the world would also be shut down, he said, including the turning around of any boats bound for international markets.

“The estimate of cost is as high as $100 billion,” Dalgleish said, calculating the level of long-term damage that could be inflicted on farmers and the economy.

“We immediately lose access to our export markets until we can demonstrate we’ve isolated the incident and ensured we’ve got it under control and it’s been eradicated.”

That, Dalgleish said, could take months or even years.

It may be difficult for our governments to reintroduce lockdowns and mandates again, but one thing they have achieved is to normalise disruption to our daily lives. The populations of the current year West are addicted to the comforts and convenience modernity provides. The social engineers have figured out that it only takes a little manipulation of access and supply in order to alter the behaviour and expectations of the masses in their desired direction.