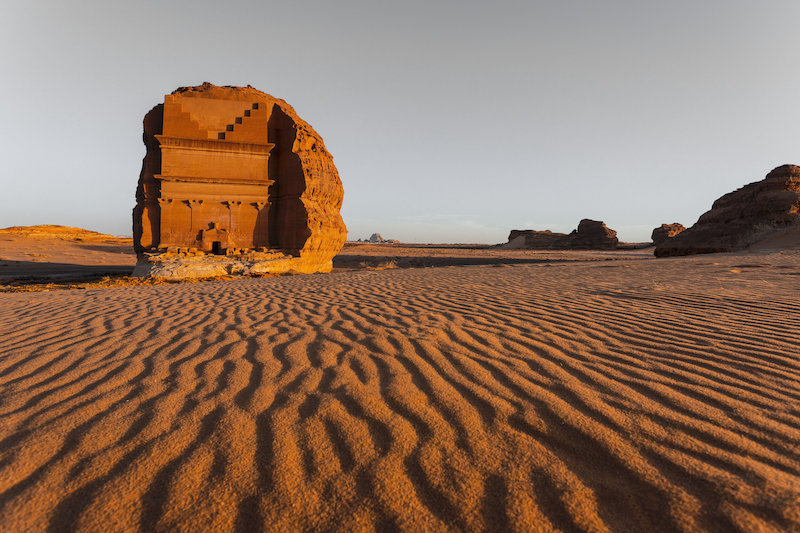 So my time is wrapping up in Saudi Arabia. I should be out of the country within a couple of weeks. This is due to the conclusion of my contract. My job was to come in and set up the operation, and that has been satisfactorily achieved. And this is a real departure, as I am moving on from the company which I have worked for over the last five years from the time when I arrived in the Netherlands.

Saudi has been fascinating. I have never before, in all of my travels, experienced such a disconnect of reality since I arrived here in the desert. Much advice from well meaning souls was given to me before I came down – steer clear of the police, being the most common nugget of dross.

I am sure that you have your own preconceptions of what this country is like, seeing as it is so routinely disparaged and denigrated whenever it is mentioned. Even now it is under attack from Western media for its shocking audacity in daring to set up a golf competition. Much baloney is made of their abuses of “human rights”, a term which I place in inverted commas because it is entirely nonsensical. Human rights don’t exist; laws exist and the best laws are those that come from God. Are the Saudis’ laws then irrelevant because they worship a different God? I don’t think so at all. I believe from my experiences here that they have their finger on the pulse in a far better way than any of us unfortunates who hail from the modern West.

So what is life like down here? Crime is non existent for a start. Walk anywhere at any time of day or night. The police, in the few interactions I had with them, have not only been polite but downright friendly. The trend of public servants is to be happy to see you. Strange, I know, but that’s because we ourselves live in a parallel universe infested by the demonic.

I have had many business dealings down here, with Saudis, Syrians, Indians, Pakistanis, Yemenis, Egyptians, Armenians, you name it. I met some, shall we say, tricky individuals, but overall it has been a most satisfying experience. The Syrians in particular were a joy to deal with. I asked them about their countrymen currently terrorising Europe. Their response was that when you take guys out of remote peasant villages and stick them in the middle of debaucherous cities then they’re going to go berserk.

What there is in Saudi, as opposed to Western countries, is freedom. You can largely do what you want here as long as it isn’t criminal activity. Of course, it isn’t perfect, no place is. There is a big gap between the haves and the have nots. But everyone here is getting on with it. You don’t see beggars or homeless people. There is work and that is what people do.

And the Saudis themselves? In general, lovely people. Extremely proud of their country and so very enthusiastic for outsiders like us to come and experience it. Mind you, I wouldn’t come in summer as I have seen temperature numbers that I never knew even existed.

One final word about the women, because that is what the West really gets its knickers in a knot about. My receptionist was a young Saudi lady. Dressed head to toe in her ninja outfit. A lovely girl with a devastating sense of humor, a hard work ethic, and a general joy to be around. She spent her weekends either with her family or going shopping with her friends in one of the outrageous malls that emerge from the desert like oversized stranded alien flying saucers. Other Saudi women that I met were just as friendly, open and outgoing. And the ones that I managed to see were stunners, absolute stunners. No wonder they keep them covered up.

The moral of the story, as always, is that whatever you hear on the mainstream media is a triple helping of grade A bullshit with extra bullcrap on top. Something to keep in mind for other countries and people that they routinely denigrate.

So thank you Saudi Arabia, I had a blast, and I will never forget your kindness and hospitality. I very much hope that your country goes from strength to strength. As for me, now I have to work out where I’m going. It’s been a five year stint to the day since I rocked up in the Netherlands with my now ex-wife, and it’s been a hell of a ride. I really haven’t stopped in all of that time, so what I need now is a few months doing not very much at all, hanging out with people that are dear to me, and planning my next moves.

I think you can all guess where I’m going. Bring on the summer.