This is so typical of conservative media.

The headline is How liberal policies have killed black communities by Clarence Thomas. New York Post is one of the few MAGA-friendly publications in the mainstream media, owned and controlled by Rupert Murdoch’s News Corp, and is supposedly the preferred newspaper of former President Donald Trump. It’s also the oldest continuously-published daily in the United States, founded in 1801 by Alexander Hamilton as the New York Evening Post. So it has a big influence on “populist” or “nationalist” Trump voters, who are overwhelmingly White and working class.

The question is: why should hard-working White folks even care about what liberal policies have done to Black communities?

Liberal policies have been annihilating White communities in America for over 50 years. Black communities, on the other hand, have benefitted from enormous racial subsidies, special laws to institutionalize Black racial privilege in hiring, housing and education. The fact that Blacks are worse off from these advantages is certainly more a byproduct of the Blacks themselves rather than any liberal intent to harm them.

On the other hand, both liberals and conservatives have for decades signed off on policies that were designed to break up and destroy White communities, and make Whites second-class citizens when it comes to hiring, housing and education. Whites are  increasingly even at an institutional disadvantage in the criminal justice system, with “hate crimes” laws and policing enforcing a brutal double standard on White people. White police officers are condemned for doing their jobs, while Black criminals are let off the hook for egregious crimes by liberal prosecutors and judges.

The New York Post would never venture to suggest how liberal policies have destroyed White communities, and neither would any other conservative publication—no matter how friendly to Trump and Trumpism—because it is the business of conservatism to deny that “White communities” even exist!

Blacks have “communities” while Whites are merely are a collection of “individuals” pursuing their “rational self-interest.” This is the mantra of deracinated conservatism. Yet it’s worse than that: by offering up friendly Uncle Thomas as the spokesman for what’s wrong with the government’s racial policies, News Corps is sending the message to Whites: your criticism of the racial policies of the State is not morally valid, unless legitimized by a Black voice. 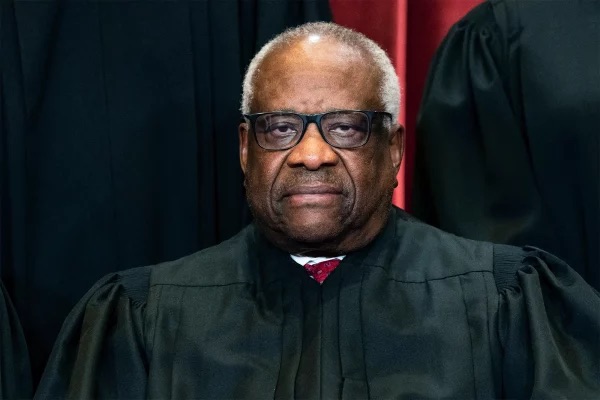 This reminds me of the old leftist anti-war habit of not being comfortable talking about the plight of Palestinians, unless one can find a Jew to represent their cause. Even Ralph Nader used to say, “of course what Israel is doing to the Palestinians is wrong, look here at all the Jews willing to say so!” As if the Palestinians needed the opinion of any Jew to legitimize their struggle for basic human rights and sovereignty.

As Whites, we have a community and we have interests whether or not there is a single nonwhite who agrees. Our communities have been harmed far more than Blacks by the racial policies of the government.

And we can criticize those racial policies on the basis of their impact on White communities alone, without making a cowardly appeal to their effect on Black people, or without any conservative Uncle Tom giving us his blessing to morally legitimize our position.