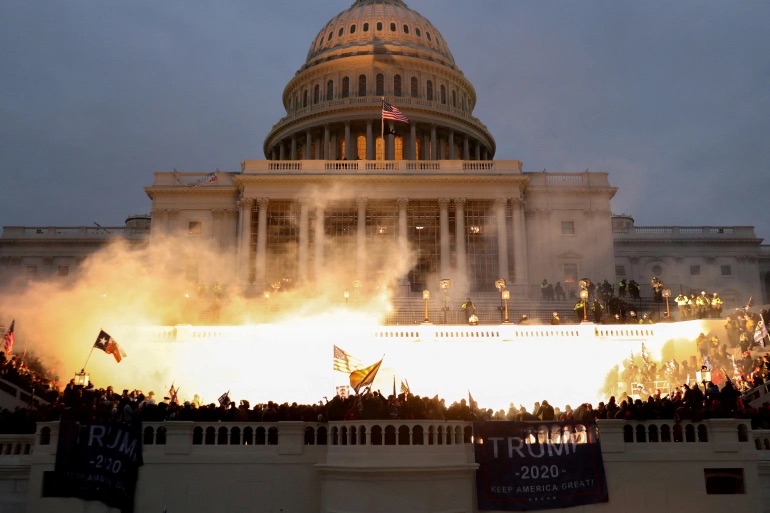 In The Prince, Machiavelli writes that it is important to “never do an enemy a small injury”. In other words, if you come at an enemy you must leave him in a state that is quite incapable of revenge. Over the years this has morphed into the line, ‘If you come at the king then you had better make sure.’ You don’t want to miss when making a strike.

What is not discussed in this context is the very great danger of being unsure of your own intentions. A miscommunication can be just as deadly as a wayward strike. It is enough for the king to think that you swung at him in order to take his revenge, whether or not the perceived strike was in fact real.

There is happening at this time an inquiry into the supposed insurrection in the U.S. capital, the infamous January 6th protest. There are many citizens rotting in jail for having participated in that event, held for over two years without charge. Political prisoners of the world power that has one rule for everyone else and one rule for itself when it suits it.

The general consensus is that the January 6th event was a protest that got out of hand. A protest against the stealing of the presidential election from Donald Trump. There is also much chatter that the FBI orchestrated the invasion of Capitol Hill by encouraging and provoking the crowd with agents and paid agitators planted in their midst.

While all of this may be accurate, it doesn’t take away from the very great folly of the protestors who found themselves marching into the government buildings. For they entered with no clear idea of their goals, nor even of their intentions. If your own intentions are so opaque as to render you uncertain of them, what then to your opponents’ minds in the heat of the moment? Caught up in an event that is on its way to getting seriously out of hand, the politicians who were the target of the misdirected frustrations could only speculate in real time at just what was coming for them. 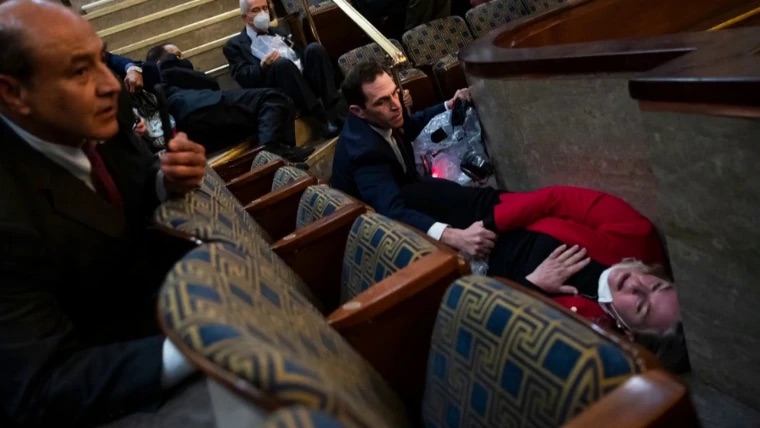 There are photos of politicians in the House cowering in fear while lying prone on the benches where they usually sat in vainglorious pride while luxuriating in their own power. They were terrified because they did not know what was coming and thus they only had their own guilty consciences to examine in real time. No doubt as their imaginations ran riot with detailed knowledge of their crimes and betrayals of the American people, they would have easily convinced themselves that the protestors that were making their way through the politicians’ sacred ground were hell bent on inflicting the most terrible revenge.

It must be a terrifying thing to feel the gallows approaching and discovering that what you had always suspected about your true nature in the face of mortal peril to be true. Cowards really do die very many small deaths as they scramble to avoid the inevitable. They thought they knew what was coming and they knew that they deserved their fate.

But the politicians had been humiliated. For a brief period of time they had been convinced that they were about to receive their just desserts. And so once the realisation came that they had soiled their pants for nothing, then no act of revenge is so petty for such cowardly men.

The danger of mass protests for the participant is that once you are in the crowd, you are of the crowd. The actions and motivations of the crowd become your own, whether you like it or not. What this event has made clear is that if you are going to march on government, then you had better damn well make sure.

As with the Canadian truckers movement and the Covid tyranny, the January 6th protests have shown the modern Anglo-Saxon to be weak and indecisive when attempting to remove the jackboot from his neck. He meekly submits to multitudes of small injuries against himself while feebly striking out when he thinks he has been pushed too far. He suffers from the worst of both worlds in this regard. Our politicians are weak because they represent who we are. They are a reflection of our own lost way and of the false hopes and secular beliefs where we have laid our loyalties. Our lack of spiritual strength and power is laid bare in their inadequacies and in our response to it. We do not need to overturn our politicians. Rather, we must overturn our own worship of false idols.