It turns out that all the people who died suddenly in the last year and a half died of Sudden Adult Death Syndrome… Were they drunk when they came up with this one?

Young people with a particular family history are being urged to get their hearts screened even if they are fit and healthy, as they could be at risk of Sudden Adult Death Syndrome.

Sudden Adult Death Syndrome, or Sudden Arrhythmic Death Syndrome (SADS), is an “umbrella term to describe unexpected deaths in young people”, usually under 40, when a post-mortem can find no obvious cause of death, according to the Royal Australian College of General Practitioners (RACGP).

Maybe the medical profession is just getting lazy? I mean, they’re not even trying:

While national figures are not available, Melbourne’s Baker Heart and Diabetes Institute is developing the country’s first SADS registry, which it hopes to eventually roll out across the country.

“In our registry, there are approximately 750 cases per year of people aged under 50 in Victoria suddenly having their heart stop (a cardiac arrest),” a spokeswoman said. “Of these, approximately 100 young people per year will have no cause found even after extensive investigations such as a full autopsy (the SADS phenomenon).”

They have basically just made this up to cover for the fact that there have been a whole lot of people who “died suddenly” recently. 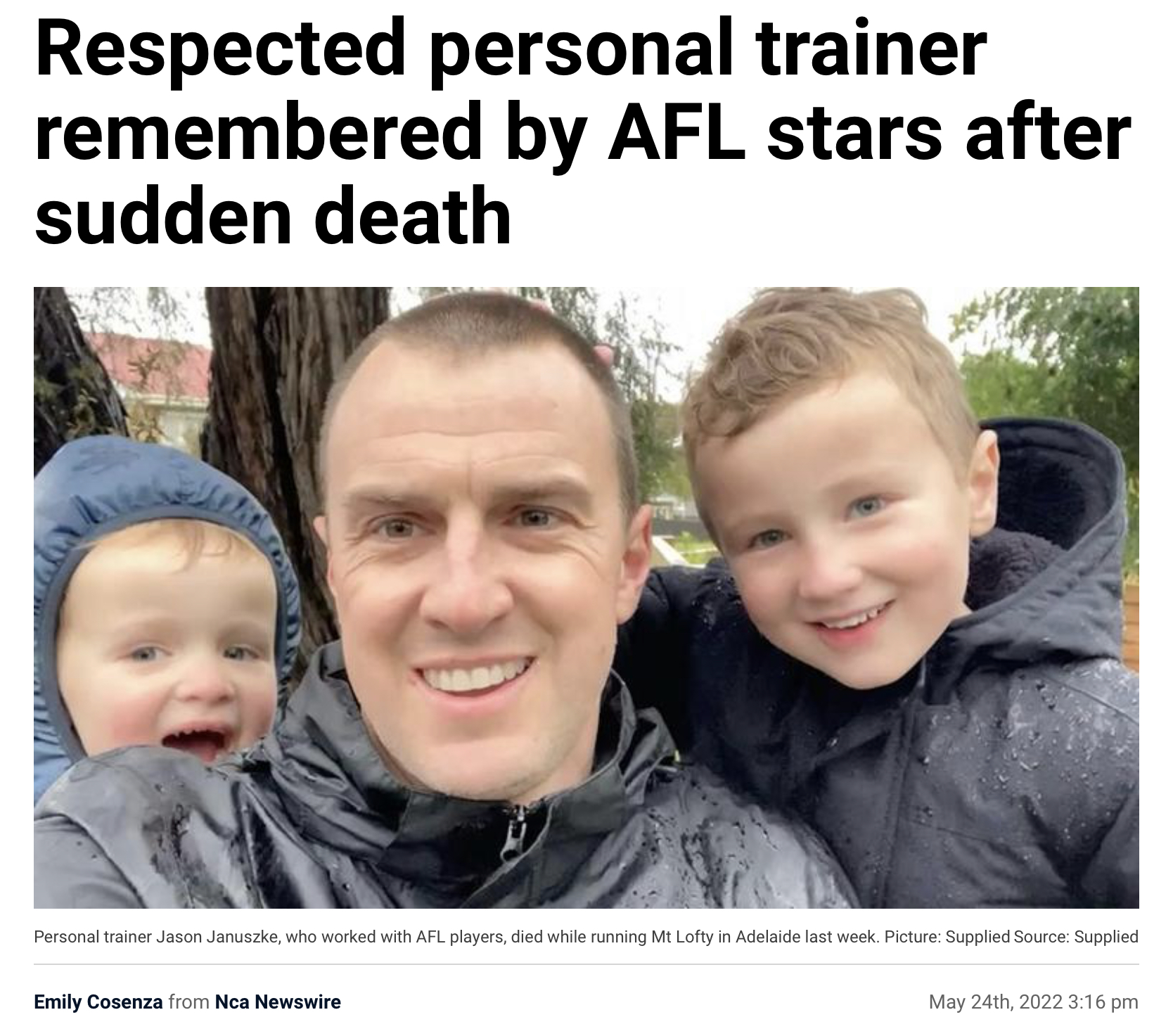 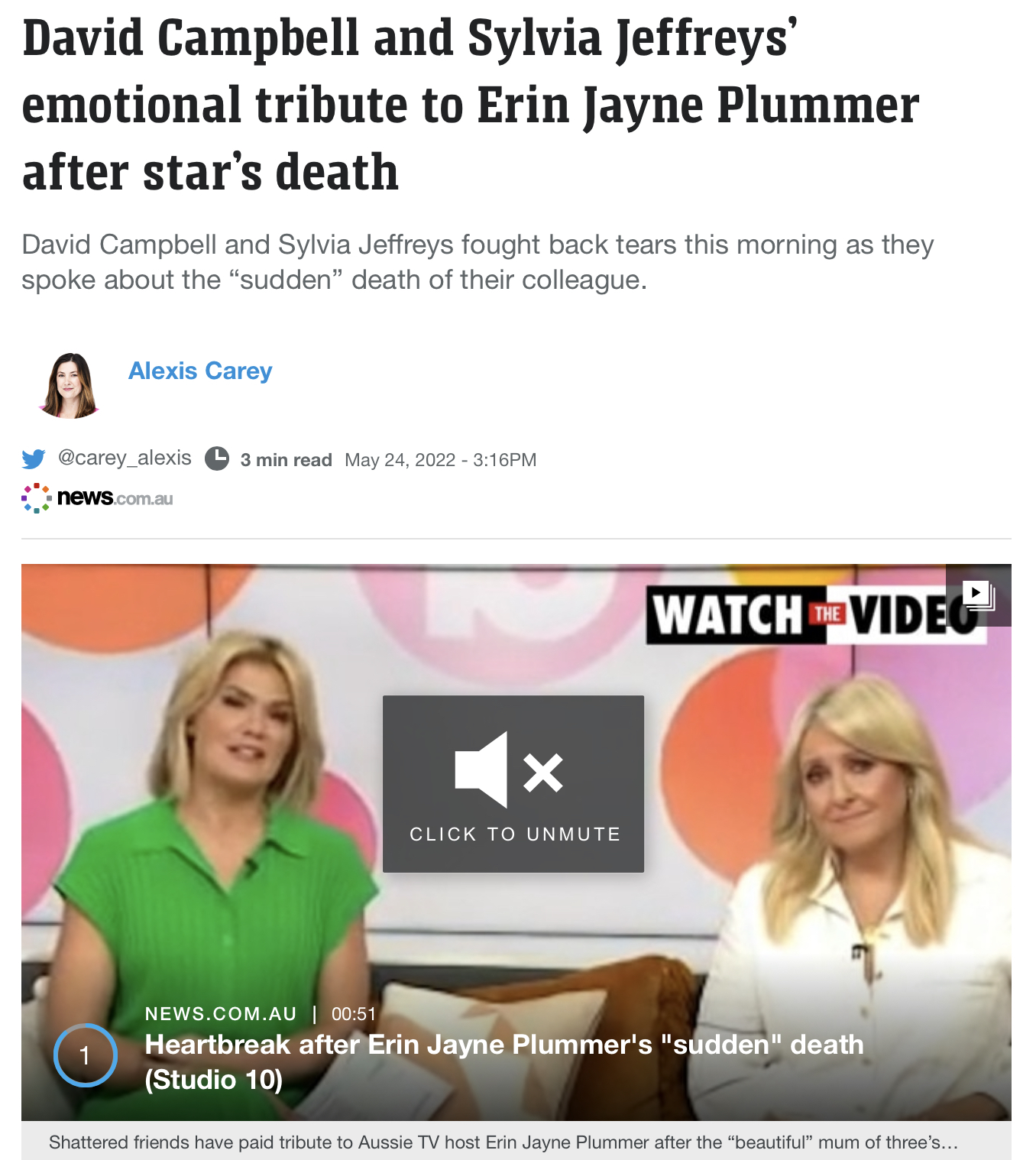 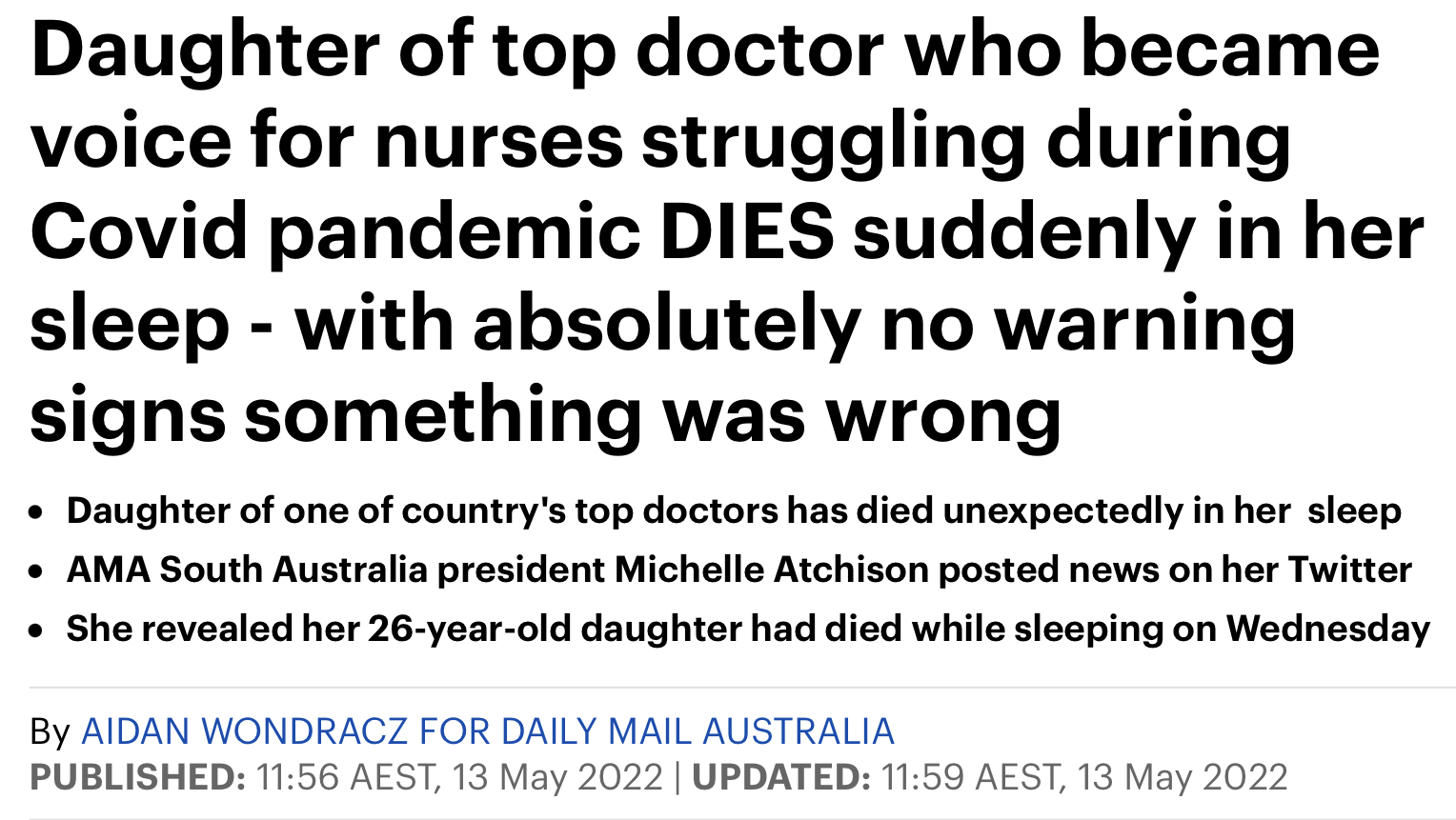 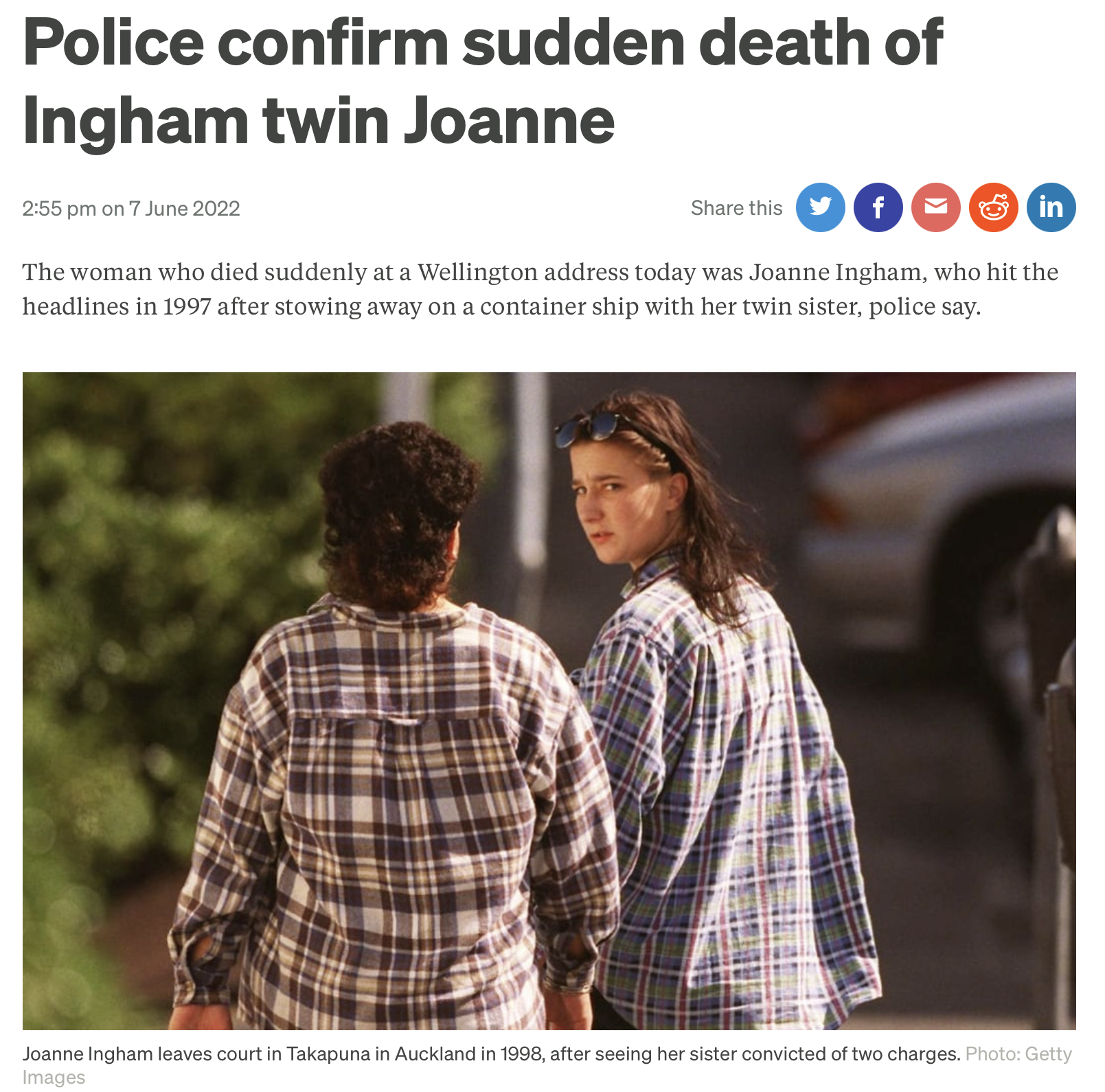 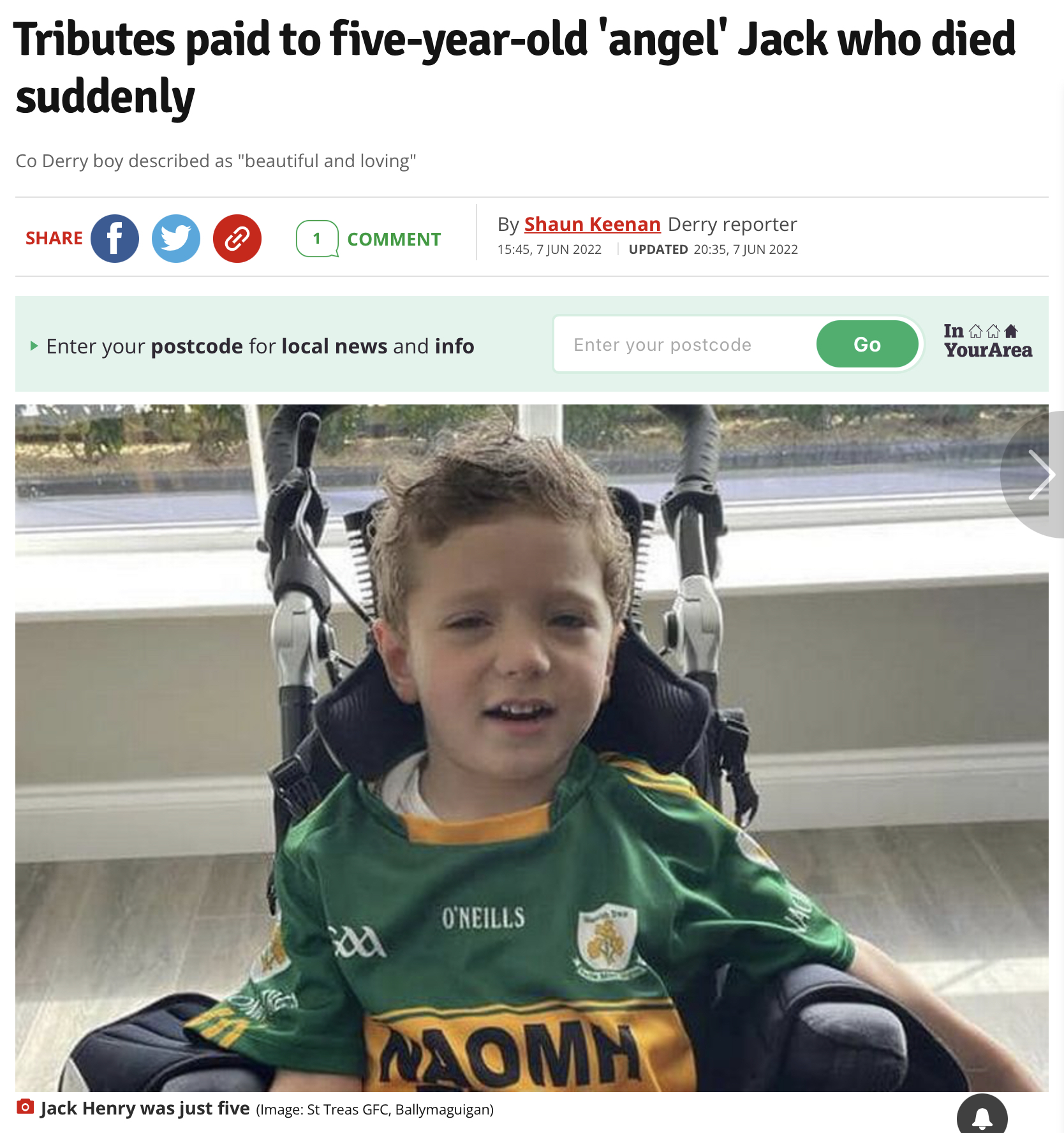 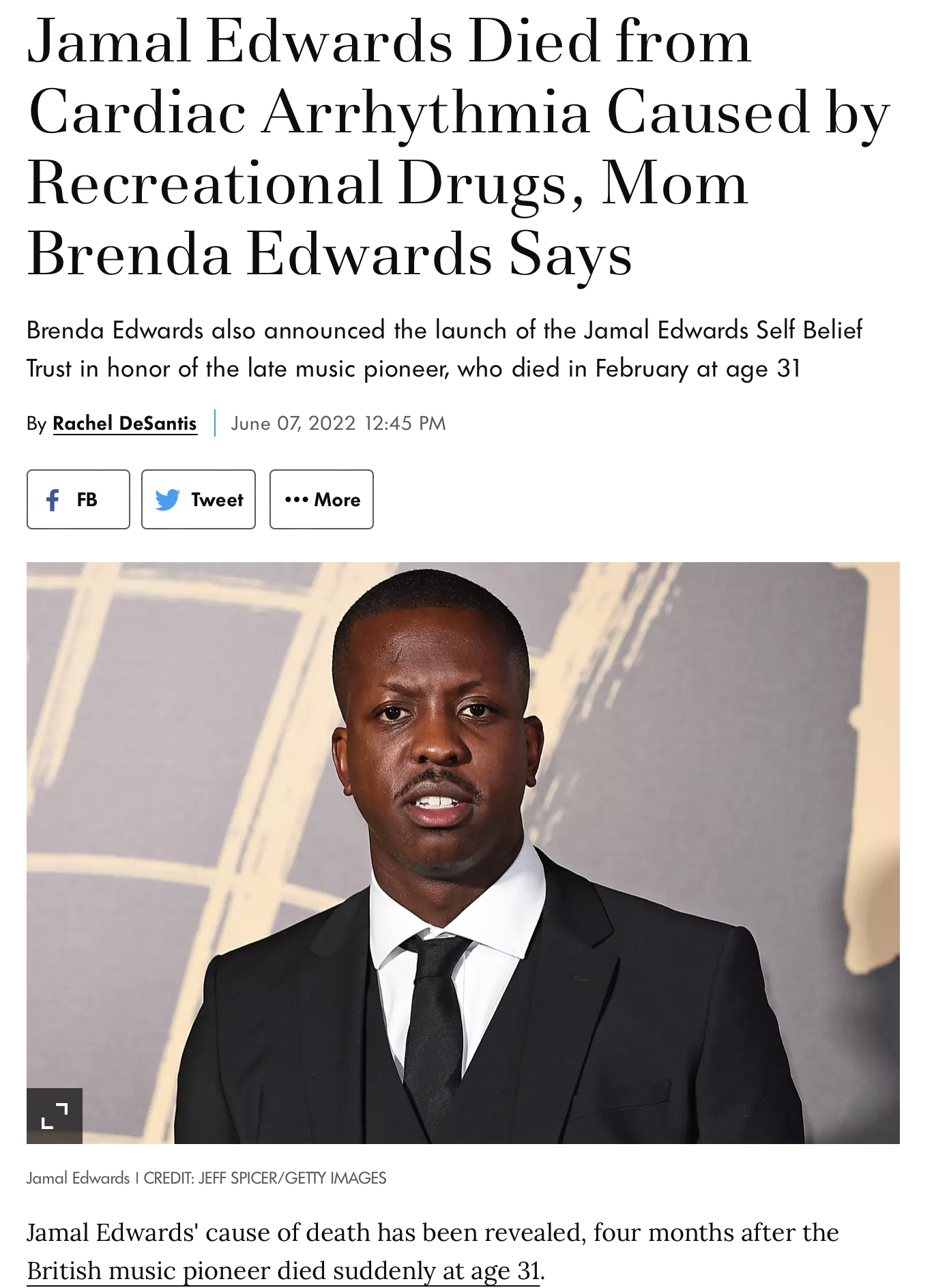 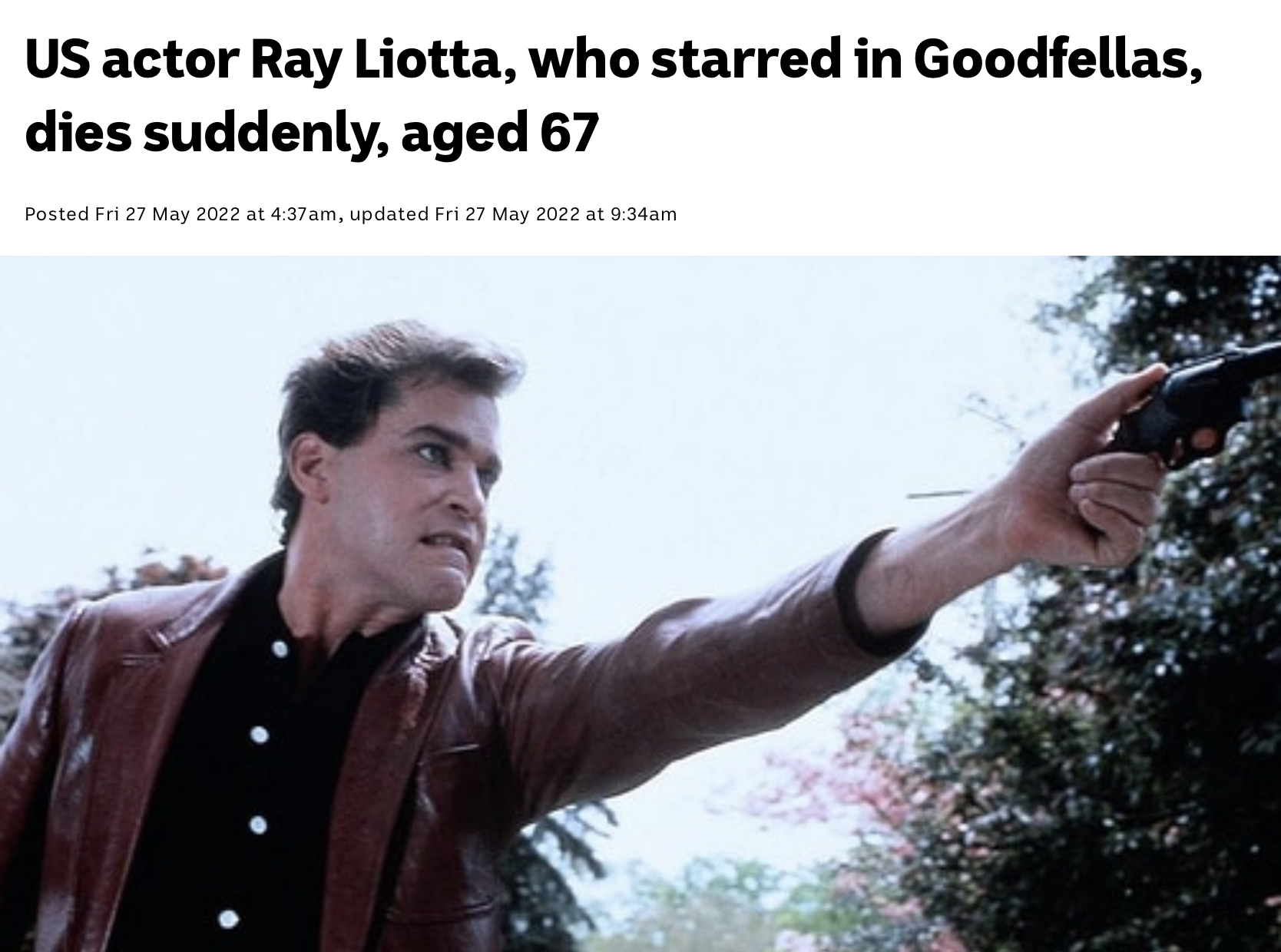 That’s just the first one and a half pages of a google search for “died suddenly” and it’s only stories from the last few weeks. I have never seen so many stories about people just dying suddenly in all my life. Something like this has never happened.

They’re not even trying to blame it on Covid. We sure as hell know that they deliberately inflated the figures of Covid deaths to make the plandemic seem scarier and justify the lockdowns ad vaccine mandates. ScoMo tacitly admitted this.

Instead, they’ve had to invent an entirely new category of death – “died suddenly” – to explain why so many people are dying suddenly.

Cardiologist and researcher Dr Elizabeth Paratz said Baker’s registry was the first in Australia and one of only a few in the world that combined ambulance, hospital and forensics information.

“(It allows you to see) people have had the cardiac arrest and no cause was found on the back end,” she said.

Dr Paratz said the lack of awareness around the issue was likely because “a lot of it takes place outside of traditional medical settings”.

“The majority of these SADS events, 90 per cent, occur outside the hospital – the person doesn’t make it – so it’s actually ambulance staff and forensics caring for the bulk of these patients,” she said.

That is the first accidentally honest thing this Lying Press article has said. We are only seeing the tip of the iceberg. “Died suddenly” has gone global. We are in the midst of the greatest genocide of all time.

This cannot be stressed enough. Liberal, globohomo democracy is inflicting the greatest genocide of all time on the entire globe. This makes democracy is the most evil political ideology of all time.

For family and friends of victims, SADS is a “very hard entity to grasp” because it’s a “diagnosis of nothing”.

“All you know is it wasn’t drugs, suicide, trauma or heart attack,” Dr Paratz said. “You’re still left wondering what it was.”

It’s not a wonder at all. Doctors and the Lying Press are gagged from talking about the fact that there is strong evidence of a direct causal link between the Covid not-vaccines and heart attacks.