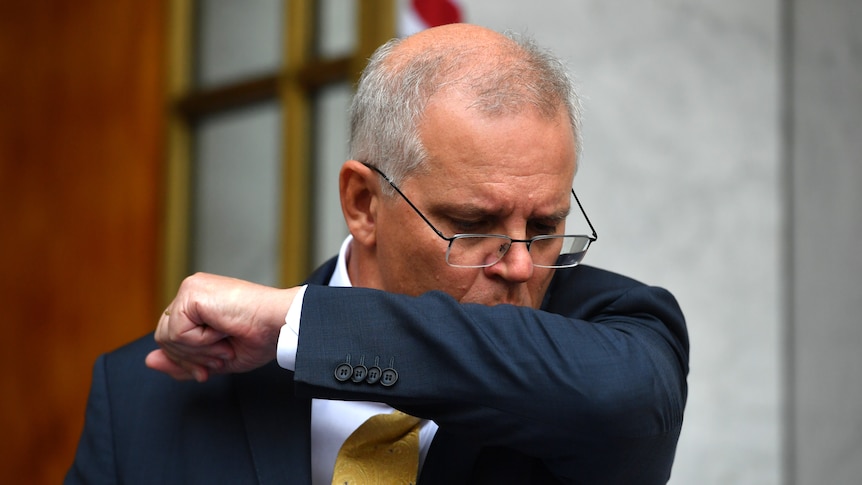 During the Covid lockdowns, realists pointed out that governments around the world were inflating the danger of Covid by blurring the lines between people who had died as a direct cause of Covid, ie “from” Covid, and those who had died from other causes but with Covid in their system, ie “with” Covid.

Governments justified lockdowns on the grounds that it was protecting those with “underlying conditions” who were the most vulnerable, while simultaneously using the deaths of the elderly, cancer patients and the morbidly obese to exaggerate the Covid death rate.

Those of us who pointed this out were labelled conspiracy theorists and terrorists.

Now that it’s an election year, Australian Prime Minister Scott Morrison is saying exactly what we were saying for two years.

Wow….it only took 2 & a half years of fearmongering & making everyone’s lives miserable to make the distinction between “with” & “from”! Many of us already knew this but we were called every name in the book! https://t.co/3hDo5VRCTb

“As the number of cases has risen, that’s what was always going to happen – as part of the national plan that we put together with the states and territories, the case numbers would rise, and there were some 53,000 [cases] yesterday,” he told reporters in Armstrong Creek.

“What you see when you have case numbers of that level is that people, when they pass away from many other causes, they will die with Covid, and their deaths are recorded as Covid deaths – but that doesn’t necessarily mean … that they passed away because of Covid, that’s a very different proposition.”

That’s the sort of thing which would have gotten you banned from Twitter pre-Ukraine. So what changed?

Scott Morrison is playing his role as lockdown good guy, while former lockdown bad boy Daniel Andrews has been reduced to begging Victorians to mask up and stay home.

The flu is back…and he won’t “tell you” but he will “ask you” apparently to get a flu shot now. It’s the health system under pressure, again. pic.twitter.com/ZYzwCpZI4g

He cannot lock us down for the next 5-6 months. Watch out after that.

Even with wall to wall Lying Press support, totalitarian lockdowns and Soviet-tier police brutality are not electorally popular. Thus until May 21 federally and November in Victoria, the major political parties have to pretend that they offer genuine choice to voters, that voters hold influence over government policy and that the democratic mandate of governments exists only so far as they keep the promises they made during the election.

In what is superb timing for whoever wins the poison chalice of government from May 21, the World Health Organisation will be meeting from May 22-28 to ratify a treaty making its Covid regulations mandatory for member states, ie, us.

Daniel Andrews’ government has tabled a bill giving it the right to destroy food on the grounds of public safety, in what seems an open and shut case of legislating absolute reliance upon the state for food upon Victorians. It is straight out of the WEF playbook, not to mention the playbook of Soviet rulers during the 1920’s and 30’s.

While our governments play nice, in tandem with a web of international institutions they are laying the groundwork for the next stage of engineered crises designed to bring about world government. They also seem obsessed with collecting all our data so they can live forever.

We’re going to have to destroy all the computers.