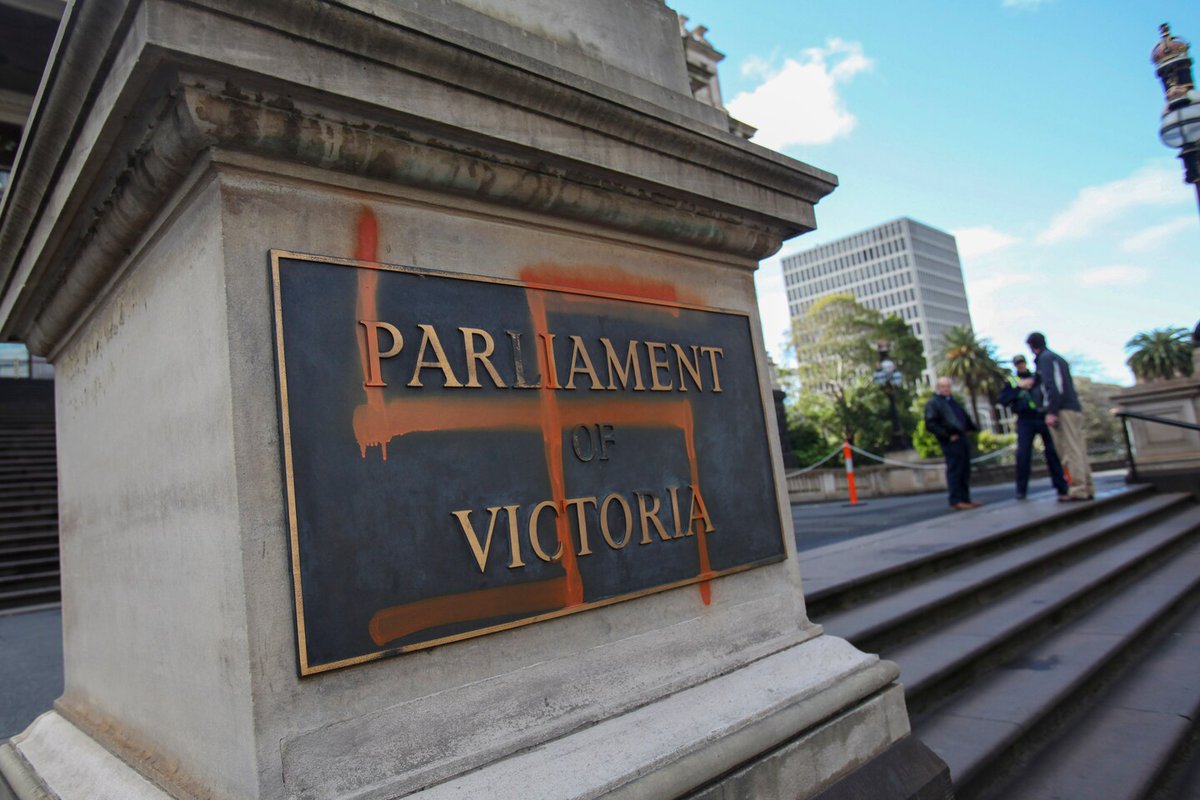 The Victorian state Parliament voted to ban the public display of the swastika. Originally there was to be a 6 month grace period but instead it was banned immediately. The following is from the Victorian Parliamentary website:

Victoria has become the first jurisdiction in Australia to pass legislation banning the public display of the Nazi swastika (Hakenkreutz).

It creates a criminal offence which prohibits a person from intentionally displaying a Nazi symbol in a public place or in public view if the person knows, or ought reasonably to know, that the Nazi symbol is a symbol associated with Nazi ideology.

So why are we banning a symbol that was legal when we were at war with the country that used it, that has been legal for 77 years after the end of that war?

Why is it more offensive now than to the people who fought against it?

Why has it taken the Victorian Parliament 77 years to ban?

Because this isn’t about the past, it’s not even about the Nazis, it’s about the war against symbols. I’m sure you’ve heard the phrase ‘words are violence’ or ‘silence is violence’, to these people symbols are also violence. Because all opposition to Liberalism is regarded by Liberals as violence. What’s important to understand is that all opposition towards Liberalism is in line to be destroyed, by first being denied. That happens by proclaiming (and pretending) that something is shocking, it then proceeds to making that thing controversial, which moves onto calls for it to be banned. If it is banned then it can and will be used to persecute those who they have already been persecuting, but now it is backed by law and the full force of the state.

This week we had another controversy when the the leader of the Greens moved the Australian flag out of the way of the cameras for his press conference, yet left the Aboriginal and Torres Strait Islander flags in place. He said that:

“For many Australians, this flag represents dispossession and the lingering pains of colonisation.”

So would the leader of the Greens vote to ban the Australian flag?

I think we all know the answer, I think most of us knew it before this week.