Abortion is not simply murder. It is mass, industrialised ritual sacrifice to Satan. It is a miracle that just as satanism begins to be pushed openly on children: 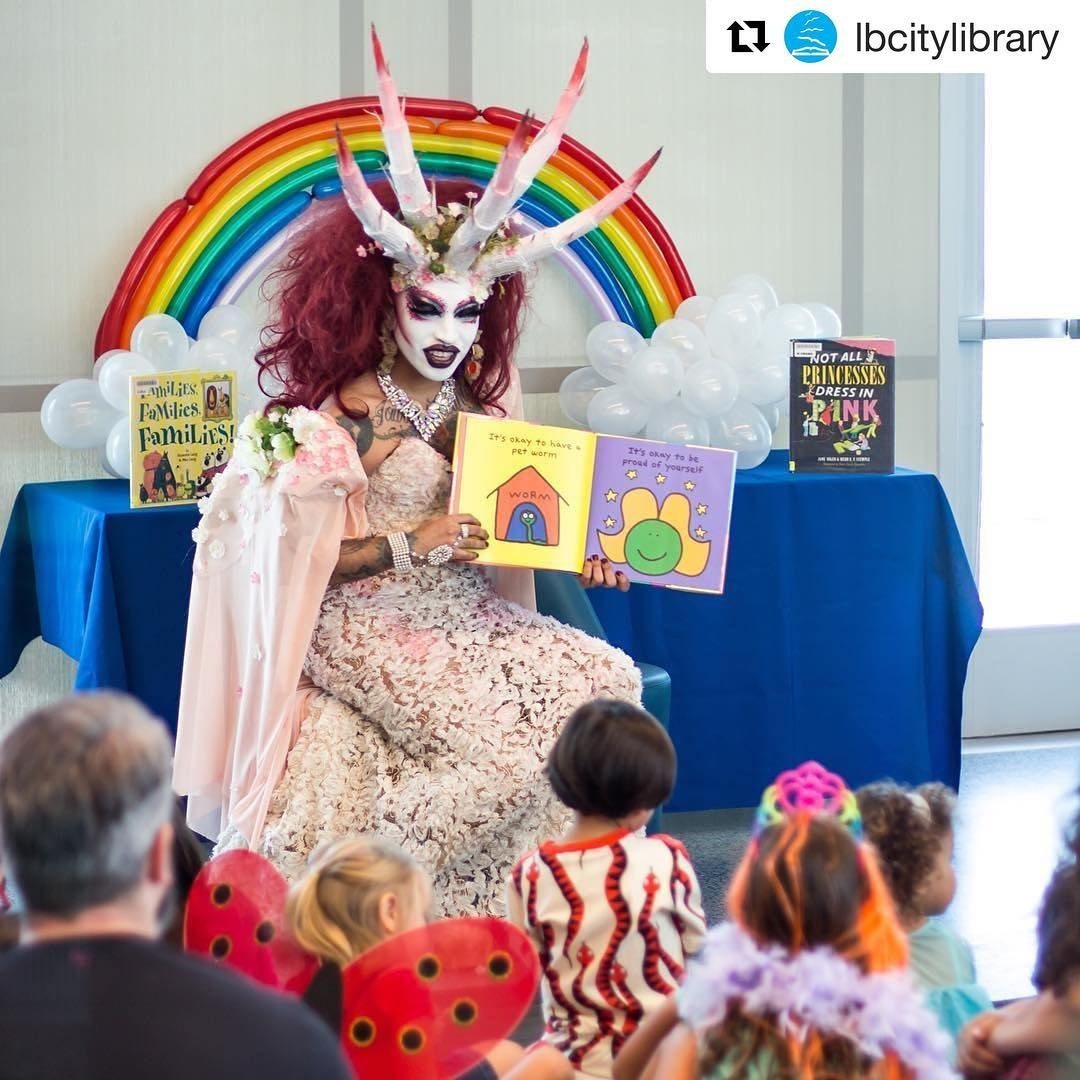 God’s people have fought back and won to protect children:

The United States Supreme Court has overturned Roe v Wade, the landmark 1973 decision which recognised Americans’ constitutional right to abortion and legalised it nationwide, handing a momentous victory to Republicans and religious conservatives who want to limit or ban the procedure.

The court, in a 6-3 ruling, upheld a Mississippi law that bans abortion after 15 weeks.

We now understand why the far left in America lost the plot when Justice Ginsberg died, and why they fought so dirty against the Kavanaugh appointment. Pro-life advocates, ie people who are not psychopaths, understood that a conservative majority on the US Supreme Court, courtesy of two new appointments while Trump was in office, meant that this was the moment to stand up for the voiceless.

So they pushed to ban abortion after 15 weeks in Mississippi, knowing it would be challenged by the far left, and would eventually make its way to the Supreme Court where they knew they would win.

The Democrats can rig all the elections they want, they cannot overturn this.

The majority of justices found Roe v Wade was wrongly decided because the US constitution makes no specific mention of abortion.

It will now be up to individual states to decide if abortion is legal.

A draft version of the ruling written by conservative Justice Samuel Alito indicating the court was likely to overturn Roe v Wade was leaked in May, igniting a political firestorm.

Naturally, the far left are taking it well. 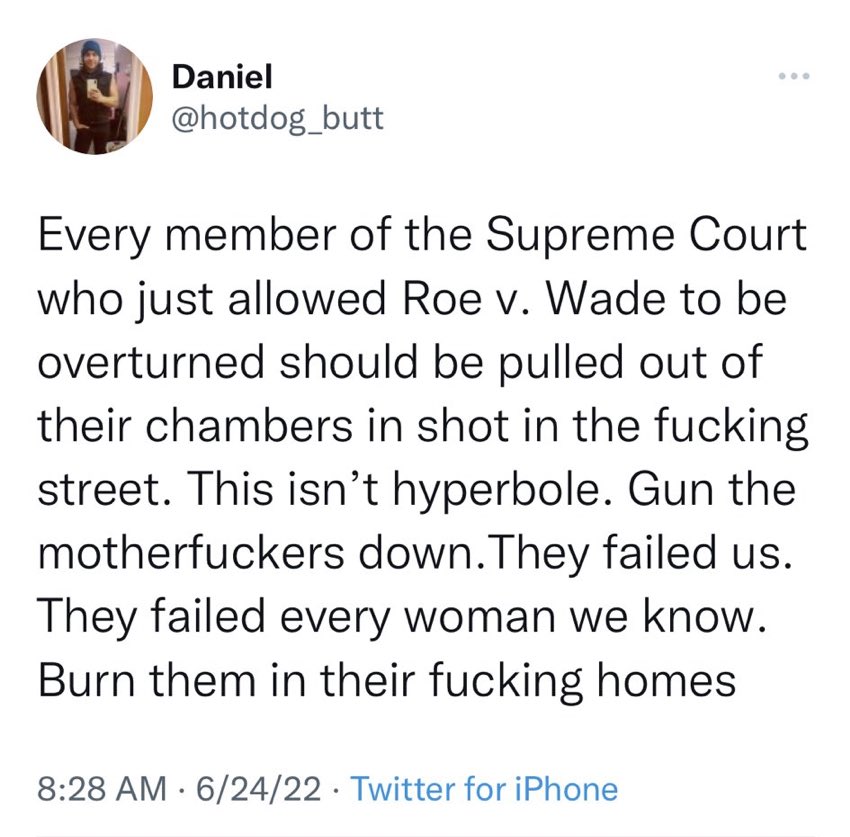 On Friday, local time, President Joe Biden said he would try to preserve access to abortion after the Supreme Court overturned Roe v Wade, and he called on Americans to elect more Democrats who would safeguard rights up-ended by the court’s decision.

“This is not over,” he said from the White House on what he called “a sad day for the court and the country”.

“Let’s be very clear: The health and life of women across this nation are now at risk.”

But Mr. President, what is a woman?

Obviously, this won’t end abortion in America. An electoral map from 2016, the last time we had anything resembling a reliable reading of America’s electoral demographics, gives us a good idea of where baby murder will take place and where it will be rightly abolished: 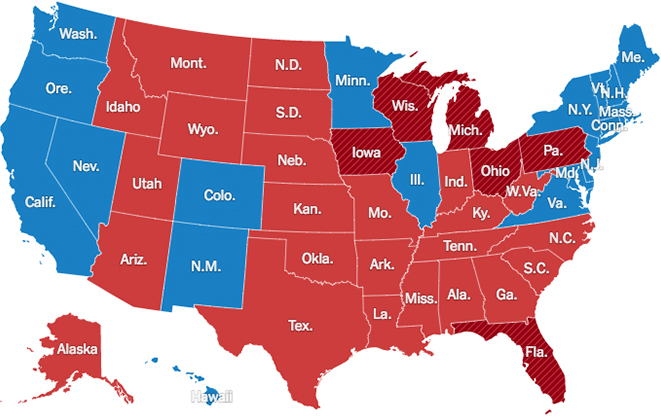 Red States are already flourishing economically compared to the Democrat fiefdoms on the coast. With the stain of abortion soon to be gone they can take a big step towards flourishing spiritually once more.

This ruling will only drive the wedge further between Real Americans and globohomo clownworld govern me harder daddy fake americans. This is entirely a good thing as it will hasten the division of America into a healthy, God fearing ethnostate on the one hand and a third world shithole on the other.

Looking at the electoral map on a county level: 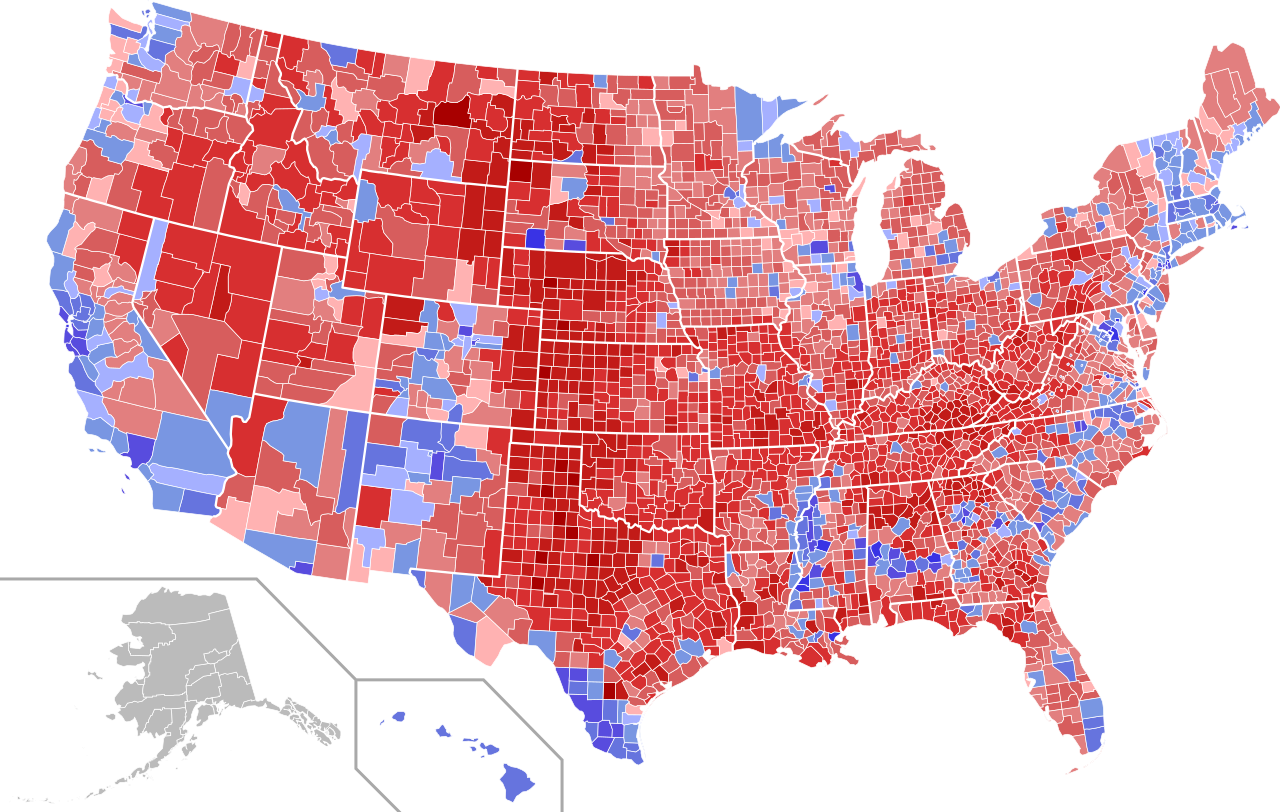 The only question remaining is how much land American patriots feel like taking.