I’d make some joke about how the Chinese intelligence gathering mission failed to uncover any intelligence in Western Australia, but here I am living in Victoria like an idiot:

A high-tech Chinese surveillance ship has been tracked off the West Australian coast, close to a secretive naval communications base that supports American and other allied submarines.

Defence Minister Peter Dutton has revealed the auxiliary general intelligence (AGI) vessel was closely monitored by the ADF as it sailed past the Harold E Holt naval station at Exmouth.

Mr Dutton said Australia had been tracking the spy ship in the past “week or so” but didn’t put an exact date on the surveillance.

“Its intent, of course, is to collect intelligence right along the coastline,” he said.

“It has been in close proximity to military and intelligence installations on the west coast of Australia.”

The Defence Minister, who described the situation as unprecedented, said he was concerned not just at how far south the ship had travelled but also that it had “hugged” the coastline as it headed back north towards Darwin. 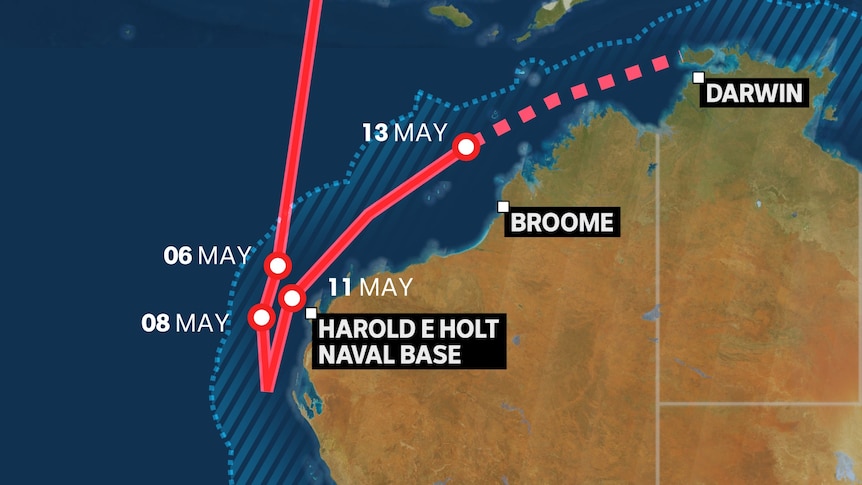 He dubbed the matter “very strange” and said he expected the ship was collecting as much intelligence as it could.

It’s interesting. They were clearly quite happy for us to know they were there.

Last month, a pact signed between China and the Solomon Islands, which would have allowed China to station military units and build a naval facility on the island, was only averted after America threatened to invade the Solomon Islands.

As America uses the Ukraine to fight a proxy war against Russia, China has in turn become more assertive in the Pacific, and now the Indian Ocean.

It is following a strategy of attrition against Taiwan, regularly flying sorties off its coast to wear down the resources of the Taiwanese military.

In sum, we can expect more sorties of this nature by China as America’s ability to project power diminishes.