Damien recently made two features on Radio and Television, firstly he is the collaborator and traitor “Michael” in a recent ABC Radio podcast, secondly he was interviewed by Nick (((McKenzie))) for a Stan production on NSN.

I first met Damien back in 2015 at an ‘Australian Young Nationalists’ meeting at Latrobe University, he was mature, respectful, tall, Aryan.

I spent time with him and even went over to his house on one occasion. While I was involved in the Anti-Islam scene, he was staying under the optics radar and involved in Christian Politics.

Damien told me he was red-pilled after going to Spain and living with a Fascist family who taught him about Christian Fascism and race-realism. Damien admitted to me that he was proudly a virgin, and I was impressed that someone who could easily get the attention of girls as he was quite handsome back then, would remain pure due to their Christian faith. I admired Damien, I thought of him as a better man than myself. In 2015 I was a hedonist and degenerate, while he was spiritually and morally healthier than me. The only other thing of note was that Damien spoke of working behind and in front of the camera, he liked acting and filming and saw that as his career path.

Damien later ran a group called ‘Australian Fascist Guard’ or something along the lines of that, and recruited people to his Facebook page, I’m not sure what his specific goals were other than to help network and build community.

In 2017 Damien came down to our LadSoc clubhouse and trained with the boys, this was around the time he joined the army. I mentioned to Damien that ASIO had started harassing us, and although local police were leaving us alone, the political police and federal intelligence services were beginning a process to dismantle our membership (we had grown to over 80 members in Melbourne in less than 12 months).

Damien didn’t seem phased by this, but I told him to keep his head down as they were specifically targeting young guys who were joining the Army or had just joined the Army. About 2 or 3 years later one of the boys told me that Damien was down in Melbourne (either on leave or discharged) and I asked him if he wanted to catch up. He agreed and then on the day sent me a message saying he “wasn’t feeling well and was going through a lot at the moment”. I passed this on to the boys and they told me they heard rumours that ASIO was harassing him.

Fast forward another 2 years and some interesting things have occurred. Prior to collaborating publicly with jewish and antifa journalists I noticed that his Doxx had been taken down from the infamous “Anarchist” (system-pig lib-shit) doxing page here in Australia. This only occurs for those collaborating with the State as part of a request for a “clean slate”.

The last 2 years of his social media show a few things; He is horribly isolated, alone and depressed.

He tweets constantly about man-child nonsense regarding computer games and marvel movies.

He has gained probably 20kgs especially in the face which is consistent with high dosses of psychiatric medication. He is desperately trying to become politically/philosophically relevant within the system and get back into the spot light.

In closing, Damien is a casualty of a war he doesn’t understand. He wrote essays for the army on “mental toughness” but caved to ASIO pressure and became an informant and collaborator. Damien knows the reality that our folk are being genocide by an international cabal of jews and traitors, and yet when pushed to his very weak limits he decided to side with this enemy of our folk.

Damien is a traitor to our people and an example of a strong, fit, healthy, moral, young man who believed 100% in our ideals, who became isolated, depressed, psyched up and convinced by a bunch of subversive anti-whites to drop his values and turn-coat on his former friends.

Not only this but Damien has been financially rewarded for this, he claims to be a Christian but is nothing but a Judas who has taken $10,000’s in grants and educational funding and put on a false pedestal by evil people who ingratiated him.

Damien always wanted to be on a pedestal, but when he had morals that pedestal was to serve our Folk.

His new pedestal is to become a prostitute for the “forth industrial revolution”, pseudo-economics, UBI, LGBTBBQ agenda, SOY and Psychiatric meds. 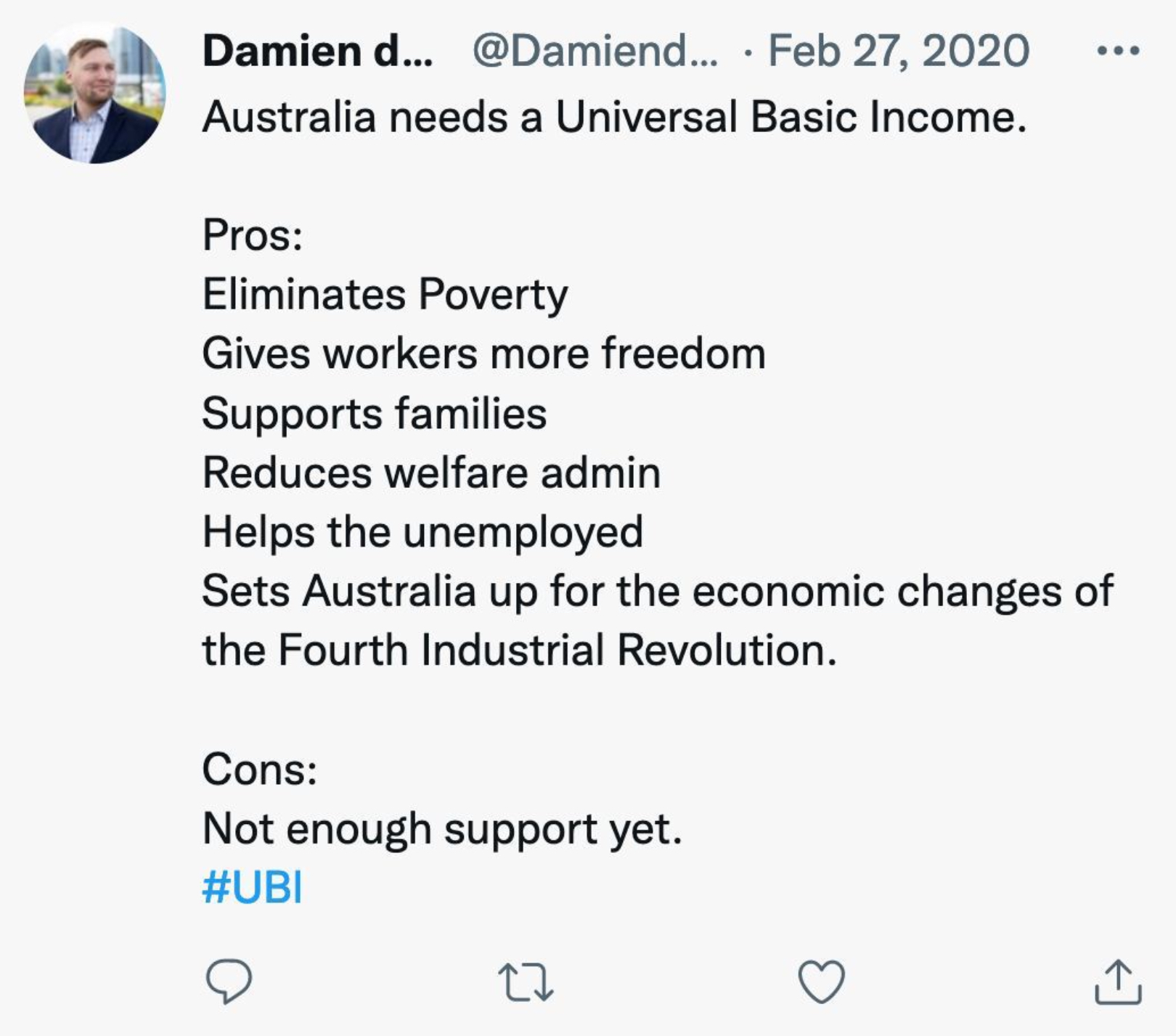 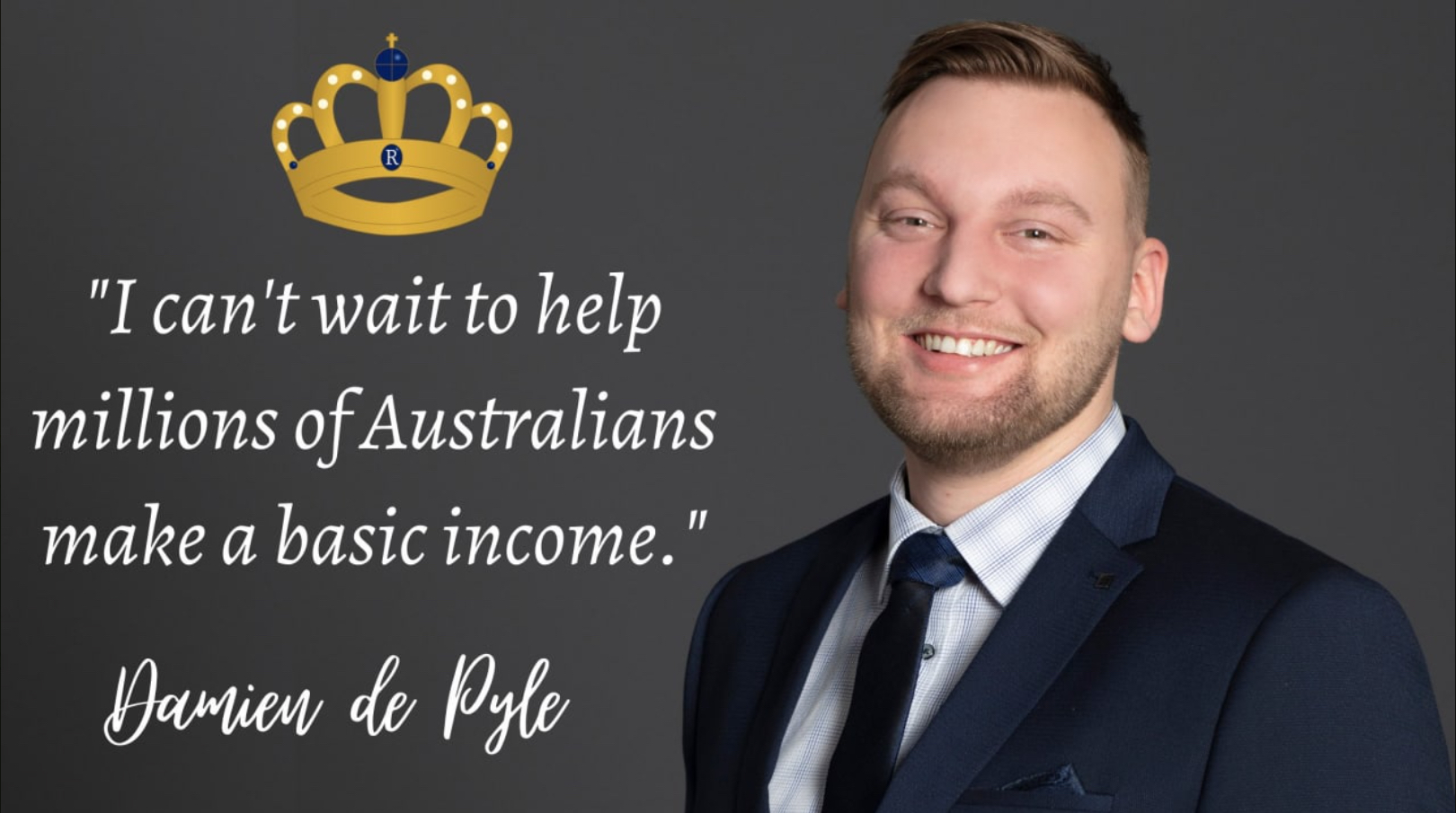 Damien DP, the unprincipled shrine prostitute of the globo-homo who tweets about helping faggots while writing essays about how we should become Catholics.