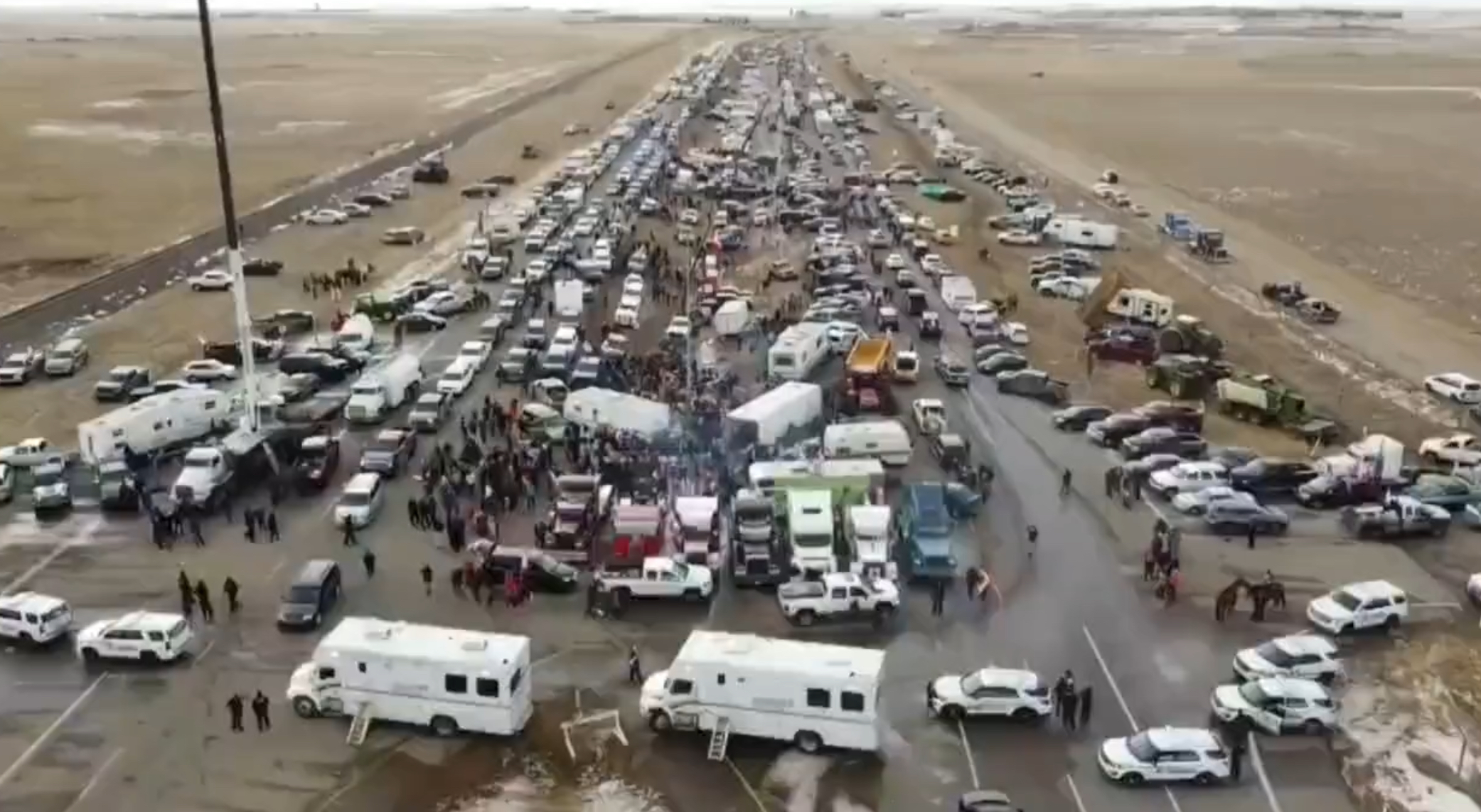 The Yellow Vest protests went on for nearly two years in France and achieved nothing of note for those participating or watching from the sidelines and hoping. So too the vest majority of lockdown protests around the world to date. The last protest in Australia that actually generated some sort of backtracking from politicians was the 1988 nation wide protests against the introduction of a national ID card. The government backed off, but then introduced it anyway a couple of years later via the tax file number. Not a peep.

So to Canada. To truckers and drivers of oversized vehicles in their thousands. To lots of honks, lots of snow, loads of support, and the self styled leader of the country hiding somewhere in his pajamas while Tweeting about the Olympics. It could be a success this protest. It could be.

But I doubt it.

Here are a few problems that I see. First of all, there is a complete lack of strategic objectives from the organisers. Protesting for your “freedom” might be okay in a film with your face painted blue, but in the real world it doesn’t equate to very much. Yes, I know that the truckers have demanded an end to mandates, but that isn’t really much of a strategic line either. Sure the government might agree to bow to you on that line, but they’ll find a way to back-door it on you later.

Demanding an end to vaccine mandates is actually a really dumb strategic demand, and that’s because the mandates aren’t the problem. The government that is issuing the mandates is the problem. The Canadian truckers are going after a symptom but not the root cause. They had a sure fire bulls eye to the root cause on the very first day they rolled into town when the prime minister fled into the night. He fled because he thought that they were coming to do to him what he has been doing to them for so many years. He fled because he assumed that it was pitchforks time based on his own guilty conscience. Pure projection, a dead giveaway.

But nothing has been done about it. No advantage has been taken of that advantage and little Trudeau will be slowly getting his confidence back now that he’s changed his pants several times. Which means that the moment might have been lost.

You only need a few guys to get things done. Look at the successful grassroots revolutions in Eastern Europe back in the 80s and 90s. First of all, they knew who their enemy was – the government and all of its lackeys. They also had some major targets that they went for, namely the television and radio stations. They got those under control straight away and they had their guys in place to start broadcasting their message as soon as they were through the doors.

Other areas that should be targeted are the control centers from where the city’s CTV footage is controlled and recorded. Police stations should be locked down and barricaded from the outside. No food and cut off the water. The list is long but this is what we’re talking about, right?

Or maybe we’re not. Maybe it’s just stand on the sides of the roads and sing into the frozen night. One thing for sure is that this trucker’s convoy protest will indeed achieve one of two things. Either they will up their game as I have just described. Or it will fade out and achieve nothing. But achieving nothing will actually achieve something far greater. It will finally show once and for all that peaceful protests do not work. That governments do not listen and do not care how many people are in the streets. They will do as they please and then proceed to rig the next election. They’ve been doing that for a while.

This convoy has the potential to be the very last peaceful protest of its type. Because with its failure, everyone will then know that some other tactical approach is required. Governments will be hoping for more of the same, for the status quo to remain as they like it. But take a recent history lesson from those Yugoslavs and Czechs and Hungarians. They know what it takes to get rid of the people who are persecuting you.