I recall last year during the ‘mostly peaceful’ BLM rioting, a black caller on Ian Dale’s LBC chat show. The caller drew attention to an apparent ‘fact’ that Sub Saharan Africans had ‘taught the World to read’. It was not clarified with Ian Dale whether this was achieved through vintage fax machines or some other anachronistic devices such as PCs (presumably a discussion for another time).

There are many such urban myths that appear in black communities both sides of the Atlantic. Ludicrous though they are, by definition, these would be classed as ‘supremacist’ one might think – but not for LBC. In any case, Mr. Dale said nothing about this, humoured the man in his inimitable way, and neatly moved on to the next caller.

Contrast this to another caller – this time White British – to presenter Shelagh Fogarty also with LBC. The elderly gentleman, born and bred in Reading, Berkshire wanted to discuss what had become of his town through mass immigration: the now lack of familiarity for all, the sheer numbers of foreigners to a once cohesive community had become fragmented. It is worth noting the caller never mentioned ‘race’ or ‘demographics’ – he never needed to. However Fogarty being incensed by the man, countered him with the LBC anti-White Liberal narrative. A later caller, an American lady incidentally, phoned in to defend the man. However, Fogarty went on to lambast him as a (wait for it) ‘racist!’ This man had to be the supremacist here. After all – he was White British.

Political commentator and anti-White Liberal, Andrew Neil, is well known for commenting on the ‘bad old days’ in the 60s and 70s when ‘racism’ could be expressed unprosecuted. Of course, this reflected what Social Liberals are supposed to wax lyrical about – alongside ‘freedom of speech’ (we have much to thank those like-minded among his generation for the current state of play when it comes to what we can and cannot say – today). This would beg the question what with paedophile gangs, periodic Islamic terrorism and increasing social tensions: are we living in better days now?

Much of that past has been conveniently overlooked – especially by Neil. The frail elderly lady, Druscilla Cotterill, who inspired Enoch Powell’s powerful swansong, the famous ‘Rivers of Blood’ speech of 1968, dared illustrate White British people losing their land against their will. Powell dared show them as victims. Mrs. Cotterill suffered alone when receiving dog excrement through her letterbox as part of a campaign to remove the last two indigenous neighbours in her street.

Powell’s speech was a pivotal moment – for the UK and for the grammar school-educated Neil. The blinkered anti-White mindset prevailed however, depicting White people as automatic aggressors. This has been the case ever since. Those expected to make sacrifices, making way for this mass alien immigration, were in fact the majority Working Class poor – by a privileged elite. They were never asked but never needed to be. Their answer, in any case, was a resounding ‘No!’ to being a multiracial country – which was ignored to this day. 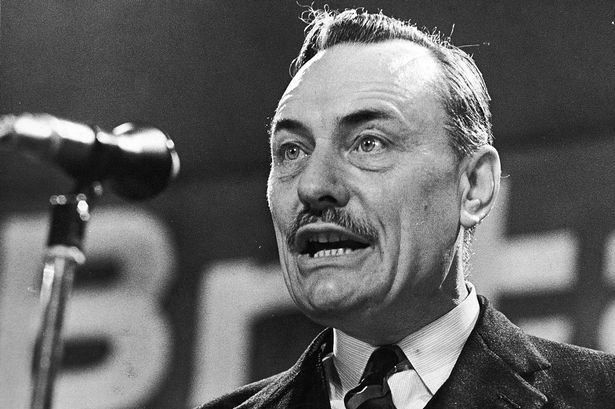 It is a supreme irony that, since Powell’s speech, voters have continued to look to the Conservative Party for countering this alien mass immigration. It was, in fact, this very institution which paved the way for others on the Left by removing opposition and preventing the British people from having their way. It has been, in British politics, the greatest confidence trick of the 20th Century for so many to have been duped into thinking the Conservative Party was an ‘anti-immigration’ party.

This guilt-inflicted, self-loathing mindset whereby White people must never see themselves as victims yet support the ‘victimhood’ of others, has been maintained by Liberal anti-Whites ever since. The negative reinforcement on the White British has been in place now for several generations. It has impacted on millions of indigenous British, creating a diaspora on an unprecedented scale out of our major cities, such as London and Birmingham. Such is the impact of forced diversity. In localised area in West Wales, you will hear Northern English accents displaced by Pakistani immigration in areas of Yorkshire. The indigenous British have ended up being true refugees in their own land. These changes have also dramatically influenced what we now call ‘Corporate Wokism’.

In 2020, Marian Cunnington was sacked by Sainsbury’s for making a joke comment about a black rabbit cuddly toy called ‘Bing’ and BLM. Black News presenter, Mercy Muroki, when chatting another black commentator on ‘GB News’, criticised Sainsbury’s heavy-handed response. It was presented as if they were having just a natter in the local pub. About as convincing as a Turning Point video! What was conspicuous was the avoidance of ever mentioning the lady was White British. In the real world of course, whether a supporter of PA or not, no one would expect Mrs Cunnington to have lost her job if she was black. Ms. Muroki apparently, has since expressed that ‘racists’ should be in prison (to an overwhelming majority of down votes which, by the way, YouTube no longer allows you to see).

This, of course, contradicts the espoused language of supposed ‘equality’ and ‘freedom of speech’ (a game Centrist anti-Whites cynically play). It is certainly a page or two out of George Orwell’s ‘1984’ book. The clear and contrasting treatment, between protected groups and the White majority, is now found throughout institutions and the mainstream media. The impact of such anti-White propaganda has been a staggering success. This is demonstrated by the lack of outrage over the thousands of victims of White English girls as victims of Pakistani gangs in contrast to the George Floyd story around the UK. Of course, the general public have not been informed, in fact, that there have been so many victims of these gangs throughout the country. They have been encouraged to believe the problem has been restricted to just a few isolated towns like Rochdale and Rotherham – not the nationwide phenomenon, with upwards of half a million victims, as we know it is today.

The BBC attempted to draw a line over the problem with a sanitised 2017 TV Series, ‘Three Girls’, set in Rochdale about the true story of abuse of a group of children by a Pakistani gang. Maggie Oliver (the police investigator involved in the case) and the social worker, Sara Rowbotham, briefly mention one of the victim’s father joining the BNP (British National Party). ‘Oh no!’ Said the other. It was as if the BBC was encouraging the viewer to think joining the BNP was much worse than joining a paedophile gang! The conversation never went further to discuss whether it was understandable or why it would have been wrong – just that it was ‘wrong’. The BBC also ensured this man took a back seat in the story (the BNP were the first to try to raise the problem many years before whilst established media and institutions were trying to bury it).

Maggie Oliver advised the BBC on the series. You can actually see that evasive mindset reflected in an interview last year with YouTuber and former London Assembly member, Peter Whittle, on ‘The New Culture Forum’. Oliver expressed the importance of keeping at bay ‘extremist views’ (‘Far Right’) by tackling difficult issues, regards Pakistani gangs – but then demonstrates, alongside Whittle, her inability to tackle them.

During the interview, Mr. Whittle expressed the view that really these Pakistani gangs were not in fact ‘racist’ (note to self, Peter: probably best not to state that with a creepy smile on your face). Strikingly, Maggie Oliver said absolutely nothing. Whittle correctly observed there would have been a huge backlash if ‘the shoe was on the other foot’ regards the racialised dimension to the abuse – but then denies that dimension even exists.

Even the likes of ‘Kosher-Jihadist’ Anne Marie Waters of ‘For Britain’, has now played down the Pakistani gangs problem as being ‘not about race’. Noticeably, this downplaying of the issue by many parties was during Covid when the public’s attention was elsewhere. However, the reams of evidence of racialised abuse at the hands of these gangs go the other way (Anne Marie Waters would know this).  One particular survivor, a Dr. Ella Hill, told how whilst being beaten, she was called ‘a white slag, white whore and white c**t’.

Those firmly within the mainstream Liberal Paradigm, unfortunately, are also those who are given a microphone on television and radio – including the likes of Maggie Oliver. Such ‘colourblind’ people are conflicted with the fact this issue demonstrates just how much of a failure multiracial multiculturalism has been whilst ironically trying to highlight it. They end up letting down the many thousands of victims they charged themselves with helping. In Anne Marie Waters’ case, cold abandonment on the hopeful road to success. 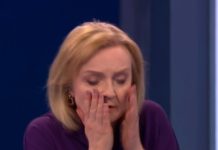 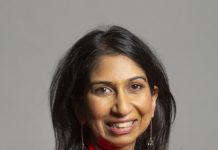