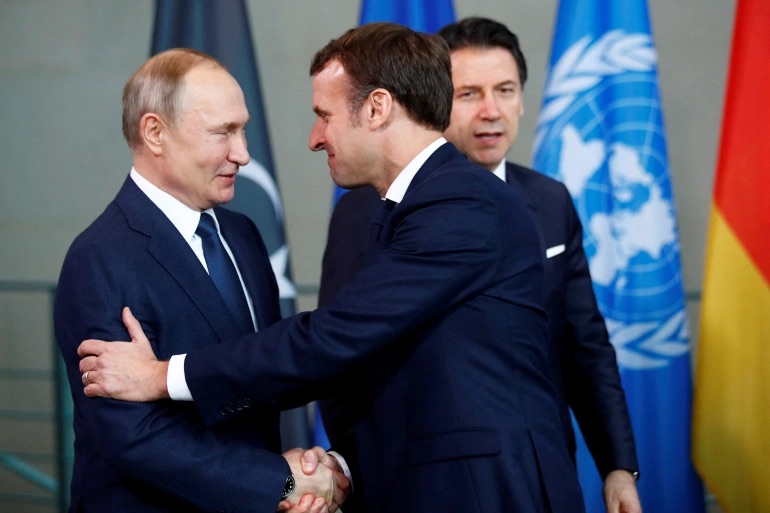 In the fantasy series Wheel of Time by Robert Jordan, the ‘Dark Ones’s’ minions hate each other just as much as they hate the heroes of the story. They have hierarchy, so must obey orders, but each jostle for position and advantage and are given free reign to do so as long as the general goal of taking over the world and destroying the work of the creator moves forward. Chaos, division, war. All are encouraged. The forces of darkness are built on selfishness and all trust only the Lord of the Dark himself to reward their cunning and scheming. The father of lies is in that respect the same in this work of fiction as he is in our world for real (though the overall spirituality of this fictional world is based on a Buddhist structure rather than a Christian one).

So I wonder about the servants of Satan in our world. Could the hierarchy, hate for one another and competition work in a similar manner? After all, they all view Darwin’s theory as the truth of this realm. Survival of the fittest.

One world Government the goal. The emergence of an Anti Christ to rule everyone. All positions under him up for grabs. The more back stabbing, murdering, war mongering machinations between themselves that further the ultimate goal, the better. Albanese hates Scomo. Trump hates Hillary. Russia invades Ukraine. NATO pushes for war with Russia. China looks to reclaim Taiwan.

Are they all just “dark friends”?

Rather than just the West agitating Putin to distract from CoVid, could Putin be starting his invasion of Ukraine at this specific time for the same reason? Could Ukraine’s leadership have provoked Russia specifically at this time as well? All the while that this dispute is genuine and all Parties concerned genuinely wanting to win or get the upper hand against the other?

Jews established the Soviet Union. After it was dismantled, Jews became most of the new billionaires there. A Jew (Soros) destabilised Ukraine. Jews dominate the leadership there. Jews fill the White House. Could the desires of the Russians and Ukrainians and Americans be both real and still be following orders? Smaller grievances and designs for power and influence given the green light to genuinely play themselves out, because they serve a greater goal?

All of the political commentary that plays out on the news, both absolutely correct yet woefully incomplete? Could Jews be giving all of them orders?

The top Jews themselves. Are they rulers of this world, or also just high up subordinates? Jostling for power with other “Chosen”? Chinese Communists. Islamic fundamentalists. WASP Satanists. Vatican Satanists.

The White nationalist movements focus on Jews because they are the group that has done most harm to our peoples’ countries and identities and Christian Faith and heritage. They are also the group we are forbidden to criticise and speculate about. So suspicion naturally falls on them. If they want us to stop implicating them so much, then they should begin by being less uptight about it when we do.

Though Jews are over represented in our persecution they are not alone in it. We have many enemies. Many of these enemies seem to hate each other as much as they hate us. None of us are privy to the inner workings of the Global power brokers. The best we can do is speculate based on what we can observe from the outside and try and make logical deductions from there.

So I wonder. Does a simplistic fantasy series that I occasionally indulge in to unwind, provide an insight into the one world order? With ‘darkfriends’ and ‘forsaken’ constantly plotting and fighting with each other whilst still serving ShaiTan?

All I know for sure is that I don’t trust anyone in the latest conflict to break out in the Ukraine. It’s all just a bit too convenient. Too contrived. Too timely. I also think on another work of fiction, George Orwell’s 1984, where Global Government still required the world to be split into three separate zones, with two allied in perpetual war against the other. Alliances and enemies able to change, but never the perpetual war itself.

Even if my speculation is way off, it’s a good staring position to hold until proven otherwise. Better to view all leaders as part of the same con game and be proven wrong, than look to another false messiah for salvation and be betrayed. I shall wait with bated breath for a rebuttal from George Soros or Klaus Schwab.