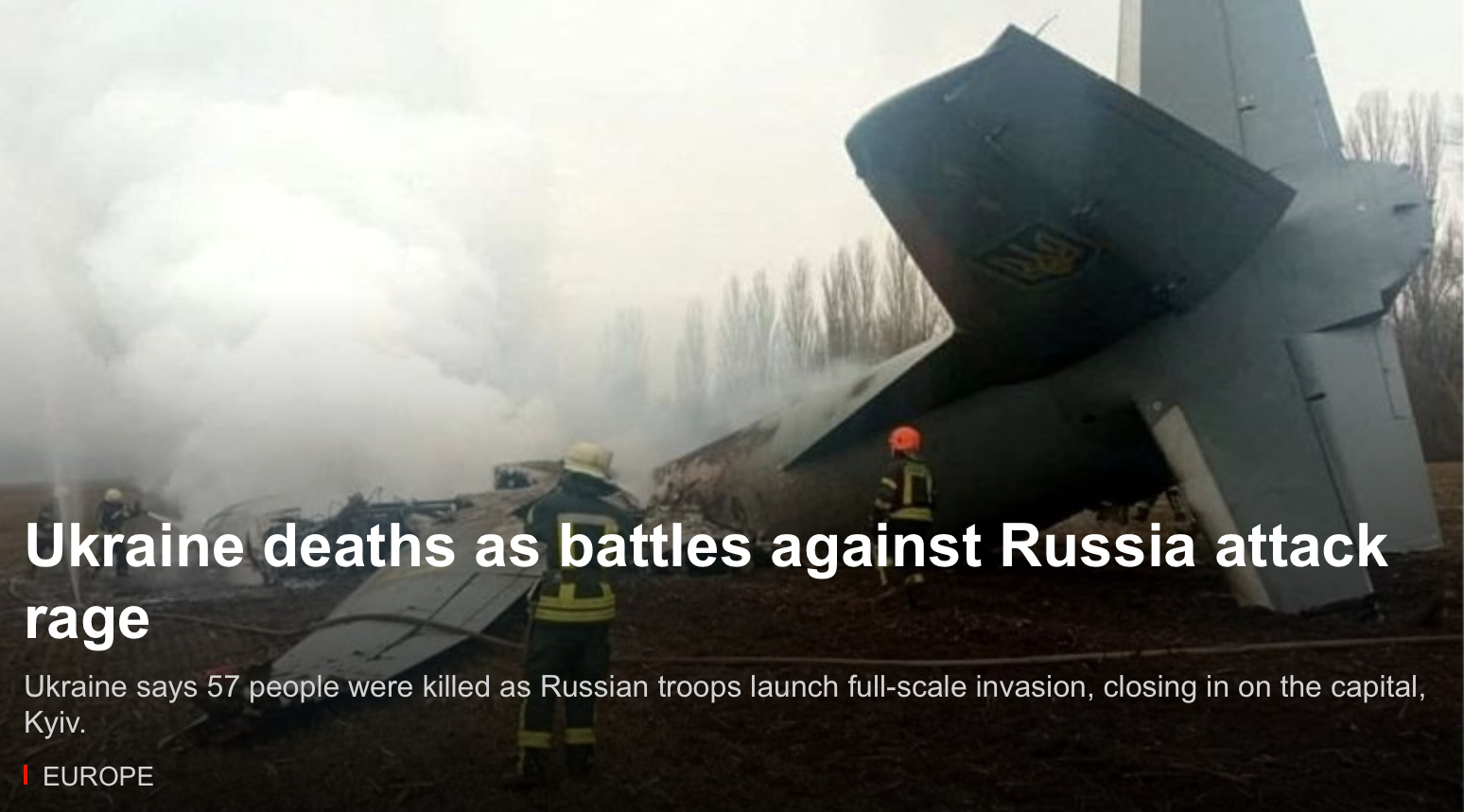 Western governments and their dutiful Lying Press have had a good week.

They finally have something else to shriek about instead of endless, dreary press conferences reciting the daily Covid case numbers.

Even the most practiced liars were finding it difficult to pretend that anybody was scared by the latest variant anymore. Nothing like an explosion to divert attention. 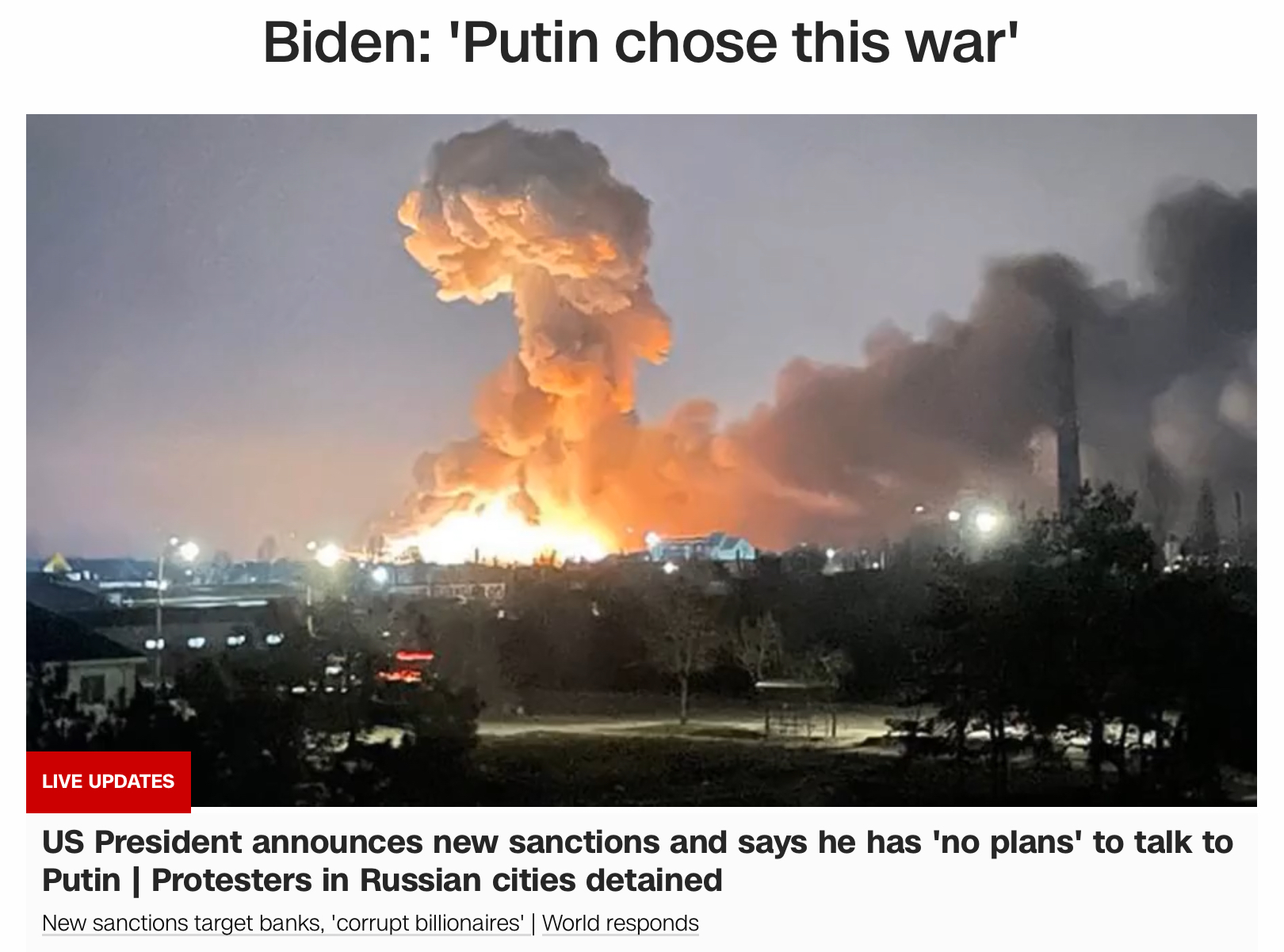 If they’re lucky, the normies may even forget Covid ever happened, and fail to notice that although masks and check-ins are no longer required, vaccine mandates are still in place and bank accounts of Covid dissidents are frozen, and they will blame all the inflation on Russia. 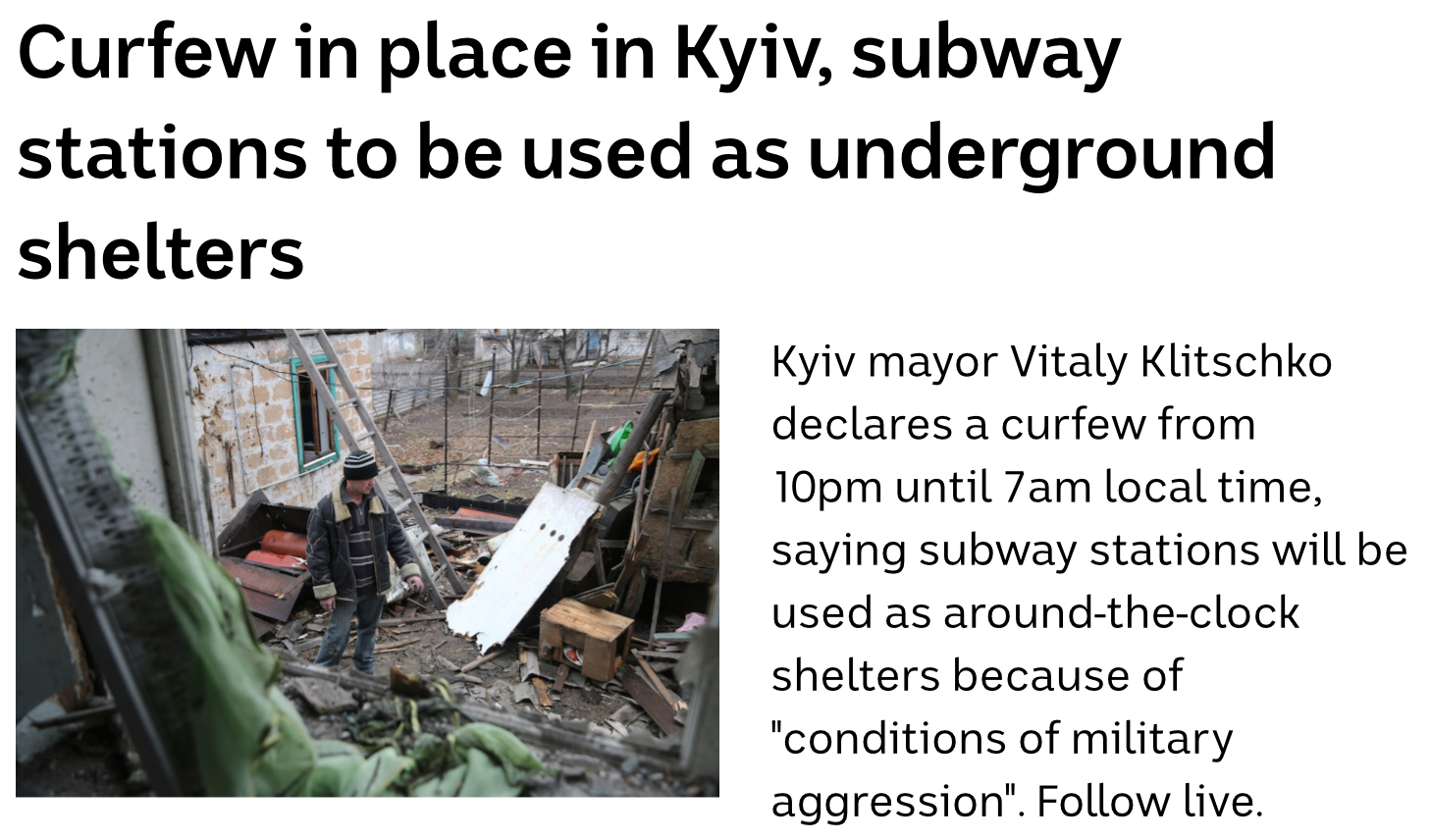 Best of all, it provides the opportunity to engage in some good old fashioned virtue signalling. 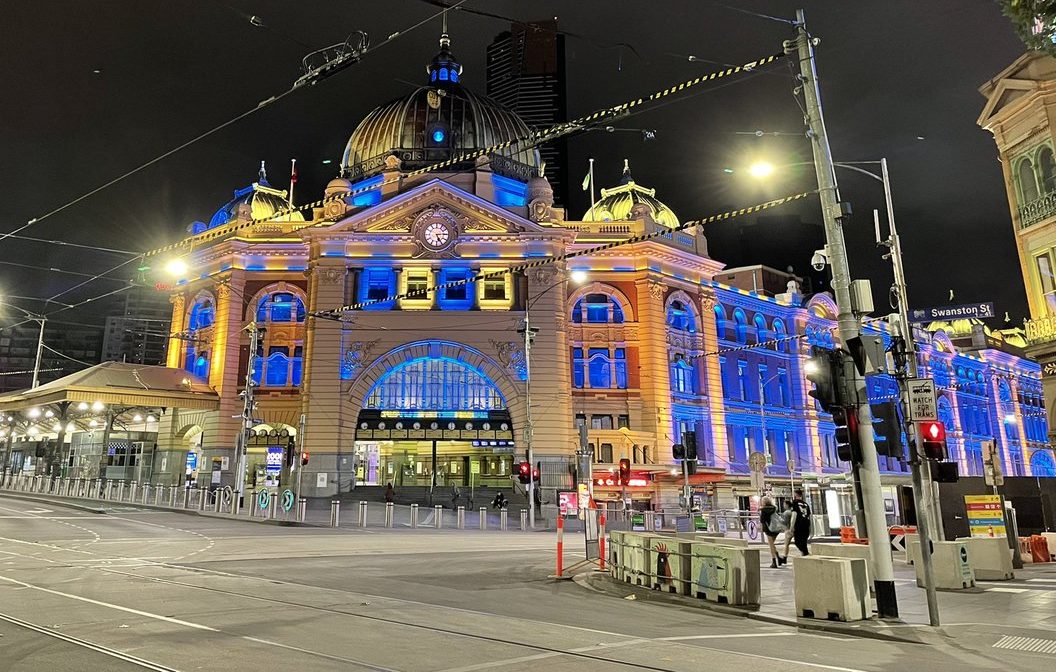 Lighting up the buildings of a city at the bottom of the world in solidarity with a province on the other side of the world is about as useful as wearing a mask to protect yourself from the rebranded flu.

All this should give us pause for thought about the worst “peacetime” genocide of White people of the Twentieth Century, the Holodomor, committed by the Soviet Regime against the people of the Ukraine during the 1920’s and 30’s. An estimated 11 million White, Christian Ukrainians died due to a deliberately engineered famine by the Communists.

All up the death toll under the Soviet Regime is estimated to be 60 million. It was the worst genocide by a government of (((its))) own people of the Twentieth Century until the Chinese decided to take so-called “land redistribution” to a whole new psychotic level. What “land redistribution” basically entailed was stealing everybody’s food and leaving them nothing to eat. Once they had eaten the grass and the roots and the bark off the trees and the children, they had to guard the cemeteries.

The governments of the West were condemned by their own silence regarding this deliberate starvation. The Lying Press played its dutiful part, telling their governments and readers what they wanted to hear. The role of Walter Duranty in particular was utterly heinous. The Moscow bureau chief of the New York Times during the period, he was given a Pulitzer Prize for denying the Holodomor and telling everybody that rumours of the horrendous Ukrainian famine were greatly exaggerated.

By contrast the journalism of Gareth Jones and Malcolm Muggeridge was largely suppressed or ignored. Tellingly, Muggeridge had to file his reports of mass starvation anonymously. Jones published under his own name and was murdered by the NKVD in response. The incentive for critics of communism to remain anonymous is not a recent phenomenon.

All the while, Western (and I use he term loosely) bankers and industrialists financed the industrialisation of the Soviet Union. More people were slaughtered by the Soviets during the Holodomor than those who purportedly died under national socialism, and this was perpetrated even before the Western democracies allied with the Soviets against Germany.

Also, if we want to go further back in time:

“As increasingly lurid atrocity tales again captured the attention of the Gentile public, the British Government found itself under pressure to intervene. The British Government, however, adopted a more cautious approach and undertook its own independent investigations into events in the Russian Empire. Its findings, published as a “Blue Book,” “presented an account of events at great variance with that offered by The Times.”[B34]

“The most notable aspect of the independent inquiry is the outright denial of mass rape. In January 1882, Consul-General Stanley objected to all of the details contained within reports published by The Times, mentioning in particular the unfounded “accounts of the violation of women.”[B35] He further stated that his own investigations revealed that there had been no incidences of rape during the Berezovka pogrom, that violence was rare, and that much of the disturbance was restricted to property damage. In relation to property damage in Odessa, Stanley estimated it to be around 20,000 rubles, and rejected outright the Jewish claim that damage amounted to over one million rubles.

Vice-Consul Law, another independent investigator, reported that he had visited Kiev and Odessa, and could only conclude that “I should be disinclined to believe in any stories of women having been outraged in those towns.”[B36] Another investigator, Colonel Francis Maude, visited Warsaw and said that he could “not attach any importance” to atrocity reports emanating from that city.[B37] At Elizavetgrad, instead of whole streets being razed to the ground, it was discovered that a small hut had lost its roof. It was further discovered that very few Jews, if any, had been intentionally killed, though some died of injuries received in the riots. These were mainly the result of conflicts between groups of Jews who defended their taverns and rioters seeking alcohol. The small number of Jews who had been intentionally killed had fallen victim to unstable individuals who had been drunk on Jewish liquor — accusations of murderous intent among the masses were simply unfounded and unsubstantiated by the evidence.”

Understanding this historical context of the current war does not diminish our compassion for the people of Russia and Ukraine who will undoubtedly suffer in coming months. However, it does mean that cynicism regarding the motives of current Western Liberal Tyrannies is fully justified.