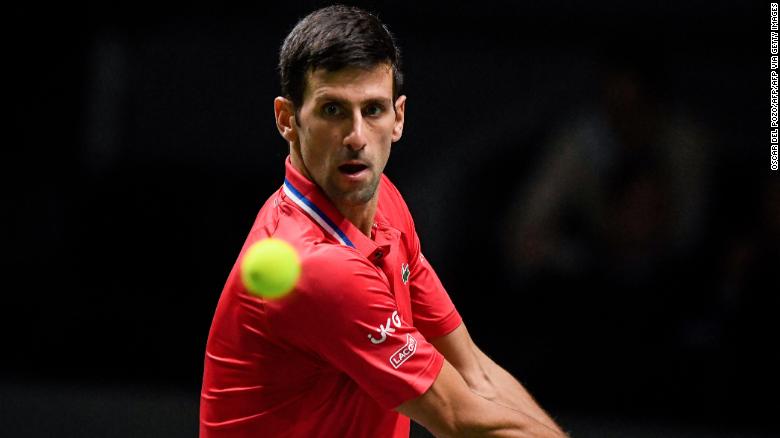 UPDATE: Djokovic’s visa has been cancelled and told to leave Australia, although it is expected he will challenge this decision in court.

This is absolutely, 100 per cent deliberate:

Novak Djokovic has landed in Melbourne but is still awaiting permission to enter the country to compete at the Australian Open after it emerged that his team had applied for a visa that does not allow for medical exemptions.

A bureaucratic excuse is given. They could easily waive it, but deciding that everything must be done by the book, that every i must be dotted and every t crossed is a convenient way to make somebody’s life as difficult as possible while pretending to follow the rules.

Djokovic touched down at Melbourne’s Tullamarine airport on Wednesday about 11:30pm AEDT after a 14-hour flight from Dubai.

The Victorian government said it will not support Djokovic’s application, putting his fate in the hands of the federal government and Prime Minister Scott Morrison.

Well played Daniel Andrews, and ScoMo. Andrews avoids looking like the bad guy, and the Prime Minister gets to look like the tough guy for the first time in two years, endearing him to both cuckservatives and the Covid True Believers.

Mr Djokovic’s visa has been cancelled. Rules are rules, especially when it comes to our borders. No one is above these rules. Our strong border policies have been critical to Australia having one of the lowest death rates in the world from COVID, we are continuing to be vigilant.

Djokovic father, Srdjan, told Serbian media that his son was waiting, alone, in a room at the Tullamarine airport under armed guard for a final decision on whether he could enter the country.

“If they don’t let him go in half an hour, we will gather on the street, this is a fight for everybody.”

This is huge. It could become an international incident.

Border Force said it was examining an “issue” with his Australian Travel Declaration, hours before he landed in Melbourne late last night.

In other words, after all the triple vaxxed idiots melted down yesterday when Djokovic was granted an exemption to play at the Australian Open, the Victorian and Australian government decided to find a way to prevent him from entering the country.

By treating Novak so appallingly, they will hope that he loses his cool and vows to never visit Australia again.

In recent years the Australian government has treated middle of the road libertarian YouTube activists and truth seekers as Islamic terrorists, denying visas to the likes of Milo Yiannopoulos and David Icke. When Stefan Molyneux and Lauren Southern visited Australia, granting of their visas was delayed for weeks until the Australian government was publicly shamed by several news outlets.

What this means is that an international celebrity who refuses to kneel to Covid Tyranny is now the equivalent of a political dissident, which is to say, the unvaxxed will now be treated as terrorists.