A man wearing a homemade bomb vest died when it exploded in his car in the Melbourne suburb of Hallam.

But you know, it’s not suspicious. Just par for the course these days in Melbourne:

A father has died after a homemade explosive device detonated inside his car as he was driving along Young Road in the southeast Melbourne suburb of Hallam.

It’s understood the man was wearing an explosive vest that was triggered when his car hit a speed bump along the road.

It then travelled a few hundred metres down the road before hitting a parked vehicle at the corner of Homewood Boulevard and Young Road.

Emergency services were called to the scene at around 11.40am on Saturday morning and found the man’s body inside his vehicle.

7NEWS understands the 43-year-old former soldier from Dandenong had been at the home of his ex-partner shortly before the explosion took place.

Residents in the area were subsequently sent into lockdown for hours as the bomb squad was called in.

They told 7NEWS the bomb and arson squads spent almost 24 hours removing the device and making sure the street was safe to reopen.

“They had the streets blocked off and police pretty much controlling everything, there was 15 police cars all around the place,” one neighbour told 7NEWS.

“I just heard a big loud bang at about 11am and I looked out the window and saw the car had gone through the roundabout and crashed into a sign,” another added.

Police say could have been much worse given the close proximity of homes and an aged care facility.

The circumstances surrounding the man’s death are under investigation by the Arson and Explosives Squad. It is not being treated as suspicious.

They’re just reporting on it like it’s normal. I swear the Russians could nuke Wollongong tomorrow and the news would still put it second behind the daily Covid numbers.

Allow me to speculate. Hallam is a very “diverse” suburb. There is currently a battle underway in Syria where an “Aussie” “teen” is trapped in a prison surrounded by ISIS or something. 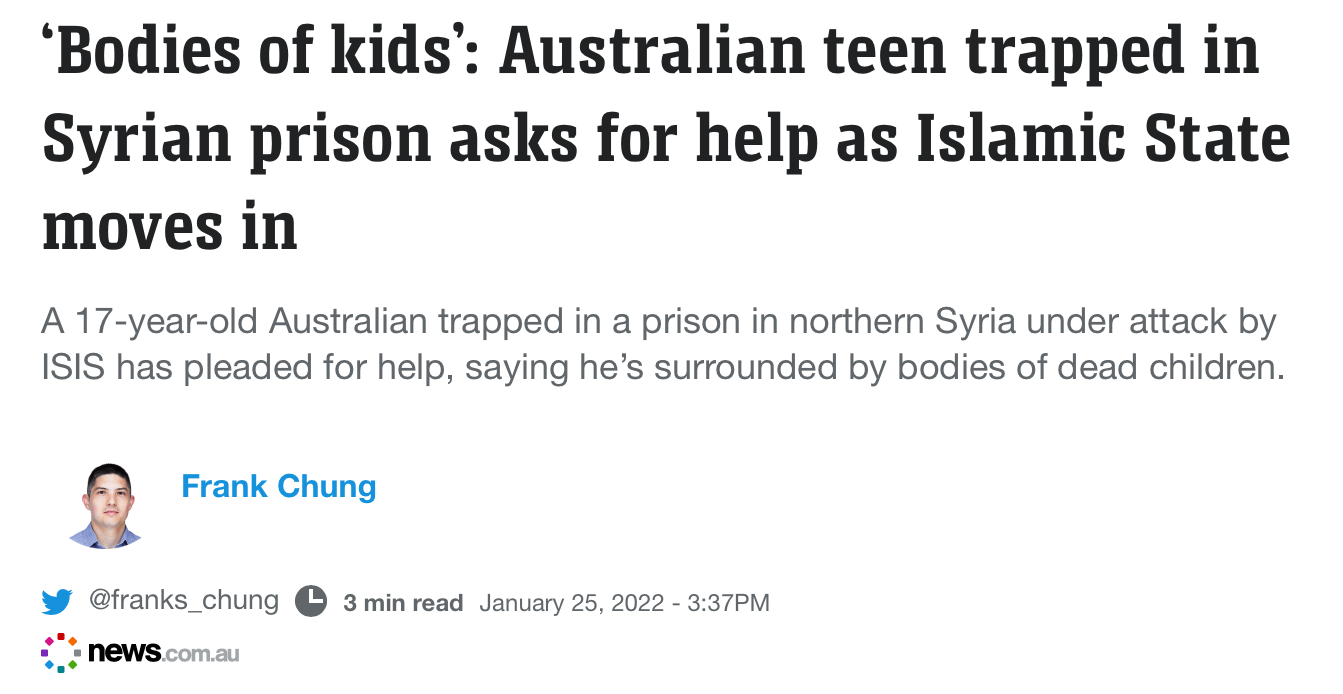 Maybe he’s an Aussie who is sick of the vaccines. Aussies are getting pretty stroppy:

A couple of Aussies have even incinerated themselves over it recently. There was a bomb threat at the Premier’s electoral office, and a guy took a compound bow to the steps of State Parliament. Maybe this homemade bomb vest guy had had enough?

Obviously the Lying Press had to report on this, because too many people would have been talking about it to ignore it. Obviously there is more to the story. The Lying Press and the government seem awfully concerned about keeping things from boiling over at the moment.