Think about it. This is Melbourne.

This city is home to the most hardcore, fanatical, extreme Marxist terrorist organisations in the country.

They just had their big march cancelled because they didn’t want everybody to compare their puny numbers to the massive anti-vaccine mandate rallies. Their probably pissed.

So, what have these degenerates done in the past? It probably isn’t that hard to figure out their M.O. Oh yes, they like to deface the Captain Cook statue. 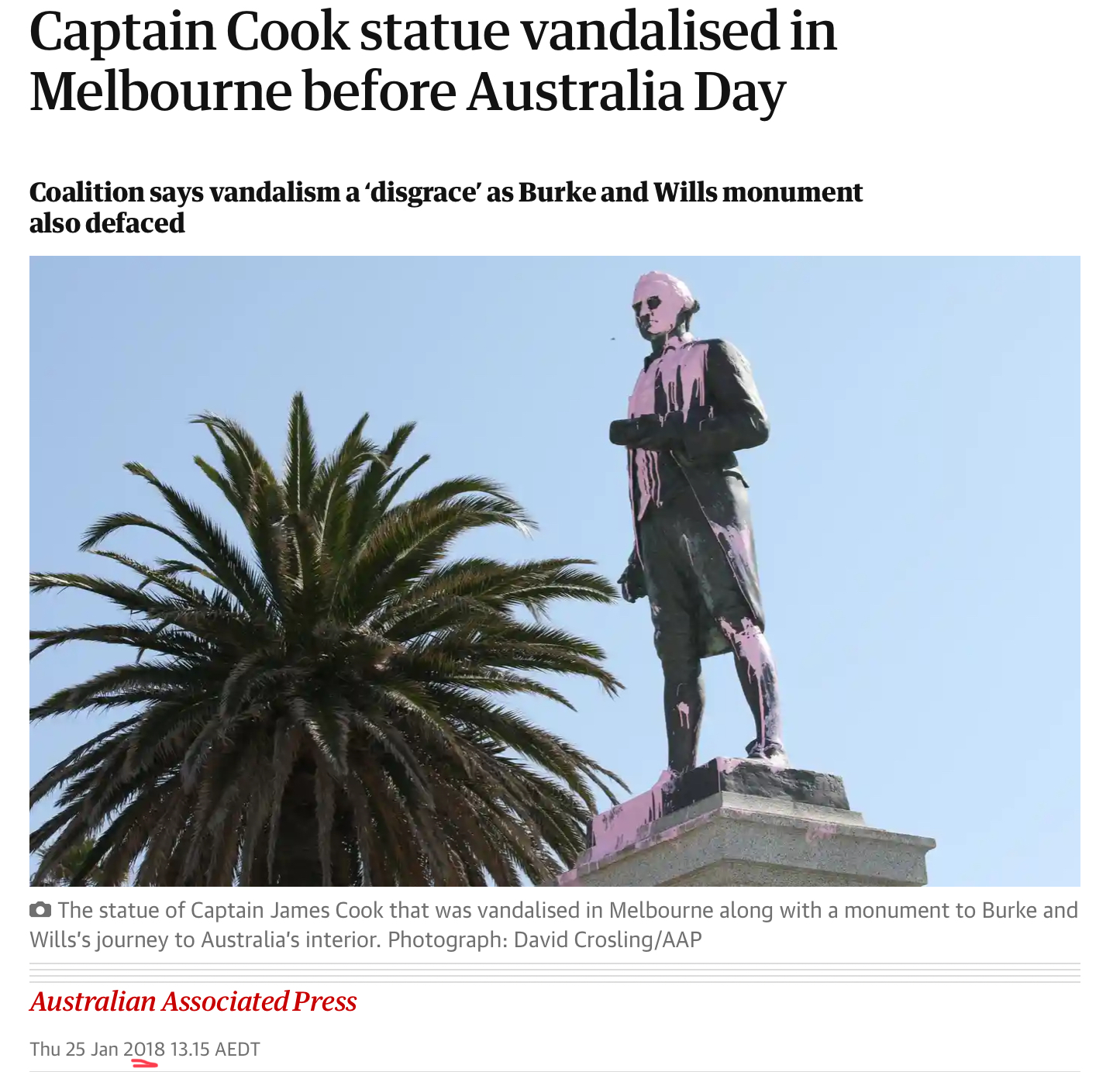 They’ve done it in Sydney: 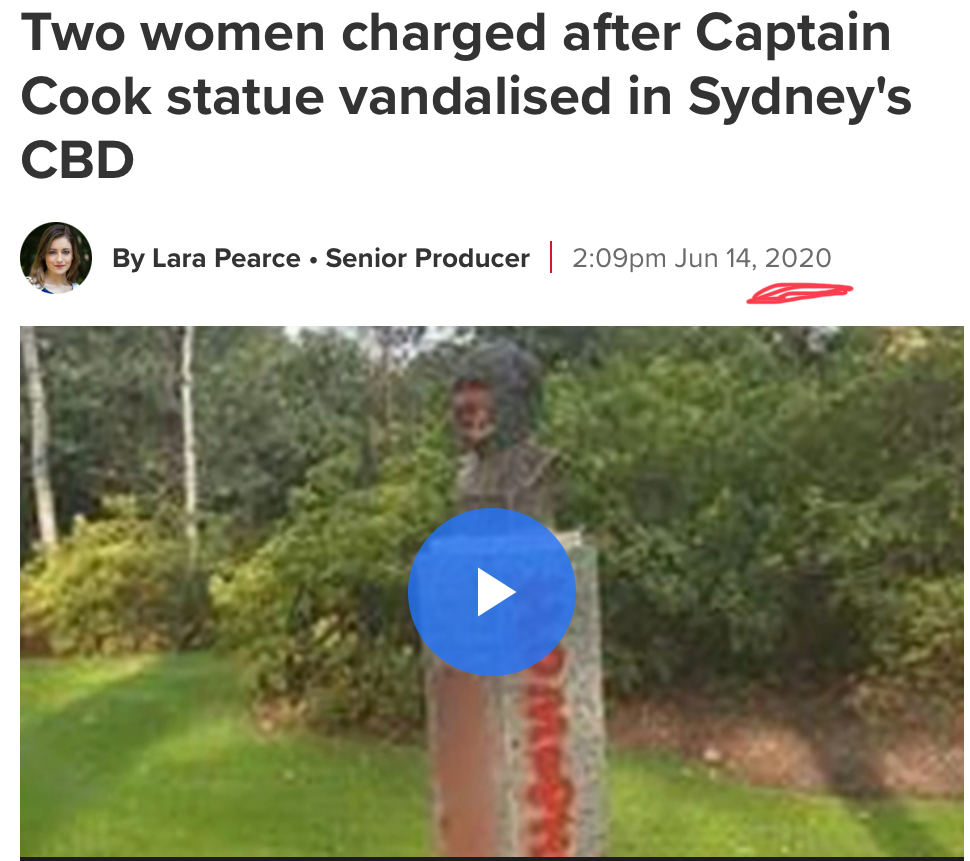 They’ve done it in New Zealand: 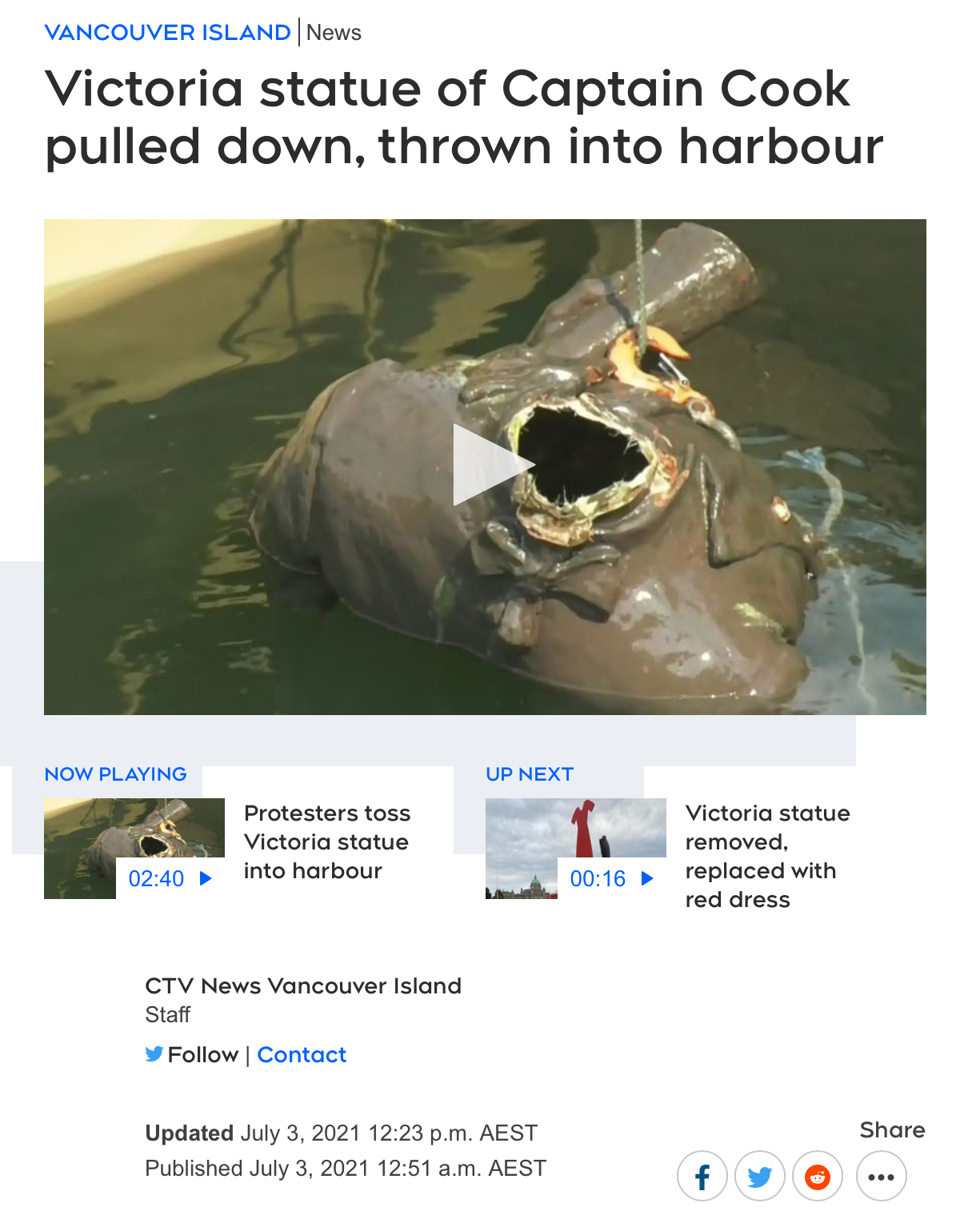 Sure enough, this morning in Melbourne: 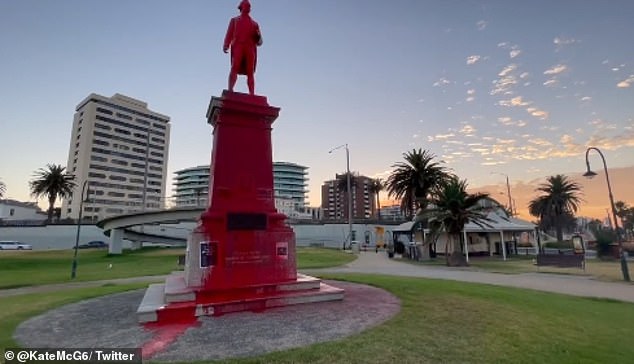 A squad of police could have stopped that. They defended the Captain Cook statue in Sydney in 2020 and they triggered all the right people.

This image tells you just who ⁦@nswpolice⁩ think they are here to protect and serve #BlackLivesMatter pic.twitter.com/xnDPYrLVV0

Victoria Police would have known an attack on the Captain Cook statue in Melbourne on Australia Day 2022 was very likely. Maybe they wanted it to happen.

However, nobody did anything about it, not a thing. They just got away with it like it is normal for something like this to happen in Melbourne now. It’s the current year.

Every year they get more brazen. Yet when this happens the entire political and media establishment do not rise as one to condemn not only the act but the ideology behind it. They carry on as though it is a complicated issue and there are strong arguments on both sides. While they don’t agree with the action taken, they support the right to protest and understand the motivation behind it.

Every year, the Lying Press nudges what they claim is “the national conversation” “forward” on the Australia Day Question. The reality is that a tiny fraction of a fraction of inner city lunatics gets together every Australia Day in an echo chamber, then they just say the craziest things that pop into their heads, then they all agree with one another.

The rest of Australia looks on and wonders what on earth these freaks are on.

The sobering thought is that these people are not relegated to the fringe of society which their status should naturally afford them. They are the gatekeepers of information and they present themselves as thought leaders for the entire nation.

The political establishment on both (fake) sides either accommodates them or openly eggs them on. Our cuckservative Prime Minister does not fight them tooth and nail. Last year he changed one word in the national anthem – and in doing so he made a huge concession to our enemies. The word “young” implies that the country is young compared to England, the land which bore the people who founded Australia. It defines Australia as an Anglo-Celtic-Saxon nation, as a Christian nation.

Changing “young” to “one” upends the entire notion of what Australia is. It goes directly to our founding, more to the point it completely negates our founding. Thus it works hand in hand with the annual desecration of Captain James Cook’s statue. We are no longer young, a mere 234 years, nor Anglo, Celtic, Saxon, not even European, and we are certainly not Christian.

The Prime Minister reinforces this change in definition every Australia Day when he welcomes paper australians, with the longterm goal of making Australia less Australian. 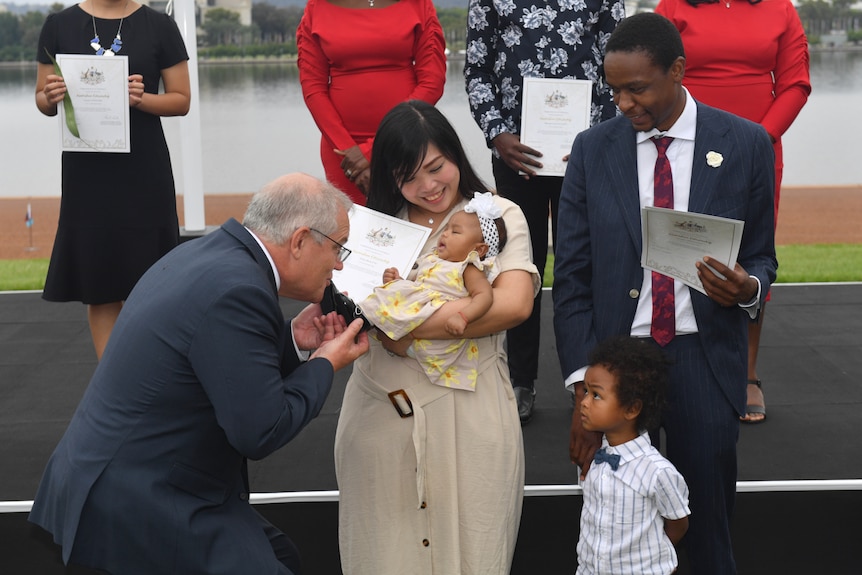 So, what can we do? We can start by rejecting every aspect of this psychological warfare being committed against our people. We reject the the so-called “Welcome to Country”. This is not aboriginal land, this is Australian land. This is our land, not theirs.

Our ancestors did not steal this land, they conquered it. Gloriously. We are not sorry for this. We are grateful to our ancestors for conquering such a beautiful country and for pouring their blood, sweat and tears into making it great.

It is our duty to defend Australia and to pass it on to our pureblooded – in every sense of the word – progeny.

Do not expect anybody in the political class to fight for us to reclaim Australia. Our leaders are openly subservient to foreign institutions who want to take everything away from us.

Finally and most importantly, turn to God.