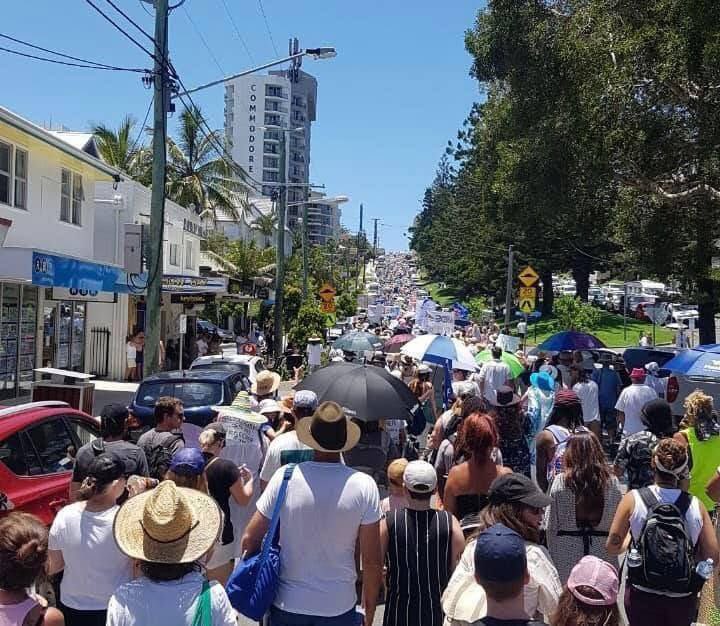 For two years Australian governments got away with locking people in their houses, forcing people to wear masks, restricting how far we could travel, and manipulating people into snitching on their neighbours to the Stasi.

Millions of people willingly injected poison, three times, and millions more allowed themselves to be coerced into doing so.

And governments got away with it.

They are effectively holding our children’s education, and essentially our children, to ransom.

But there is still strength in the blood of Men of the West:

“HANDS OFF OUR KIDS THEY ARE NOT YOUR GUINEA PIGS!” Melbourne protest preparing to march.#melbourneprotest #melbourne pic.twitter.com/k5K5qR8pku

Today, hundreds of thousands of Aussies marched against vaccine mandates for children. As usual, Rise Melbourne has thoroughly documented the day’s events. Here are the scenes from Melbourne:

Perth Anti VAX Pass, Anti Everything This is one Monster Crowd….Bravo Perth pic.twitter.com/8cBeRLN8By

And the Gold Coast:

The shot of the day came courtesy of Melbourne, where the crowd descended upon the lair of the Lying Press:

Melbourne Anti Everything Outside Channel 7 News Every Message Counts pic.twitter.com/HtSYT3N7VF

A close second was a Melbourne idiot who was triggered by the sight of so many people who still oppose Covid Tyranny:

Melbourne Watch Karen hurl out abuse at the people just wanting to Live…They are indeed the Selfish Ones…They are Angry that they’ve chosen the wrong side of history, angry that their obedience has got them nowhere… pic.twitter.com/QLJmUnbJY7

We can make the usual observations:

It is this last point which should give people pause for thought. The peaceful protests since Melbourne’s reopening have not ended the vaccine mandate or killed the bill.

Yet the Melbourne lockdown itself was not ended by peaceful protest. Victoria Police were completely out of control, brutalising unarmed protesters with absolutely no pushback from their commanders, the government or the Lying Press.

It is reasonable to assume that Daniel Andrews would have been told in no uncertain terms that if the escalation in violence by Victoria Police was allowed to continue, they would eventually murder somebody.

However, Victorians demonstrated that they were not going to take it sitting down.

I’ll just leave it at that.