Covid case numbers are beginning to increase in New South Wales and Victoria — the first sign that an expected surge in infections has begun — potentially setting the two states up for a superspreader event over Christmas.

Case numbers in both states have been inching up with NSW reporting 222 cases on Tuesday, while Victoria had 1069 cases.

University of South Australia epidemiologist Adrian Esterman told news.com.au the effective reproductive number (Reff) for NSW was now at 1.15, which means someone with Covid is passing it to more than one person on average — an indication the outbreak is growing and there’ll be higher case numbers.

It’s a similar story in Victoria, where the Reff is still under 1, at 0.99, but is increasing.

“There’s been eight rises in a row of the effective reproductive number,” Prof Esterman said.

The seven-day moving average has also been creeping up.

“It looks like a gentle rise but it may be speeding up a bit,” he said.

Prof Esterman said an upward curve was starting to emerge but it was still early days.

“I think we are starting now to see the next peak just starting to form,” he said.

The rest of the cut and paste from the unnamed Lying Press outlet is pretty tame and doesn’t really back up their headline at all. It repeats the usual lies regarding vaccination rates, and the gaslighting along the lines of ‘even though vaccination rates are high people still need to wear masks’.

The Lying Press is nudging the narrative, signalling the government’s intention to apply a “snap” lockdown just before Christmas. There will bean easing just in time for Christmas, then another “snap” lockdown not long after. It will be designed to keep people on edge, and ironically, manipulate the vaxxed into being grateful to the government for letting them celebrate Christmas, albeit with only a handful of family members.

The upside is that all the sheep who took the vaccine will chuck a big wobbly. They will simply have no way of comprehending it. They thought they were free.

Naturally they will blame purebloods, which will be fun because it will take almost nothing to set them off. 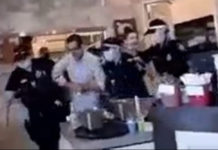 Queensland Police Arrest Multiple Cafe Owners Because Covid: Nobody Does Anything 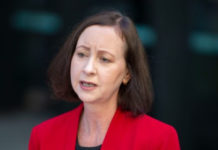 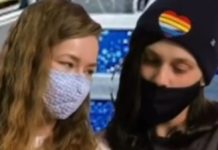