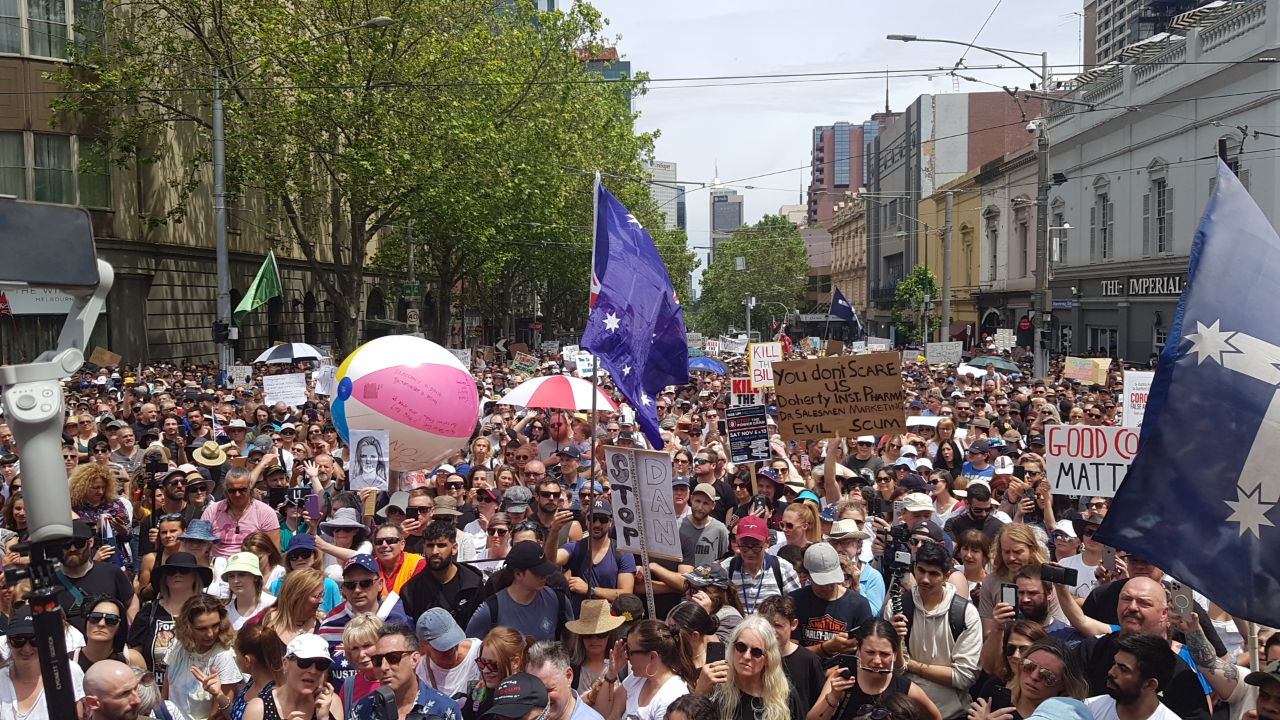 A general rule of thumb when judging crowd numbers for a protest which goes against the Regime Narrative is to take the number given to you by the Lying Press and add a zero to it. Perhaps even double it, then add a zero.

Another monster rally has been held in Melbourne today against the vaccine mandate and insane laws which would essentially make Daniel Andrews Dictator for Life. The crowd marched peacefully down Bourke Street in Melbourne’s CBD chanting “Sack Dan Andrews”.

The hashtag #SackDanAndrews is trending on Twitter. The the great joy of many of us, so is #LetsGoDandon and #LetsGoBrandan 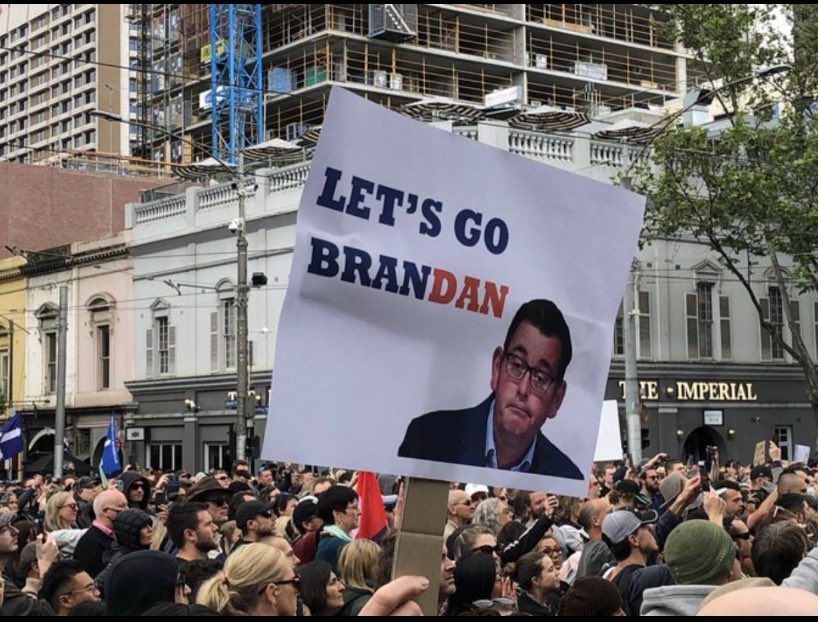 Again, it can’t be stressed enough how huge this crowd was.

Melbourne has come out against Dan Andrews, medical coercion and censorship of the science and anti democracy rule. #Melbourneprotest #killthebill #sackdanandrews #FreeAustralia pic.twitter.com/x5HXV2eP5t

So peaceful as well. These are ordinary people, tens of thousands of ordinary people. When the police don’t initiate violence, everybody gets on just fine. They doubtless triggered the professional protesters of the far left by appropriating their slogan “Together, united, we’ll never be defeated”.

They also chanted “What do we want? Freedom. When do we want it? Now”.

My beautiful Victorians with a message for the Dictator @therealrukshan live on FB https://t.co/Pjld0AAoqK pic.twitter.com/srlFTsL8So

“Kill the bill” was a popular chant too, referring to legislation which will allow the Victorian Premier to declare a pandemic and thus a state of emergency at any time.

Pleasingly, the members of the upper house who have given Daniel Andrews a free rein in the past will not be forgotten. 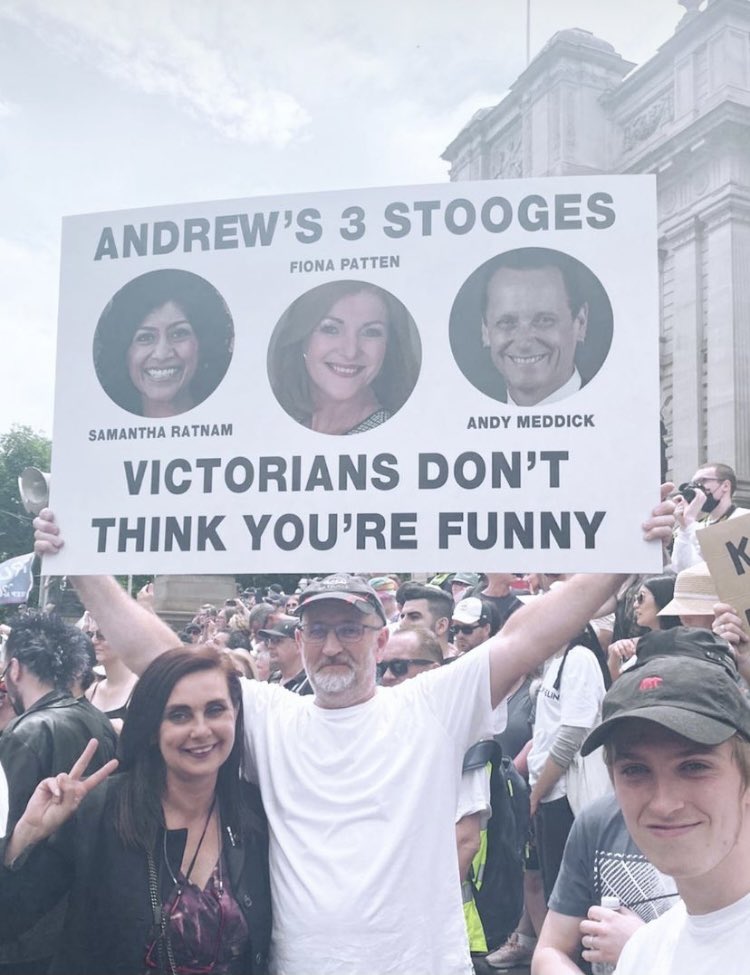 The violinist who played the National Anthem at last week’s rally made another appearance. Hopefully he becomes a regular feature, as his rendition fits the times. Australia’s Sons are no longer rejoicing, for we are no longer free.

The highlight of the afternoon occurred when it became very apparent to the Lying Press just how unpopular they are.

The maggots from the media need protection from the people.

Says everything you need to know about what they have enabled in this country and across the planet. pic.twitter.com/JrIhwKG8TG

For some analysis of the state of things, let’s go to Matty’s Modern Life, whom you can find on Telegram:

Great to see so many people turn up to the protest, but the question still remain: are the ruling class actually scared of this?

Protesting is all well and good, but unless it’s backed up by something tangible that will make the state afraid then it’s not doing much.

The only thing that will end state imposed Covid oppression is mass disobedience and masses of people refusing to obey any Covid measure at all.

That would put the fear of God into them because they would know it’s only a matter of time until they are removed from power completely.

If nobody accepts that you are in charge, then you are not in charge.

The numbers and the passion are thrilling. People are becoming aware just how bad things really are and they are realising they have to do something about it. From here, active resistance to the totalitarian laws the Victorian government is implementing will become vital.

The UN, international NGO’s, the Freemasons, the Rothschilds, you name it, they’re going all in on implementing their one world government agenda, their Great Reset agenda, their global depopulation agenda and their agenda to implement the will of their master satan on God’s earth.

We must stop them and we will stop them. 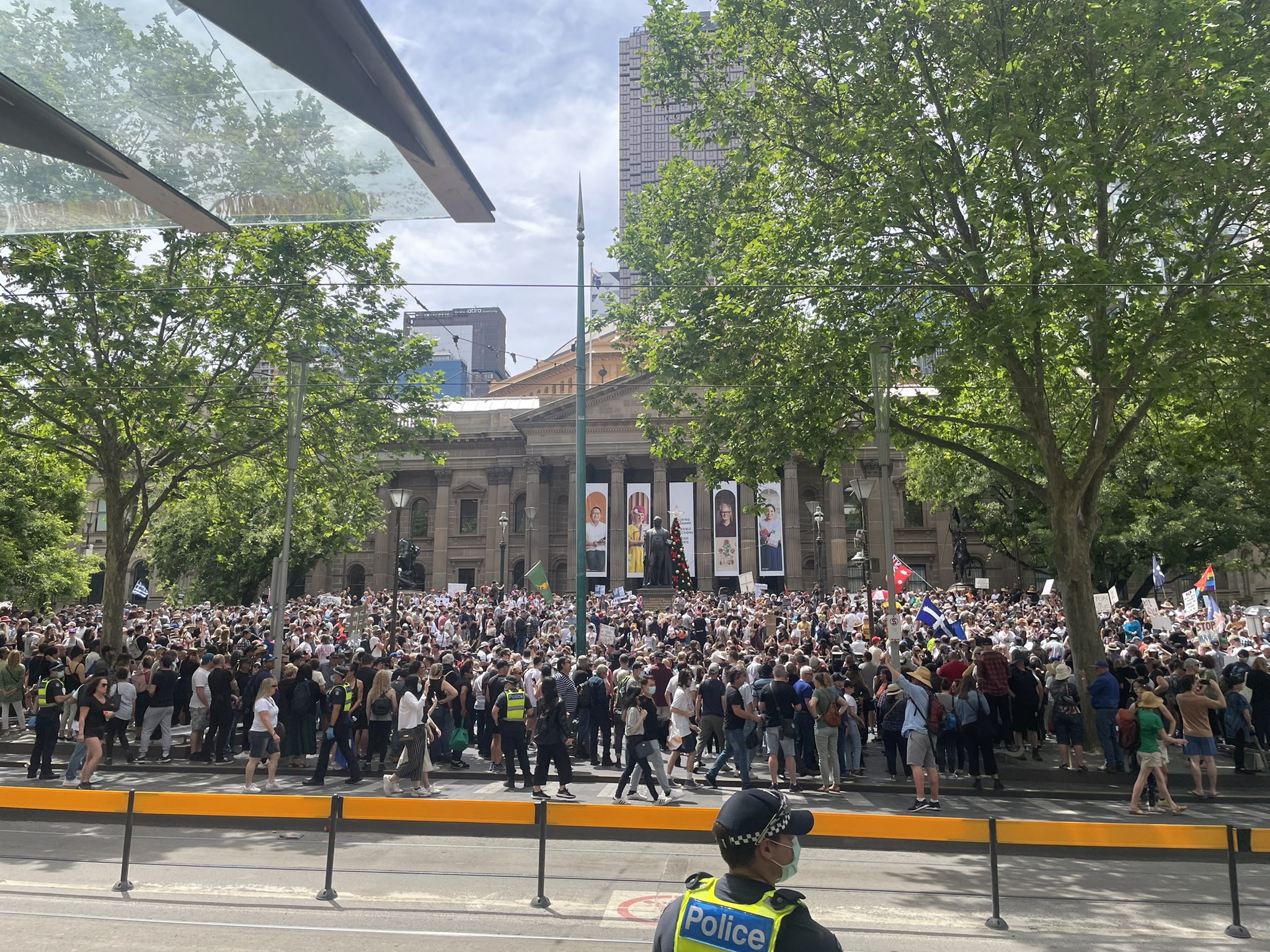