Over a million Australians were out of work before Covid lockdowns shut down Australia’s economy in 2020 and millions remain unemployed or underemployed today. As states reopen, employers are hamstrung by the fact that they have lost so many of their workers.

Among those millions currently out of work, you’re probably going to find people with the skills you would need. This is Australia, after all. Considering a government’s first responsibility should be to its own people, you would think that if skills were lacking, it would pump massive resources into training workers as quickly as possible.

If it is sheer manpower that is lacking, the Australian government could mobilise the considerable resources it has demonstrated are at its disposal throughout the lockdowns to transport tens of thousands of Aussies to the countryside to ensure that food doesn’t rot in the fields.

I must be missing something:

The number of migrants able to come to Australia each year could increase once COVID-19 border restrictions are eased.

Immigration Minister Alex Hawke has indicated the annual migration intake next year could be scaled up to help fill vacancies in key industries.

The only way this is going to be sorted out is if we fly in millions of foreigners so they can create jobs for us. Perhaps they expect us to all start up cafes to service all the new skilled migrants. I hope they like coffee. Or would that be imposing our culture on them?

When Perrottet succeeded Gladys Berejiklian this month, bureaucrats reportedly provided an incoming brief urging him to take national leadership on migration, while calling for a doubling of pre-pandemic levels over the next five years.

This week the Australian Chamber of Commerce and Industry called for a doubling in annual skilled migration to 200,000 over the next five years to prevent a “skills crunch”. Innes Willox, chief of national employer association Ai Group, followed with a plea for a restoration in the annual permanent migration ceiling to 190,000 (it was cut to 160,000 just before the pandemic hit).

Scott Morrison and his ministers have also been spruiking the boon from open borders, with the imminent return of tourists and students. Immigration Minister Alex Hawke believes skilled migration “will come back very quickly because Australia is a very attractive destination, and the government will ensure people are incentivised to come back”.

Australia is an attractive destination because White people still live here and it is a universal human right for non-Whites to have access to White people. Hence the panic when international commentators notice that Australia is turning into the same authoritarian third world shithole from which all those skilled migrants are trying to escape. 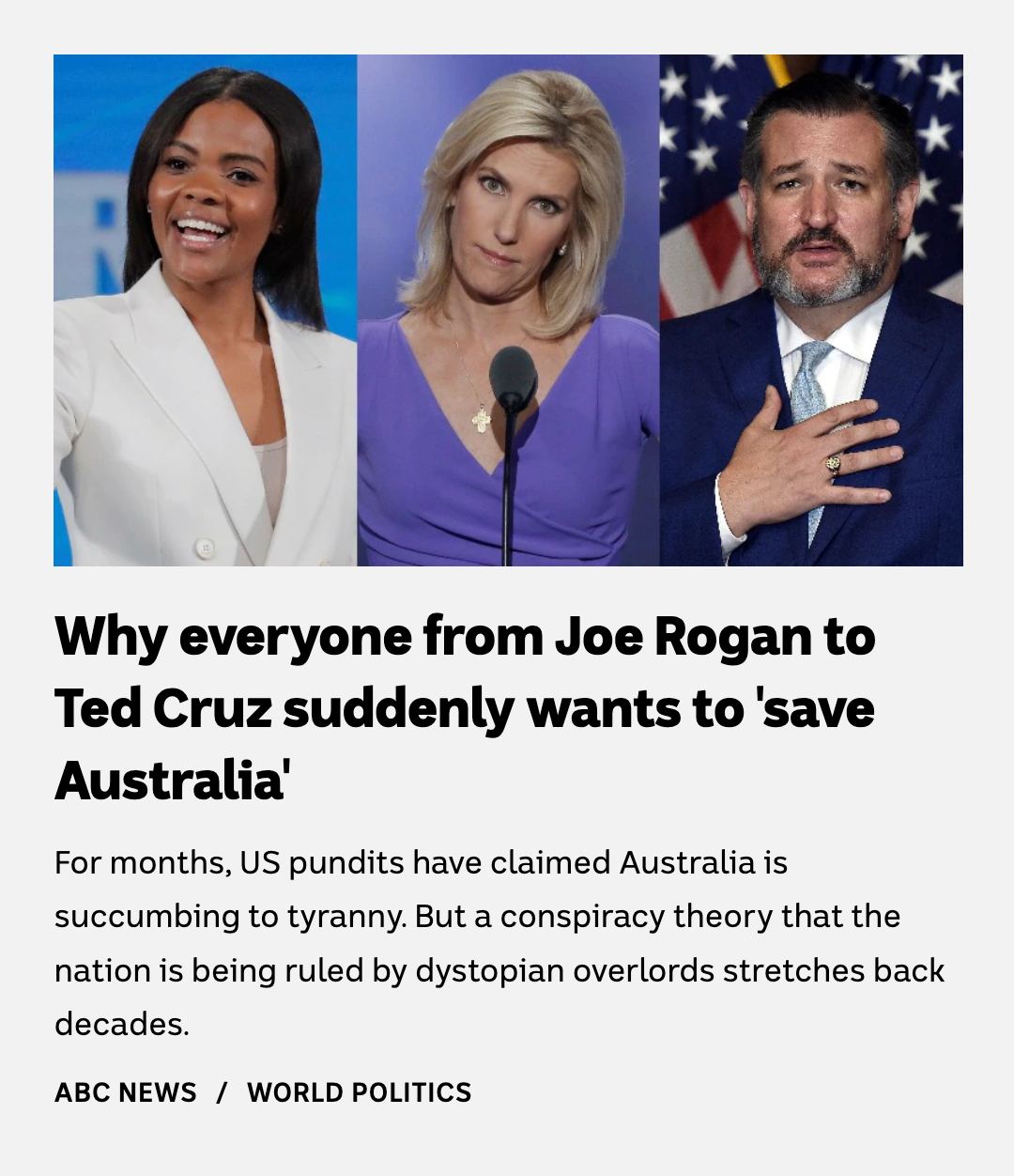 Not so attractive now, are we?

Bizarrely, we are told we need both skilled and unskilled migrants. 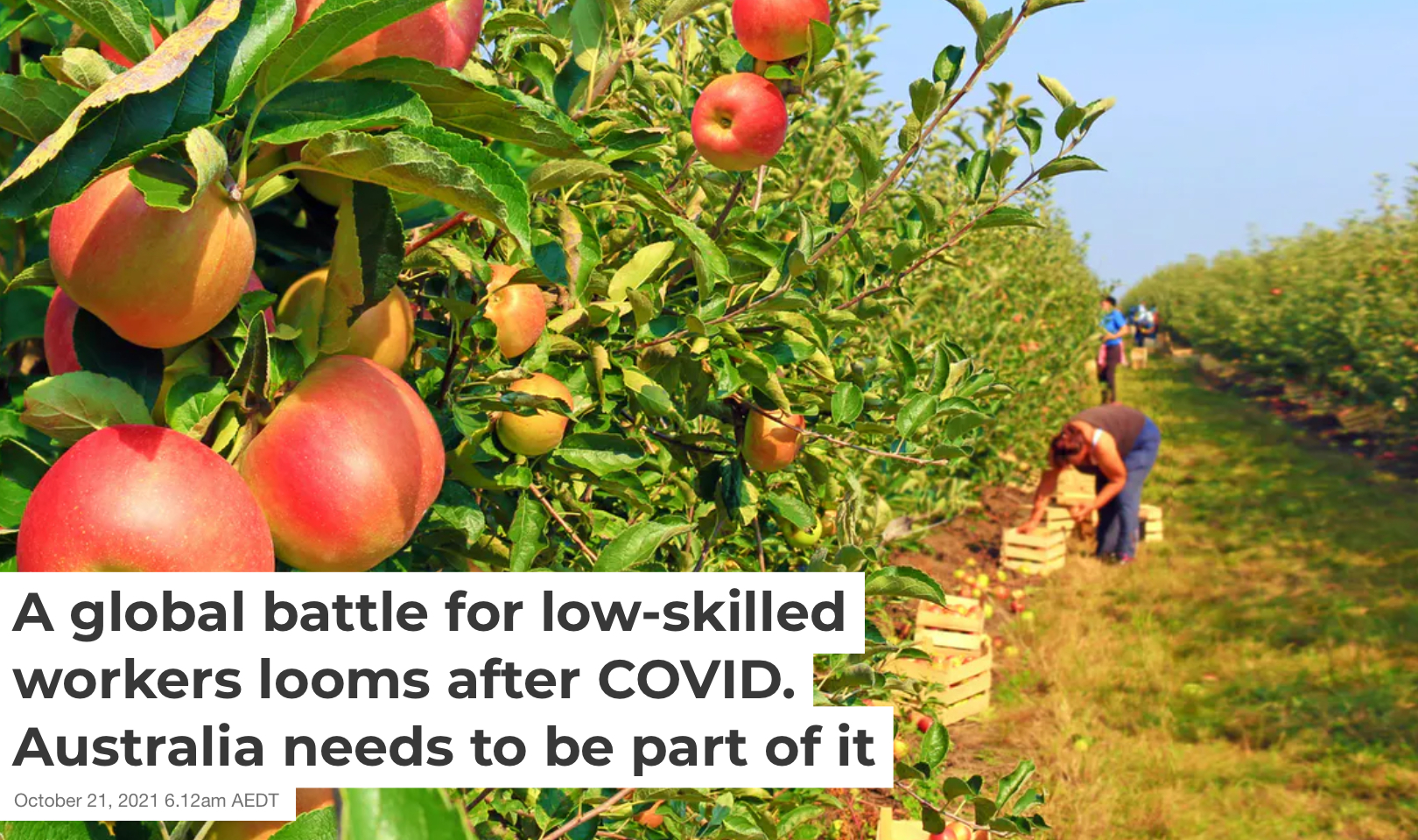 This does not make sense. You would think that if you can’t afford to wait for a bogan from Braybrook to learn how to manufacture a microchip, you can at least put him on a bus, spend five minutes training him to stick out his hand, pull an apple off a tree and put it gently in a box.

I could go on, but let’s consider just one more thing. A genuine reason a worker shortage exists in Australia is that state governments are actively preventing many people from working through vaccine mandates. If the vaccine uptake is anywhere near the figures claimed this should not be such a big deal.

In short, when it comes to vaccine uptake, they’re lying through their teeth.