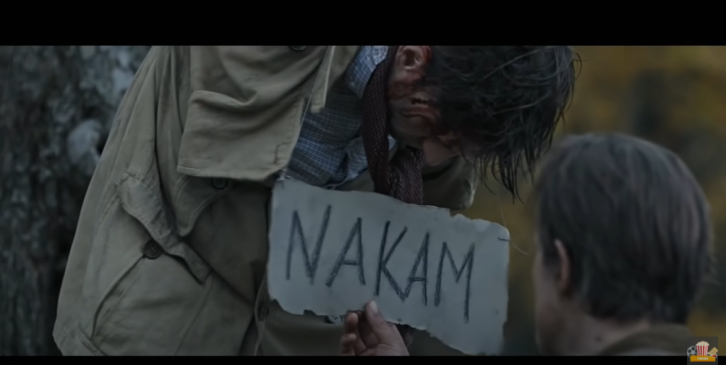 An upcoming Israeli film that sympathetically portrays a group of Jewish terrorists who attempted to murder millions of German civilians by poisoning their water supply is enjoying uncritical publicity in Zionist media.

The film, “Plan A,” is based on a true story that director Yoav Paz extensively researched through recently unveiled testimony as well as the book Li Nakam Veshilem  (Vengeance and Retribution are Mine) by historian Dina Porat.

Following the end of the second world war, a group of approximately 50 Jews led by communist partisan and Israeli national poet Abba Kovner formed a group called “Nakam,” or “the avengers.”

The group concocted a scheme to infiltrate post-war Europe and kill millions of German citizens by adding arsenic to their drinking water — a plot they called “Plan A.” Were that to fail, they had a “Plan B” where they would poison German soldiers held in Allied prisoner of war camps. According to Kovner’s testimony, the future first president of Israel Chaim Weizmann aided his organization in the operation.

“Plan A” failed when British security forces intercepted members of Nakam and they were forced to throw their supply of poison overboard of their ships. Individuals in the Zionist movement also believed that a terrorist attack of such a magnitude would’ve caused diplomatic problems for the soon to be founded Zionist state and may have tipped the British off.

Eventually they succeeded in partially achieving “Plan B.” They infiltrated the American run Langwasser internment camp and were able to poison thousands of captive German soldiers by putting arsenic in their bread. While many were seriously ill, the New York Times claimed at the time that there were no known deaths, though this incident has no been closely investigated. The criminals in question were thwarted in their other operations but released after a few months.

According to Paz and his brother and co-writer Doran, the point of their movie is not to examine “right and wrong” or “black and white,” but instead to make Jewish viewers sympathize with the Nakam’s mindset and actions.

Stephen Applebaum at Jewish News appears to come away with the message the directors were trying to convey, “Putting yourself in the shoes of the Avengers today is a queasy sensation. Their suffering and loss is made palpable in the film, but so is the suffering, loss and horror they planned to inflict on millions. What would you have done? Hopefully, none of us will ever need to find out.”

Though “Plan A” is in English and has a relatively well-known cast, including German actor August Diehl and “Bladerunner 2049’s” Sylvia Hoeks, there are not many reviews for the upcoming feature set to debut in America and Europe on September 13th.

Cath Clarke at The Guardian is so far the single exception, but she focuses on the film’s technical failures rather than the dark message suggesting that Jews should consider indiscriminately killing people from ethnic groups they have grievances or grudges against. A film promoting such a dangerous message in any other racial and historical context would’ve undoubtedly garnered much more controversy. 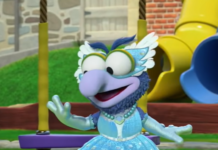 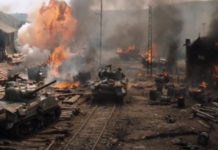 The top 10 manly man war films of all time 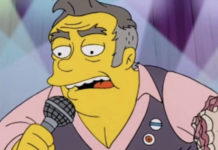