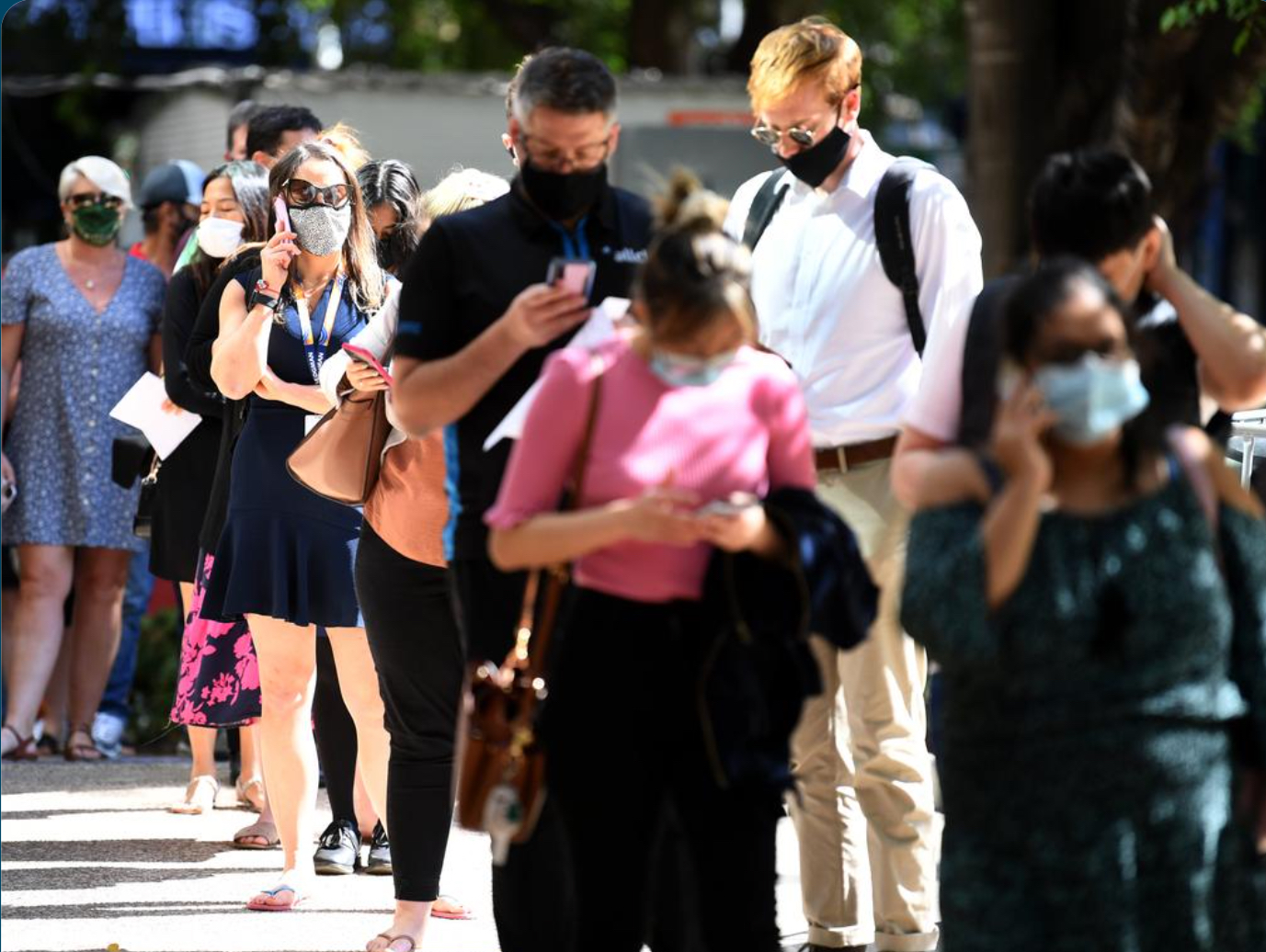 Yes Australia is inexorably sliding towards an outright totalitarian police state under the useful guise of battling an annual flu outbreak with a survival rate across all age groups of over 99%. To be fair, it didn’t take very much to get to this stage; the fire was already well laid, so to speak. It just needed a nice little spark.

In these modern times where dueling is outlawed and it is no longer permitted to wander down to the local parliament and string up a certain number of particularly egregious offenders as an example and warning to others, the only recourse left to us is the use of words. This is also the case on the other side, at least to a certain extent. What I am saying is that words are powerful. Words are our weapons in the fight against the forces arrayed against us, at least at this stage.

That said, it is helpful to be able to understand how words are used against us by them. The other side uses lies. You can call them untruths, or misdirections, or even propaganda; but what they are is lies. You need to be able to spot the lies and to see through their bullshit. Only then will you be able to function in a coherent manner and thus be a real threat to those who seek power over us.

A good example of lies in action was published in The Australian newspaper on Monday of this week. The article titled, Jabbed Australians demand their freedom, YouGuv survey finds, utilizes a survey commissioned by the news outlet itself. This in of itself is a lie, as anyone who knows anything about surveys understands that the primary purpose of a survey is to obtain the pre-determined outcome that those commissioning the survey seek to publish. While NewsCorp might ostensibly be behind the survey, in reality they are merely willing tools of the government, who itself is a willing tool of those who fund it.

A clear majority of Australians want fully vaccinated people to receive preferential treatment over the unvaccinated, to allow them to resume normal life and travel freely both interstate and overseas.

A landmark survey also finds the biggest incentive for people to get vaccinated would be to exempt all fully vaccinated Australians from future lockdowns.

The survey by YouGov, conducted exclusively for News Corp Australia, publisher of The Australian, from August 20 to 25, sends a clear message that anti-vaxxers should not expect to regain the freedoms they enjoyed before the pandemic.

Anti-vaxxers are the enemy of the government and its allies, and thus they must be attacked at every opportunity. This is designed to both whip up support from the segment of the population that has fallen for and thus become invested in the lie, and to pressure the recalcitrants into surrendering to the lie and not causing any more trouble. Hence a fake survey. The quoted text is revealing in that it so casually dismisses the idea of Australian citizens having any rights or freedoms. Apparently in certain situations determined at random by government and thus to their advantage, citizens can have their freedoms removed at whim and these will only be “reinstated” if said citizens submit to whatever conditions the government imposes under duress.

I hope that the reader is now sufficiently informed to comprehend the fact that the quaint idea of governments representing the people has now been decidedly thrown under the bus.

I won’t go into the entire content of the survey as for the purposes of this article it suffices to merely examine one small but critical part.

Two in three people support a so-called vaccine passport that people must produce to gain entry to sport venues, cinemas, nightclubs and restaurants. Just one in five people, or 21 per cent, oppose such a move.

The survey found strong resistance to allowing unvaccinated people to travel interstate or overseas once everyone has had the chance to get the jab.

Vaccination status was also seen as important for overseas travel, with 68 per cent of people supporting the resumption of travel for vaccinated people only.

Just 22 per cent of people ­believe that both vaccinated and unvaccinated people should be allowed to travel overseas once the vaccination rollout is complete.

Critics have warned this would lead to a two-tier society of the vaccinated and the unvaccinated, but the survey findings suggest this is what people want.

Once you become adept at spotting the lies then they stand out like the proverbial dog’s balls. We already know that the survey process is designed to come up with pre-approved outcomes. But the last section in bold is another matter entirely, and rather interesting when you consider the wide reaching implications attached to its seemingly innocuous ten or so words.

NewsCorp is effectively shrugging its shoulders while pretending to have its arms tied behind its back. Gee, we’re sorry guys, hey we don’t really want to impose all of these horrible restrictions on the unvaxxed, it’s the people who want it, don’t ya know.

The people. In other words, democracy. This distasteful political system now seems to have devolved to the point where anything is permissible if it is what the people supposedly want. Gee, we’re sorry that you’re against confiscating the private land of citizens who object to mandatory euthanasia of citizens over the age of 65, but it’s what the people want.

And so on and so forth. Manipulating large segments of the population through fear and then using that supposed mass compliance to impose draconian laws under the auspices of democratic ideals is what people meant by the worst type of tyranny being that which is supposedly done for your own benefit.

The other crack in the hole is the lie of equality which is what democracy is based upon, all votes being equal and all that. But the world in reality does not work in blank equality, not unless we want to devolve to a state of micro-organisms or bacteria, true equality there, comrades. As Miles Mathis put it in a memorable essay recently, equality conflicts with nature.

Equal-time was inserted by Intelligence into politics to act as a wrench in the spokes. Equal-time asserts that everyone’s opinion is of equal value, and so they should be given equal time in the argument. But that is absurd. The truth is, most people’s opinion isn’t worth a plug nickel, since they don’t know anything except what they have seen on TV. So listening to them is just a waste of time.

The same people pushing these fake surveys on behalf of a fake government controlled by overseas agencies would have us believe that the opinions of the people who swallowed their crap should then be the deciding factor in our own personal liberty and freedoms. A non-trial by jury of several million dumbasses. A big steaming turd of a lie-cake. And as soon as you succumb and take a bite then they own you. They own you. Their lies will be yours. And every time that you open your mouth you will hate yourself just a little bit more. But the majority of your hate will be reserved for those that didn’t submit, that didn’t fall for the bullshit, that have a few vertebrae knitted together in something called a spine, that were prepared to do whatever it takes not to bow down to these insufferable morons.

Ah, it’s a grand old time to be alive.