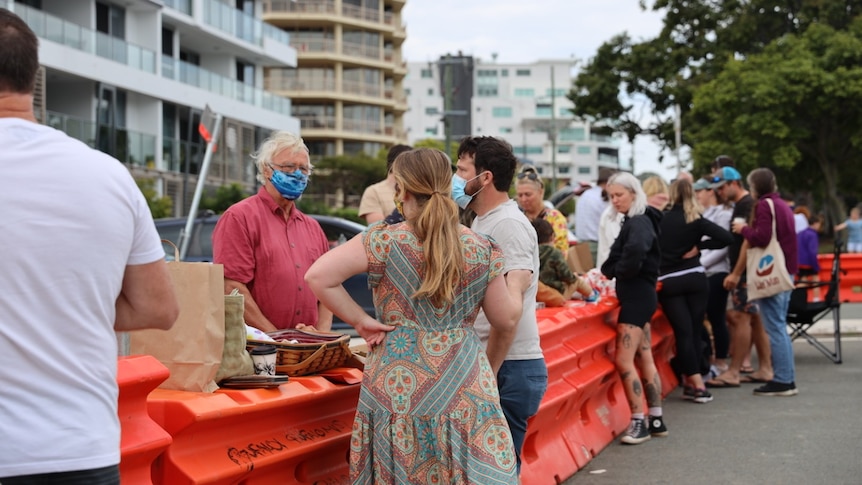 One of the most bizarre things to happen in Australia since this bizarre non-pandemic began happened yesterday. Aussies were forced to hug their relatives over a makeshift red barrier erected down the side of a Gold Coast street.

From the Lying Press.

The busiest Father’s Day dining spot in Queensland isn’t taking reservations: it’s a plastic barricade in the middle of a Coolangatta backstreet.

Families struggled to find a spot to set up their camp chairs, desperate to meet dads, grandpas, and uncles for a unique Father’s Day.

The dark humour in this is that a bureaucrat would have dreamt this one up and probably thought she was doing a good job. Australia was over-officiated before the non-pandemic began. Now, unintelligent paper shufflers are designing more and more macabre ways in whch to gently torture Aussies.

Hilariously, family gatherings must now be monitored by the Stasi:

Dozens of police in cars and on trail bikes monitored the area, which was at its peak just before midday.

Police on foot walked both sides of the border, handing out masks and asking for social distancing but wishing everyone a happy Father’s Day. 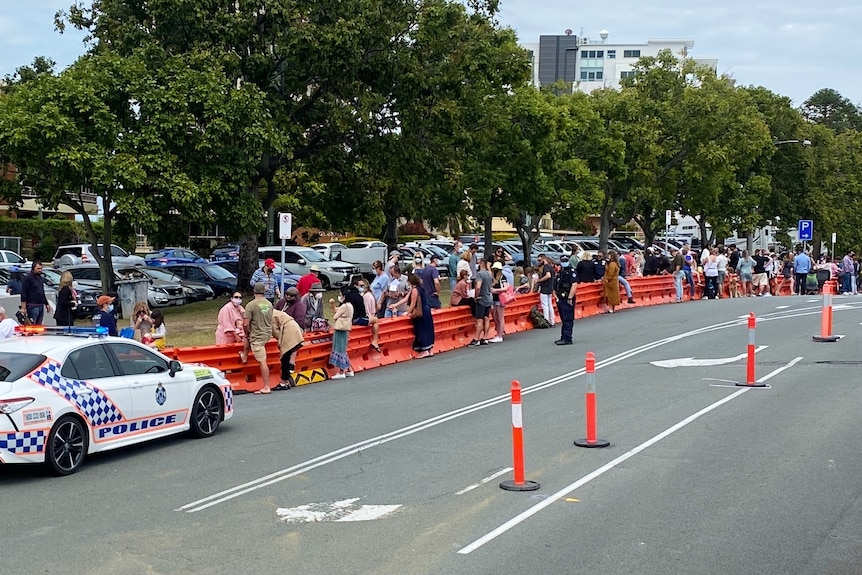 They were not moving people on, despite New South Wales being in a statewide lockdown.

Note the way in which the Lying Press is trying to make this appear like ordinary Aussies making the best of a bad situation, while police and authorities do their best to balance public health and common compassion. There is a reason yours truly injects XYZ articles with indignation. This is appalling, unnecessary, and just, simply, dark.

Freakshows like this are designed to break people’s brains. If you accept the idea that you have to hug grandma over a flimsy red fence while you both are wearing muzzles, but the two women next to you have a conversation over the same red fence more than 1.5 metres apart and they aren’t wearing masks and you’re all apparently saving yourselves from a virus which is killing millions across the globe, your brain is broken. 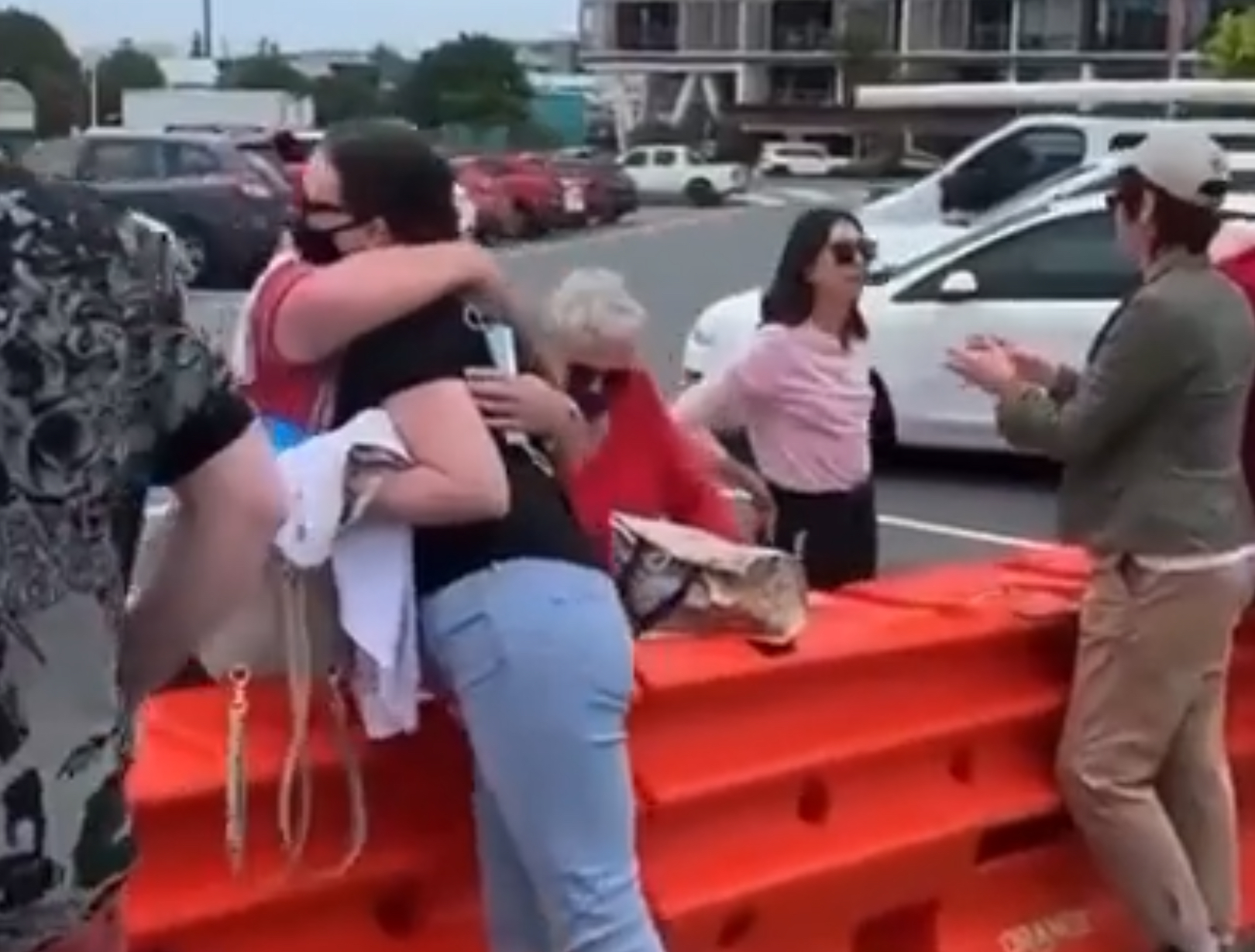 Balloons, food, and games added to the party-like atmosphere, but most families said they would prefer a different type of get-together.

I stopped reading at that point. There is a reason people are scared of clowns. 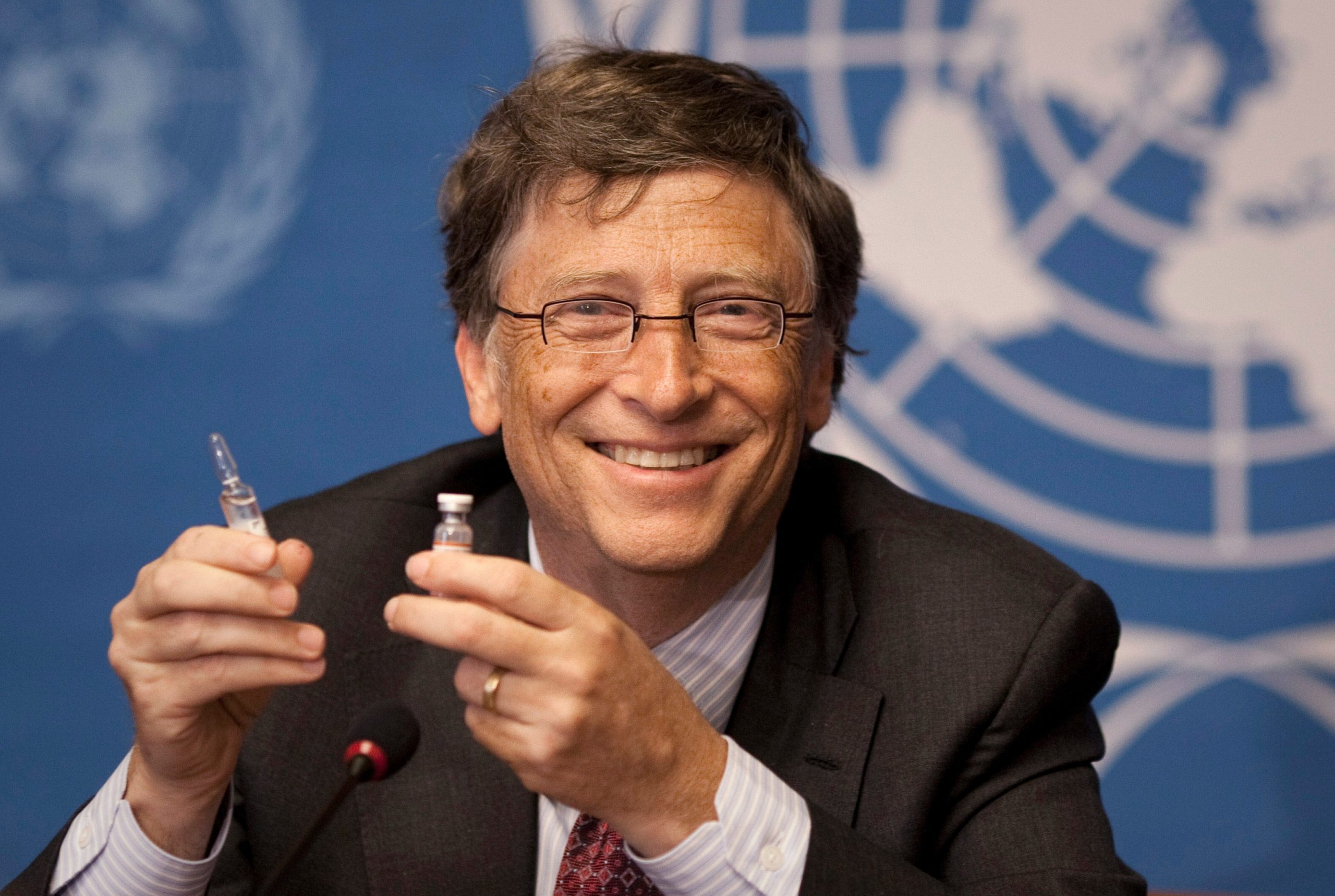