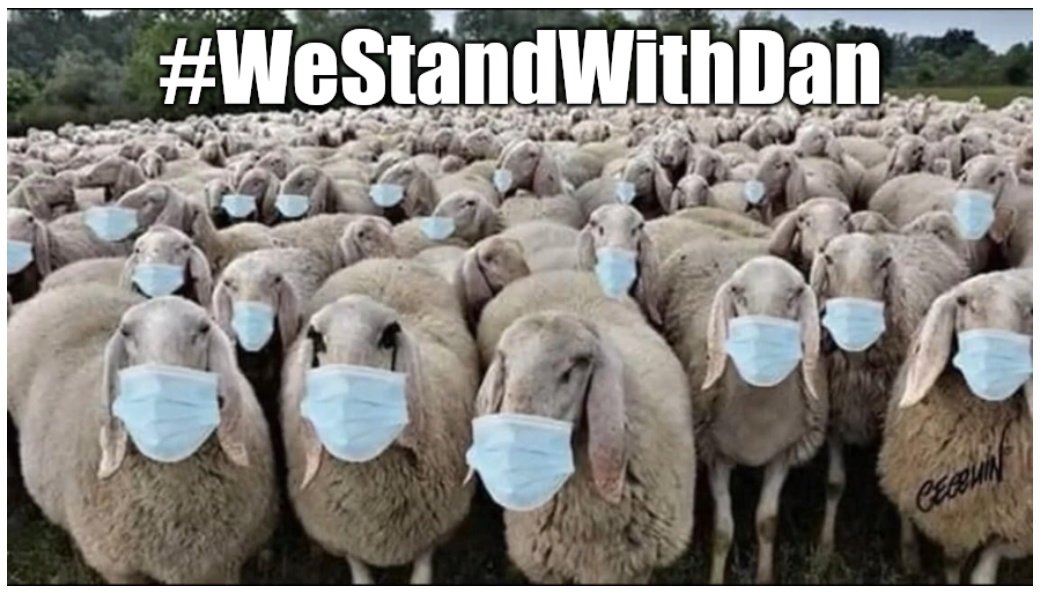 There are reports that senior executives at big companies who are considering imposing the peck as mandatory for employees are getting a little nervous at the prospects of mass disobedience.

I’m in a senior position at a Fortune 500 company, and I can tell you that leadership is highly, highly stressed about the number of people refusing mandatory vaccinations. They are currently betting that employees will blink before management, but if the unvaccinated employees stand firm in their convictions, this company will be fucked. If the company follows through on its threats and fires all the unvaccinated employees, the company will be decimated and will not be able to function.

Don’t give up. Don’t give in. There are more of us than there are of them.

Whether or not this is accurate, the point is that in regards to the power of the silent majority it is true.

For a long time, many of us have despaired at the futile nature of democracy. It provides the hope of genuine participation but in the end it is a rigged game. It is rigged for many different reasons. Primarily, a system with two main parties opposing one another seems fine on the surface but in reality offers no real choice when those directly involved with the running of power are all in bed with one another, metaphorically speaking of course. This is what is known as the illusion of choice.

Even when a once in a century moment comes around and an outsider such as Trump manages to gatecrash this cosy system, he is rendered impotent by the combined weight of those set against him. During the Trump era it was hard to distinguish between Democrat and Republican players as they foamed at the mouth at the awful outsider who had had the sheer bad taste to upset the apple cart.

Then there is the matter of outright fraud, as is being seen more and more often as the big players scramble to make sure that voting is done correctly. By correctly this means that the pre-desired outcome is realised. As things stand now there will never again be another Brexit, let alone a Trump. At least while this sham democracy remains on its two very wobbly legs.

But the vaccine is a great moment and opportunity for those who chafe at their political and social bondages. It is simultaneously both highly personal and community minded. In a personal sense you refuse to be obediently poisoned by the regime. But in a community sense, the weight of those individual refusals quickly begin to add up. They cannot unperson fifty per cent of the population. Not without grave consequences to their bottom line.

In short, it is the biggest opportunity for taking a stand against the benign tyranny of the modern age since its inception. This is the great moment. This is why governments are going all-in with their efforts to force people to get the jab. And the more hysterical they become, the more ridiculous their demands, the more that they abuse their power, then the more that we are closer to winning.

And winning in this case has a good opportunity of tearing open the curtains to expose the pathetic Wizard of Oz operating the levers for all of the normies to see. The individual pressure to submit and just take the jab is great. I know that as well as anyone. But the more that the pressure mounts, then the more that your real vote counts. Choose wisely, for the generations that follow.