This is what they think of you, and they will look for any excuse when they outnumber you to do this to you.

🚨🚨BREAKING: A young man has been rushed to hospital after he was stabbed repeatedly by a group of youths brandishing foot-long knives in Hyde Park pic.twitter.com/97uEoX1luu

I was in Canberra about 4 years ago catching up with some Nationalist mates having a night out on the beers and we decided to get some cheeky late night food around 2am, there was 5 of us.

When we got to the pizza shop there was 5 blacks sitting there minding their own business, they appeared to be nigerian/ west africans, we sat down on the available tables next to them, and other than them casually sizing us up there was no drama or tension.

When the obvious pack leader got up to get a soft drink he made sure to eye ball me when he did it, I just gave him a wink and he smiled back.

“Its all fun and games”, I thought to myself, he knew that I knew, that they wanted to start us but didn’t want to risk it because of the equal numbers.

We got half way through our meals when another group of blacks rocked up, maybe 6 or 7 of them.

These were a different strain of blacks, they seemed more central/east african.

It was obvious the second group didn’t know the first group because they were both initially very wary of each other, their posturing, body language, distance and none of them greeting each other.

“Hey bro.”
“My brother come sit with us.”
“Watch out for these White boys bro.”
“Where you from brothers?”

Now I know some of you will say, “well you are who you are so of course this would happen”, however, we were not wearing any distinguishing clothes, insignia, tattoos, or shaved heads.

We were just a bunch of White boys.

The situation immediately got tense, you could hear a pin drop and the next 10 minutes felt like a sobering hour.

They were trying to gee themselves up but were waiting for a moment. You could (as I am sure anyone that has been in a similar situation) empath into their collective unconsciousness, it went from mild precaution/distrust to “lets get Whitey”.

As we finished our meals, two White guys about our age and build rocked up to get food.

Drunk and completely oblivious to what was going on, I tried to lock eyes with the sober one of the two.

After a couple of minutes he finally worked out why I was staring at him and what he had walked into.

He wasn’t in Australia anymore, he was in the jungle, and he was going to need his instincts to get out of this one.

Once the two White boys got their food I pulled chairs aside near us for them to sit down.

We waited for them to finish their food, then all of us left more or less together, in separate groups, but we made sure we went the same way as them.

The blacks got up at the same time and started following us, but gave up after the first block.

Now I know, not a very eventful story, and I know of hundreds much worse and have stories that I couldn’t share here.

Originally published by Thomas Sewell on May 6, 2021 at Telegram. 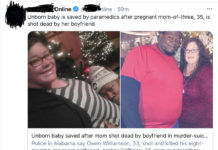