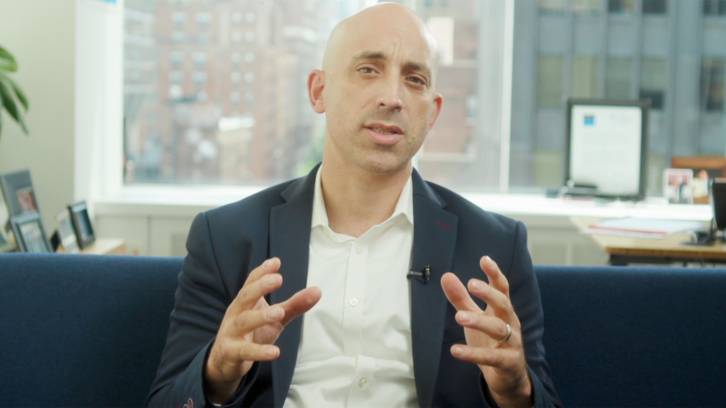 49 national and state-level Jewish racial advocacy groups sent a letter addressed to Joe Biden, Kamala Harris, Nancy Pelosi and Chuck Schumer yesterday instructing them to include a “pathway to citizenship” for virtually all illegal immigrants currently living in the United States.

The letter, signed by organizations like the Anti-Defamation League and Bend The Arc, calls on Democrats to include an amnesty for “immigrant youth, Temporary Protected Status (TPS) holders, essential workers, and their families” in “any future economic recovery or infrastructure legislation that moves forward via budget reconciliation.”

Speaking on behalf of the Jewish population, they further state that “Immigrant justice is especially personal to the American Jewish community” and that “welcoming outsiders” (except in Israel) is a quintessential part of their tradition.

The Democratic party’s Jewish and corporate sponsored pro-immigration stance has become an electoral liability. Earlier this week, the overwhelmingly Mexican-descended and former Democratic stronghold Texas border city of McAllen elected its first Republican mayor in 24 years, citing the desire to crackdown on immigration as the reason.

During a recent trip to Guatemala, Vice President Kamala Harris reacted to public opinion at home by going on Central American television and telling people to stop immigrating to the US, which drew a rebuke from Alexandria Ocasio-Cortez and the radical liberal wing of the Democrats.

The intended impact of the ADL’s immigration ultimatum is not clear, but it is obviously at least in part a peace offering to liberals and the left, who have been condemning Israel’s recent actions in Gaza. Grassroots progressives have turned support for Israel into a political third rail, and with this letter, Jews remind them that they can obtain less popular items on their agenda like open borders if they turn a blind eye on Zionism instead.

The ADL’s CEO, Jonathan Greenblatt, has been consciously working behind the scenes to prevent the “woke left” from getting in the way of Israel’s geopolitical and racial goals. Greenblatt and the wider Jewish community support and even fund most anti-white and globalist policies, but they are afraid that the non-Jews in their coalition may start to apply these principles to the Zionist project.

Jewish billionaires are the largest donors to both parties. If this is serious and not a mere publicity stunt, Biden and the Democrats could put congressional Republicans in a no-win situation where they must choose between voters and donors as the 2022 midterms approach.