Over at The Saker, Paul Craig Roberts decries the feminization of European men and their inability to stand up to the gangly hordes of turbaned invaders, much less be able to fight a war with Russia that NATO seems hell bent on provoking. He bases his piece on the two year old rant by Danish journalist Iben Thranholm where she identified men as being the problem because they aren’t men anymore. Even though he is a little late to the party, Roberts then also dutifully piles onto those pussified European men so as to not be out of step with the ladies.

Iben Thranholm says Western men have been deprived of strength and confidence by feminism.  All over Europe, white women of European ethnicity, French, German, Danish, Swedish are raped openly in public by the privileged people of color welcomed in by scum like Merkel, the corrupt French governments, the bought-and-paid-for Italians, the dumbshit British, and the white men just look away and walk on by. Not only has feminism deprived men of any sense of obligation to their women, they are scared to death of being arrested for offending a person of color by interfering with his rape of a white woman.  Indeed, in Scandanavia women are not only afraid to leave their homes, they are afraid to report their rape, because the police might charge them with a hate crime for claiming rape by a protected person of color. In Sweden the protection of Swedish women is so nonexistent that it is becoming a right for a person of color to rape a Swedish woman.  The treasonous governments, treasonous against their ethnic populations, will not confront the mistake they made by overwhelming their nations with immigrant-invaders whom they refuse to hold accountable. Therefore, they blame the raped white women.  And the Swedes are such sheep that they reelect governments that favor immigrant invaders over ethnic Swedes.

Well, allow me to retort.

This argument is analogous to women throwing a vase onto the floor and then screaming at the vase for breaking itself. You wanted empowerment, sweethearts – well, now you’ve got it, and in spades. I really don’t see what the problem is here. I mean, you keep screaming at us that you’re all strong independent women, so we believe you. Please, oh strong and independent women, be my guest and go out and stop yourselves from being so brutally raped by the barbarians that you yourselves demanded that we let into the continent.

I know, I know, how silly of me: you’re all still very busy smashing the patriarchy. That same hated patriarchy that you’re so outraged isn’t protecting you now. You really are a schizophrenic bunch, aren’t you. Just can’t make up your little minds whether you’re coming or you’re running. You’ve driven fathers out of their homes and away from raising their sons and now you’re all shocked, shocked I tell you, that your grown boys are androgynous buffoons who are more interested in comparing their hair care products than saving you lot from a fate worse than un-gelled hair on a windy day.

And why would those boys want to risk everything to save you; you’re not worth saving. Your strident voices, short hair cuts, and flabby figures encased in unflattering curtain material that barely hides your cheap tattoos just isn’t as attractive as you imagine it to be. Not to mention the fact that no matter how plain and unattractive you make yourselves, your lists of pre-requisites for potential suitors for your unfeminine forms would make Adonis or Hercules give up and find a wholesome hobby like drinking. Anything at all as opposed to having to listen to your whiny demands for attention as your eyes glaze over while you thumb your way through your cheap phones’ battery searching online for a man who will give you your five seconds of feels.

But okay; ladies, if you’re serious, and I mean really serious about turning this ship around, here is what you have to do:

This is what is known as a good start. We will also have to remove all women from any positions of authority in any public sphere whatsoever. Private companies can soldier on at their own risk and discretion while making no demands on the public purse.

Oh, and one final thing – you have to say sorry. Really, really, really sorry. And mean it. And demand that you be spanked very roughly for being such naughty girls. And you will never do it again, never ever ever. 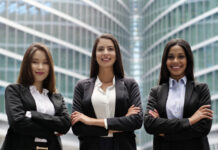