The partly White federal Greens senator Lidia Thorpe has been slammed on social media for flaunting her privileged lifestyle. She snapped herself wearing a t-shirt emblazoned with the word “Stolenwealth” while sitting in the Chairman’s Lounge before an interstate flight. It is understood she also uploaded selfies doing the duckface: 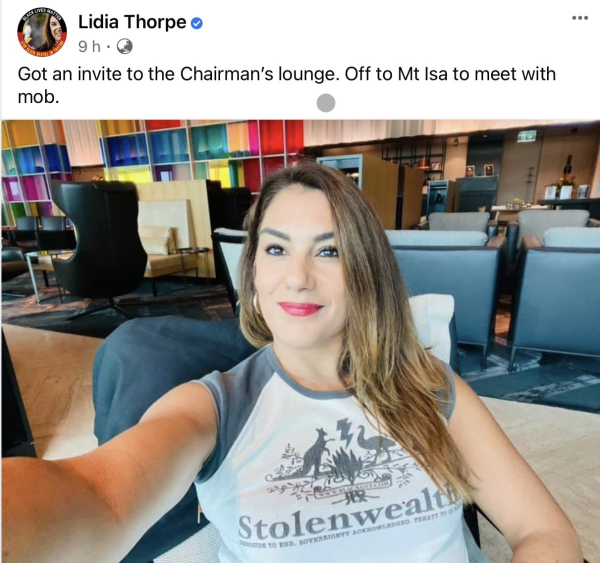 Many people swiftly noted that such a snap was a slap in the face to the working class constituency she is supposed to represent.

Hates everything about Australia ….except all that lovely money we pay her and spending time in the Qantas Chairman’s Lounge….hypocrites don’t come any bigger than this one pic.twitter.com/L6QrSkkFD3 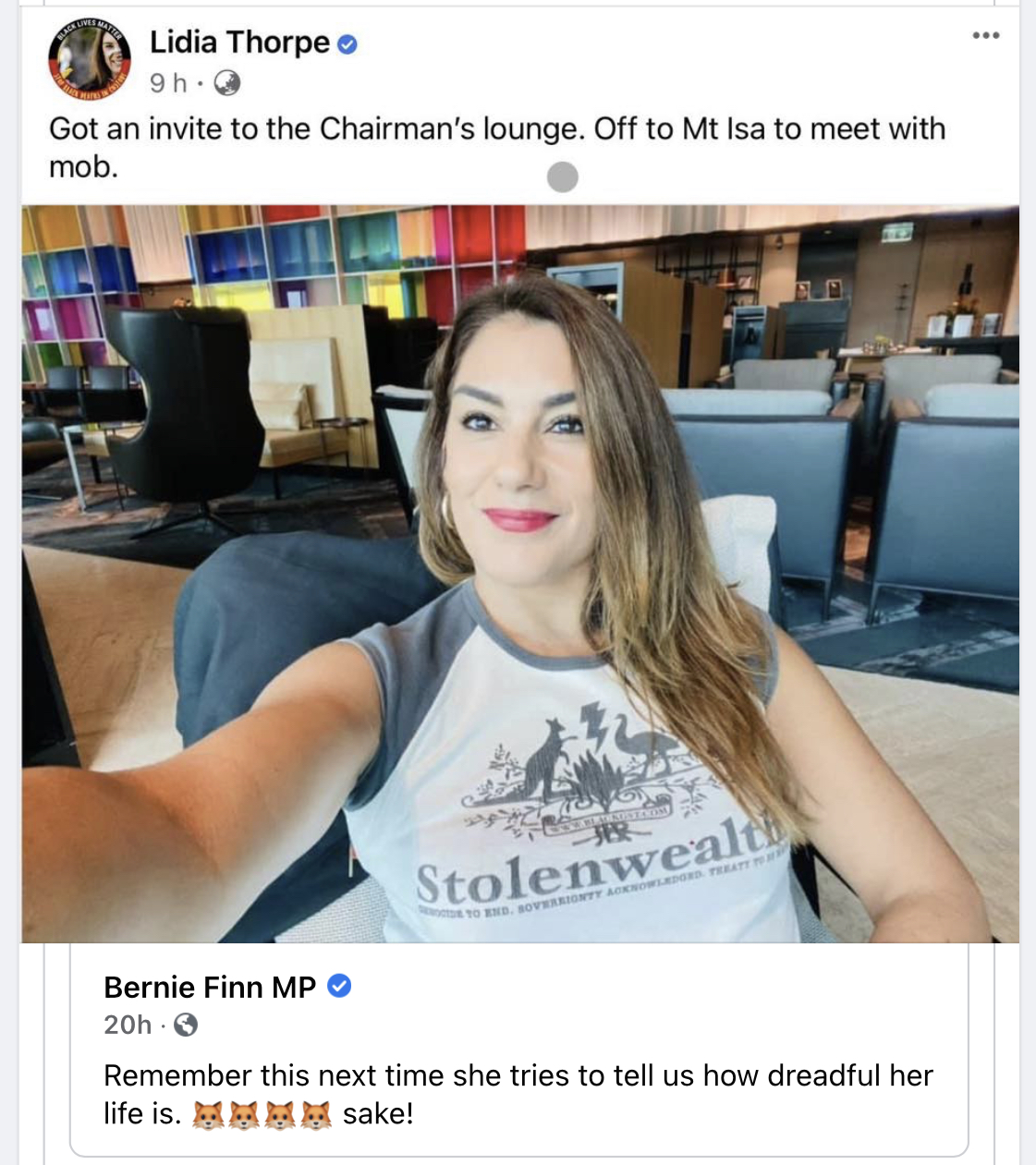 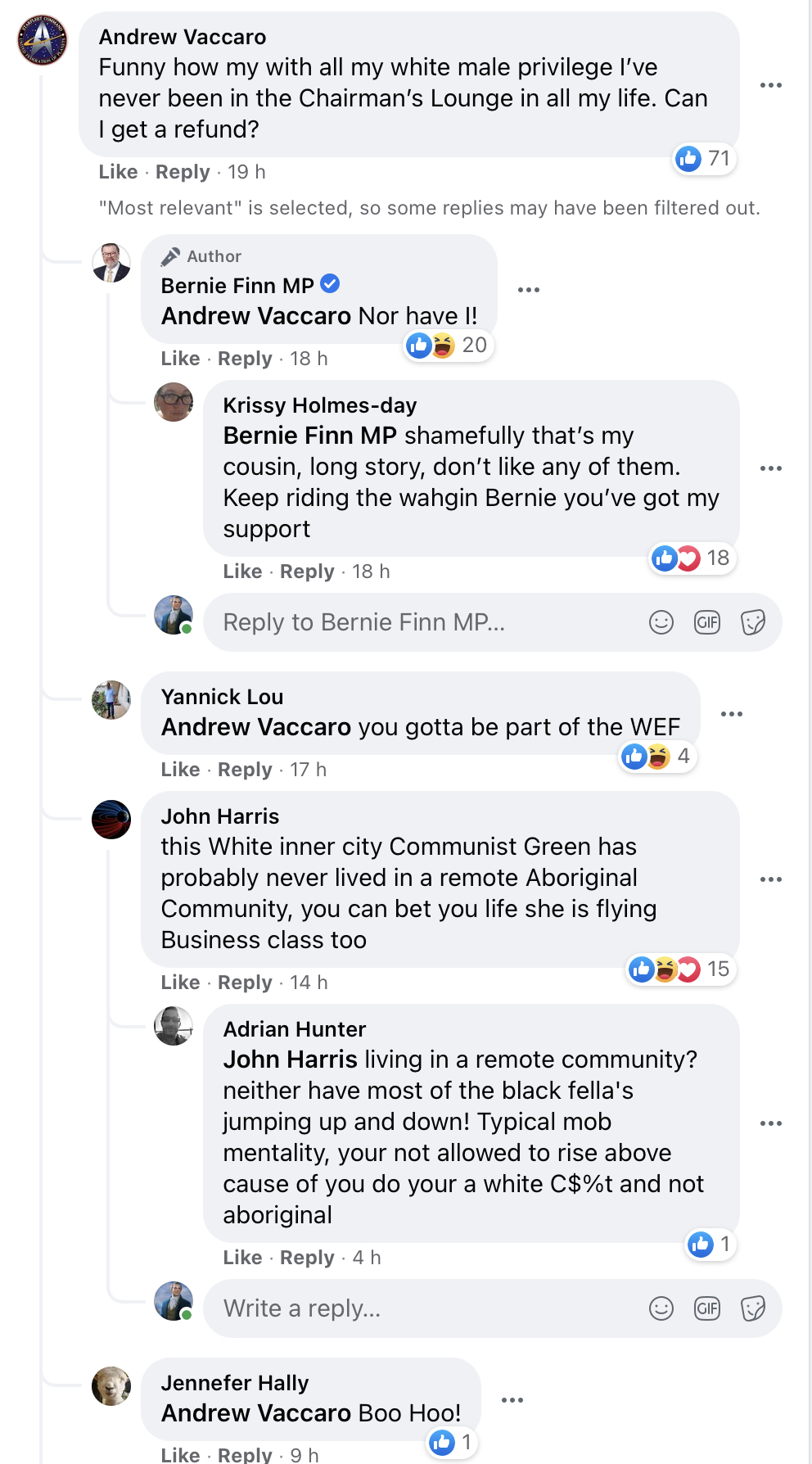 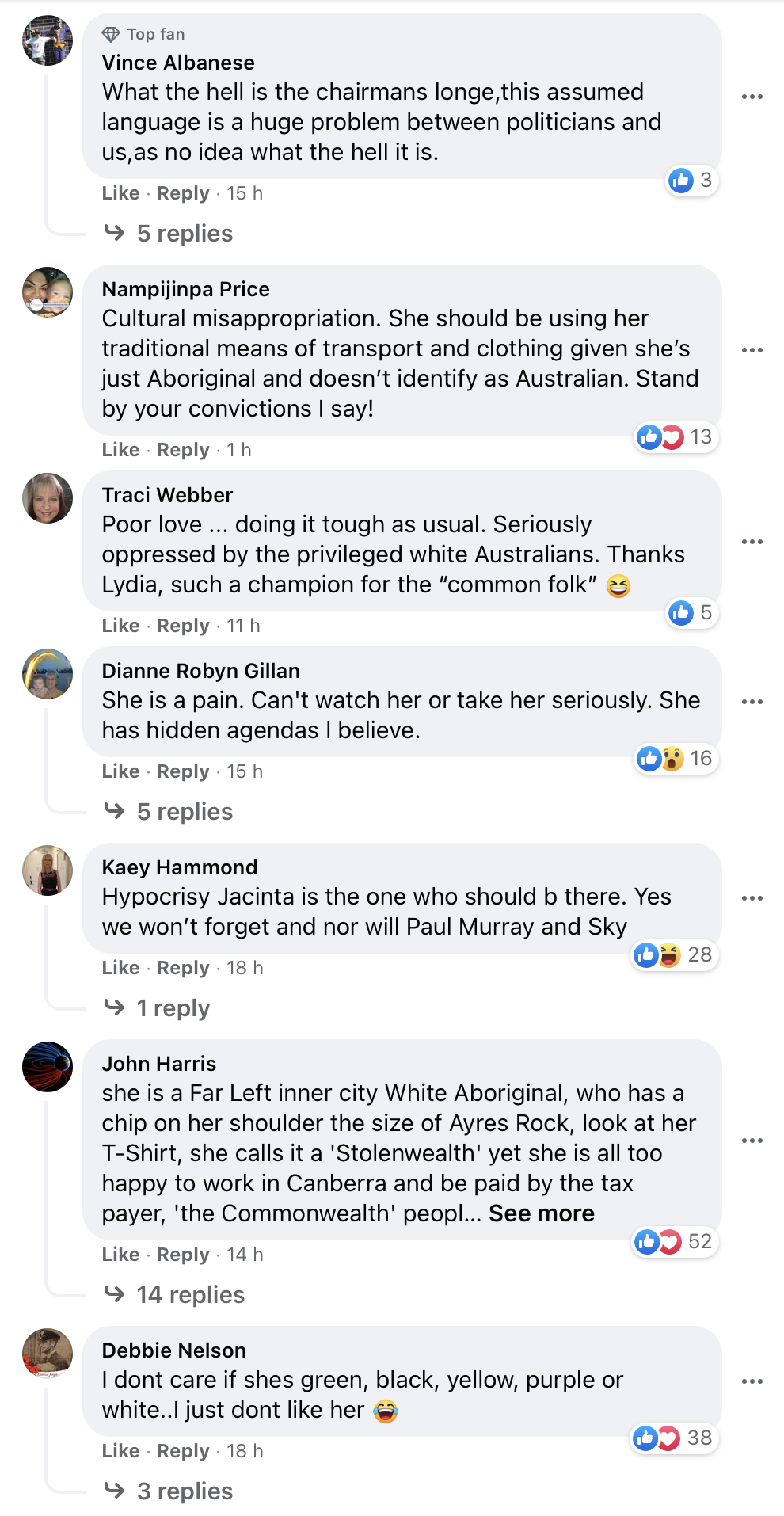 It just goes on like this. Realising the selfie made her look bad, the Federal Senator has issued an apology on social media:

“If anybody was upset by my selfie enjoying a bit of luxury in the Chairman’s Lounge before my flight, I would like them to know that was not my intention.

“I understand that as a federal Senator I live a life of privilege few can dream of. I understand that the prospect of ever flying on an aeroplane to anywhere in the world is likely to become a thing of the past to all but the privileged few, such as myself.

“I also understand that as someone who identifies as aboriginal instead of White, and who has been able to ride off the back of this self-nominated identity all the way into federal parliament, I have a privilege which most working class White people will never have. Namely, I am unlikely to ever be censored on social media, much less have my work prospects or liberty endangered by anything I say.

“I basically have a licence to say whatever crazy crap comes into my head and not only will I get away with it, my voice will be amplified by national and international media. I’ve got it made.

“In my defence, I would like to blame this oversight on my partly White blood. I hate the fact that I am partly White. If there was something I could do to remove it biologically I would do so. But I can’t, so the next best thing I can do is to constantly betray the part of me that is White.”

As a further act of contrition Lidia Thorpe has promised to testify before the Inquiry into Extremist Movements and Radicalism in Australia that she believes that any White person should be deemed a terrorist by default. She firstly just needs to get over her hangover from sipping one too many cocktails in sunny Queensland..