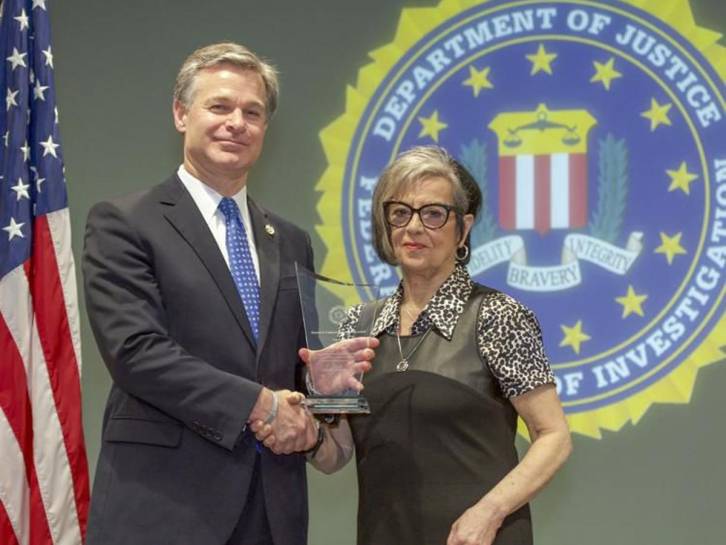 The dispute revolves around transparency, disempowering the FBI by deepening the bureaucracy, and fears that open politicization will exacerbate the DoJ and FBI’s credibility crisis.

Most of the reforms Durbin and company are seeking are redundant, the memo says. Federal agencies have already been prioritizing “domestic extremism,” and they are claiming that creating new offices and requirements for monthly reports on “domestic terror” arrests would burden them with too much paper work.

One aspect of H.R.5602 the DoJ expresses strong opposition to is a provision requiring them to draw up reports detailing the names and qualifications of individuals hired to provide the FBI’s Joint Terrorist Task Forces with “domestic terror” training.

Their excuse for opposing this is that publicizing the names of who exactly the federal government is instructing the FBI and its partners on what groups and individuals to target as “domestic terrorists” is a threat to their privacy and potentially could make them targets of said groups.

Their stated reasoning is a lie.

It is public knowledge that the FBI continues to work closely with agenda-ridden groups like the Anti-Defamation League, National Center for Transgender Equity, Human Rights Campaign and the Southern Poverty Law Center. Organizations like the ADL and SPLC have along with other left-wing NGOs positioned themselves as white, militia and even conservative “extremism experts.

In 2014, many had assumed that the FBI had severed ties with the SPLC — which goes out of its way to employ actual extremists — because they had erased their name from their list of partners following public pushback. But in 2018, Rep. Matt Gaetz discovered that the SPLC and the FBI were still working together. The exact nature of this relationship is kept opaque.

In response to Gaetz’s inquiry on the subject, the FBI gave a very general response, “The FBI has forged partnerships nationally and locally with many civil rights organizations to establish rapport, share information, address concerns, and cooperate in solving problems.” None of their “partners” are right-leaning, or even groups specializing in privacy rights and civil liberties.

One law enforcement source who has attended FBI sponsored “counter-terrorism” and “extremism” seminars told National Justice that the ADL is involved in authoring JTTF materials, which are highly editorialized and intended to politically prejudice police against the Zionist group’s critics.

The source’s claims are substantiated by the ADL’s Anita Gray, who upon receiving an award from FBI Director Christopher Wray, bragged about “working closely with a bunch of people at the FBI,” and declared that the ADL is “the country’s largest non-governmental trainers of law enforcement.”

In other words, the caginess about letting the public know who they are using as “domestic terrorism” instructors and analysts is driven by fears of public scrutiny and controversy over bias and ideological animus.

While the DoJ and FBI don’t want us to know specifics, their relationship with the ADL is an open secret.

FBI.gov hosts a self-proclaimed “love letter” to the Israel lobbyists from former Director James Comey in 2017, where he told them,

I first met with you in the spring of 2014, when I was relatively new on the job—just seven months in.

I sang your praises as an organization that fights for inclusivity and diversity, equality and justice. An organization that works with us to fight hate crime and terrorism, to educate law enforcement, and to build bridges with underrepresented communities.

I labeled that last speech a love letter to the ADL. Three years later I can say, from the perspective of the FBI, we’re still in love with you.

The speech ends with the following,

You make us better.

For more than 100 years, you have advocated for fairness and equality. For inclusion and acceptance. You have never been indifferent or complacent. And the word “silence” simply isn’t part of your vocabulary.

You have advocated for voting rights and immigration issues. You have fought against anti-Muslim prejudice and cyber bullying.

You have stood up for LGBT and gender equality. You have pushed and prodded for hate crime legislation. And you have helped us identify and track domestic and international terrorist threats.

And for all of that, we are grateful. As a law enforcement and national security agency, yes. But also as Americans. As humans.

My thanks to this room full of people who have chosen to devote their lives to ensuring that evil does not hold the field. To Jonathan Greenblatt and David Friedman and Michael Lieberman, and everyone who is part of this important work.

And on behalf of the Federal Bureau of Investigation, thank you for standing by us, for giving us the benefit of your experience, and for making us better.

And so I close my letter,

The DoJ memo to Durbin goes on to express fears that having a direct connection to the Biden administration will lead to perceptions that their “domestic terrorism” crusade is politically motivated.

With federal prosecutors quietly dropping cases for violent anarchist rioters while fiercely prosecuting veterans and grandmothers just for entering the Capitol off hours, who do they think they’re fooling?