Matty’s Modern Life has produced the following analysis of some of the changed terminology: 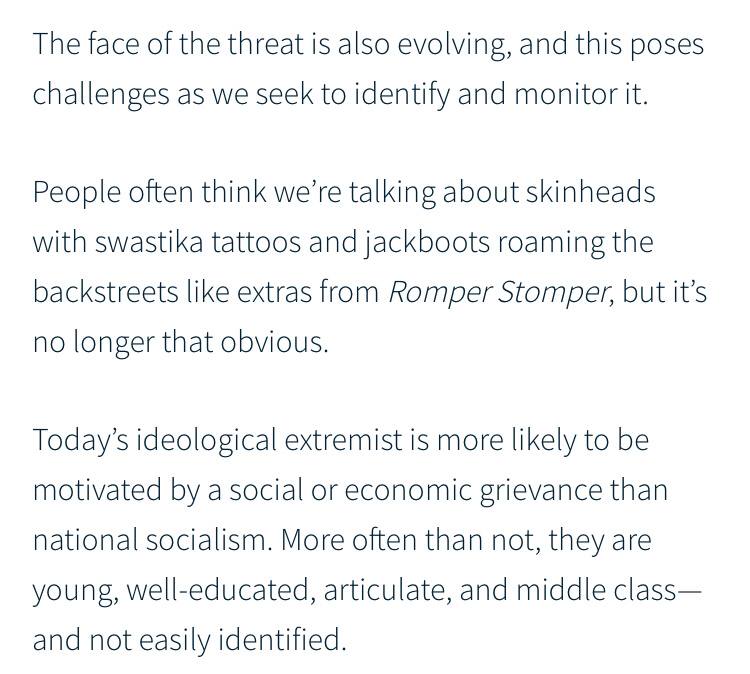 In other words, normal people have real grievances against a treasonous state that has sold our people out in the name of anti-white (jewish) globalism.

The idea that “well educated, articulate, middle-class” individuals would just one day become “extremists” for no reason at all, must be one of the dumbest things anyone could possible believe.

Yet, this is seemingly what old Penis Head down at ASIO is trying to say.

The truth is, white replacement is real, it is official policy that the ruling parasite class call “diversity” and “multiculturalism”.

It is a policy deliberately designed to replace Whites in our own lands, while making jewish owned banks and corporations rich.

The state floods us with foreign workers who congest our cities, lower our wages and parasite off our commons.

Australians struggle to find work, while we see our suburbs transformed into foreign enclaves before our very eyes.

We were never asked if this was Okay.

Our whole lives we were told that democracy was about representing the will of the people, yet the state has flat out ignored our will for decades and now it’s getting scared that we have had enough.

This statement from ASIO is essentially an admission that we are right and that they are traitors for doing anything at all to hinder the nationalist cause.

They are now without excuse, and one day justice will be served whether they like it or not.

jews, traitors and state funded parasites will not replace us.

By God, we’ll have our home again.