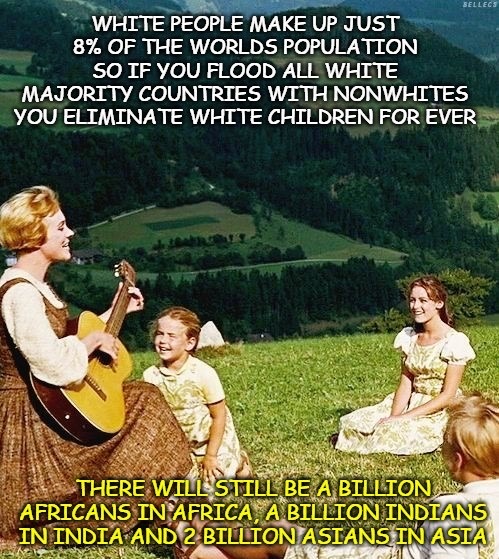 With mass third world migration into America and Globalist control of Big Tech, Media, Entertainment, Courts, Universities, Corporations and Finance we are seeing the end of the last Republican President. We shall soon have a lot of disgruntled Trump supporters and QANON followers who realised that there was no 11th hour 5D Chess Trump card. It’s all over. Life will steadily get more difficult as the Globalist leftist momentum emboldens Antiwhites around the world.

We can’t do much to assist American patriots but we can reinvigorate the greatest fight in the Western world, the fight against White Genocide. With possibly millions of disgruntled Trump supporters looking around for meaningful struggles against the Globalists, now is the best time we have ever had to evangelise and grow.

The battle against White Genocide started thousands of years ago and it will last until we secure a homeland for our children. We all play a role in this monumental struggle whether we are aware of it or not. The more people who become aware of this great struggle the sooner we can unite decent white people all over the world, cooperate and create a future for our children.

Our people are obsessed with moral righteousness so it is important that we act morally and wish for other groups what we want for ourselves. We need respect from decent non-whites as well whose support and mutual understanding boosts our struggle and makes attaining our goals more speedy. Our short term goal is to create cooperation to stop White Genocide and our long term goals are peaceful separation and colonies amongst the stars.

We activate the survival instinct in our brothers and sisters by explaining the simple truth about our demographic plight which instantly disrupts years of antiwhite programming. We then have a short window of opportunity to create comradeship and offer a positive path before our people shut down again. This is why our message is very simple, easy to understand, remember and repeat.

When enough of us are aware of our demographic situation a critical mas of awakened people will emerge who become or demand great leaders to represent us and speak openly on our behalf. Imagine having real representation.

Picture a nation or nations whose people speak the truth and demand an end to policies such as ‘Multiculturalism’, ‘Diversity’ and mass third world immigration created to ethnically cleanse white people world wide. Remember Globalists are only implementing these policies from top down in white majority countries. It’s not a coincidence.

For the year of 2021 and beyond we must commit to spending just 10 minutes each day to post the following meme text on every platform that we are on, in comments sections of related articles and communications. You can do this totally anonymously and don’t even have to reply to questions:

‘White people make up just 8% of the global population so if you flood all white majority countries with non-whites you eliminate white children for ever. There will still be a billion Africans in Africa, a billion Indians in India and 2 billion Asians in Asia.’

Those two lines awaken the spirit of the white man and woman. That’s all you have to post. People do not forget it in a hurry and it will not be censored from many channels or posts. Call the radio station. Tell the local politicians. We have to get this message out daily to as many people as possible.

If anyone objects to your statement, just say:

‘Only Antiwhites object to white children existing in the future.’

And if they try to justify genocide by saying that humans are all one race, just say.

‘The UN Genocide Convention 1948 makes it clear that any attempt to eliminate a group violently or non-violently ‘in whole or in part’ is genocide and will be punished as such. Flooding all white majority countries with nonwhites and assimilating us with ‘Multicultural’ and ‘Diversity’ programs is White Genocide!’

It actually works in our favour when Antiwhites object to our statement because it proves to unsure onlookers that there really is hatred and a concerted effort to eliminate white children, and only awakened people can stop this if we work together.

We are coming from a place of love for our people and children so never respond angrily, and only call Antiwhites what they are – ‘Antiwhites’ – nothing more, nothing less.

With just a handful of patriots promoting this meme for only 10 minutes per day we will set the foundations for a great awakening. Instead of passive politics we can engage with practical politics and make a huge difference. Save these memes as well as the text memes. Our survival and journey to the stars is in your hands. 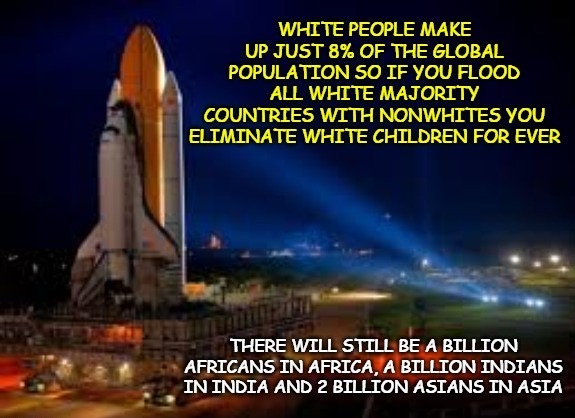 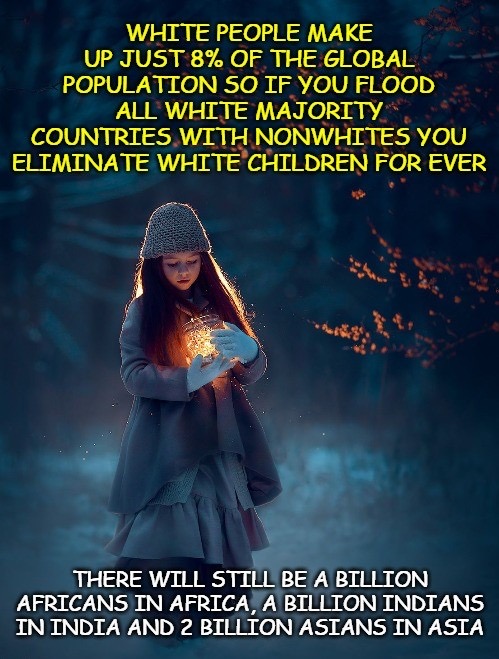 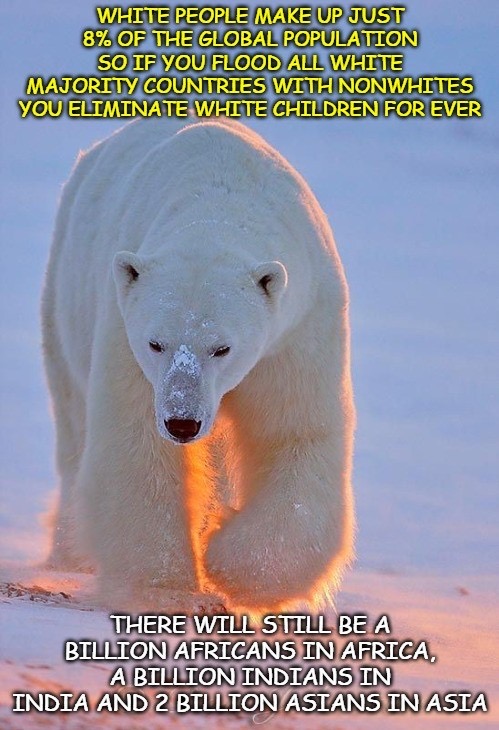 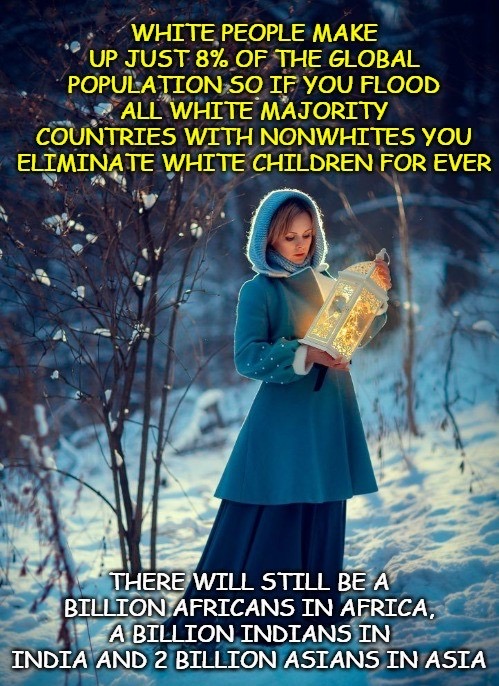 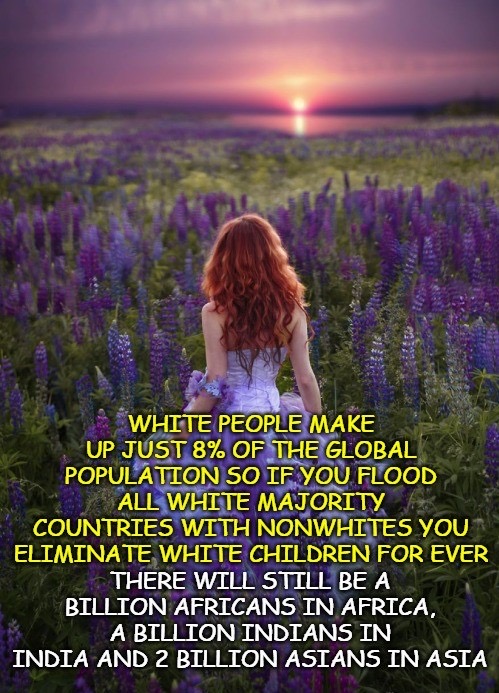 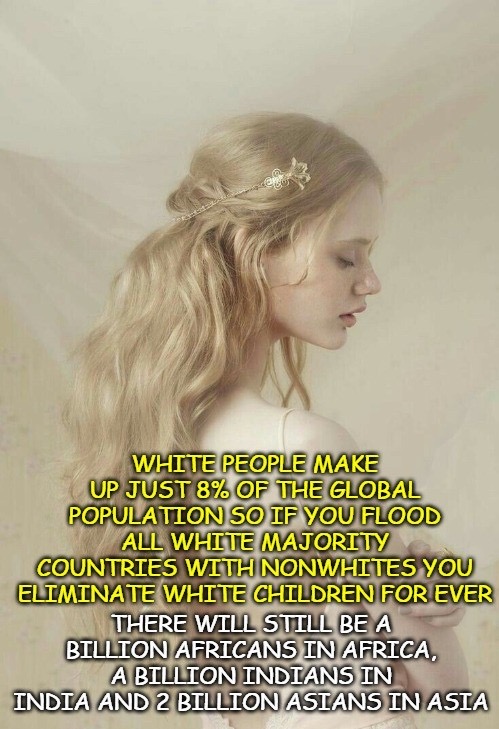 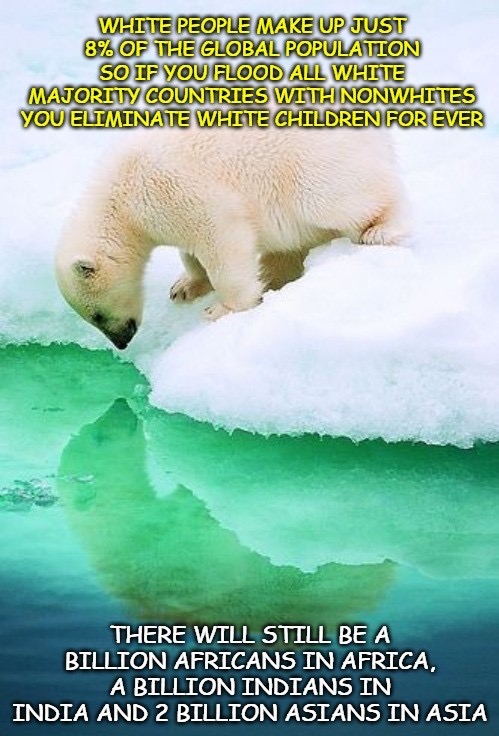 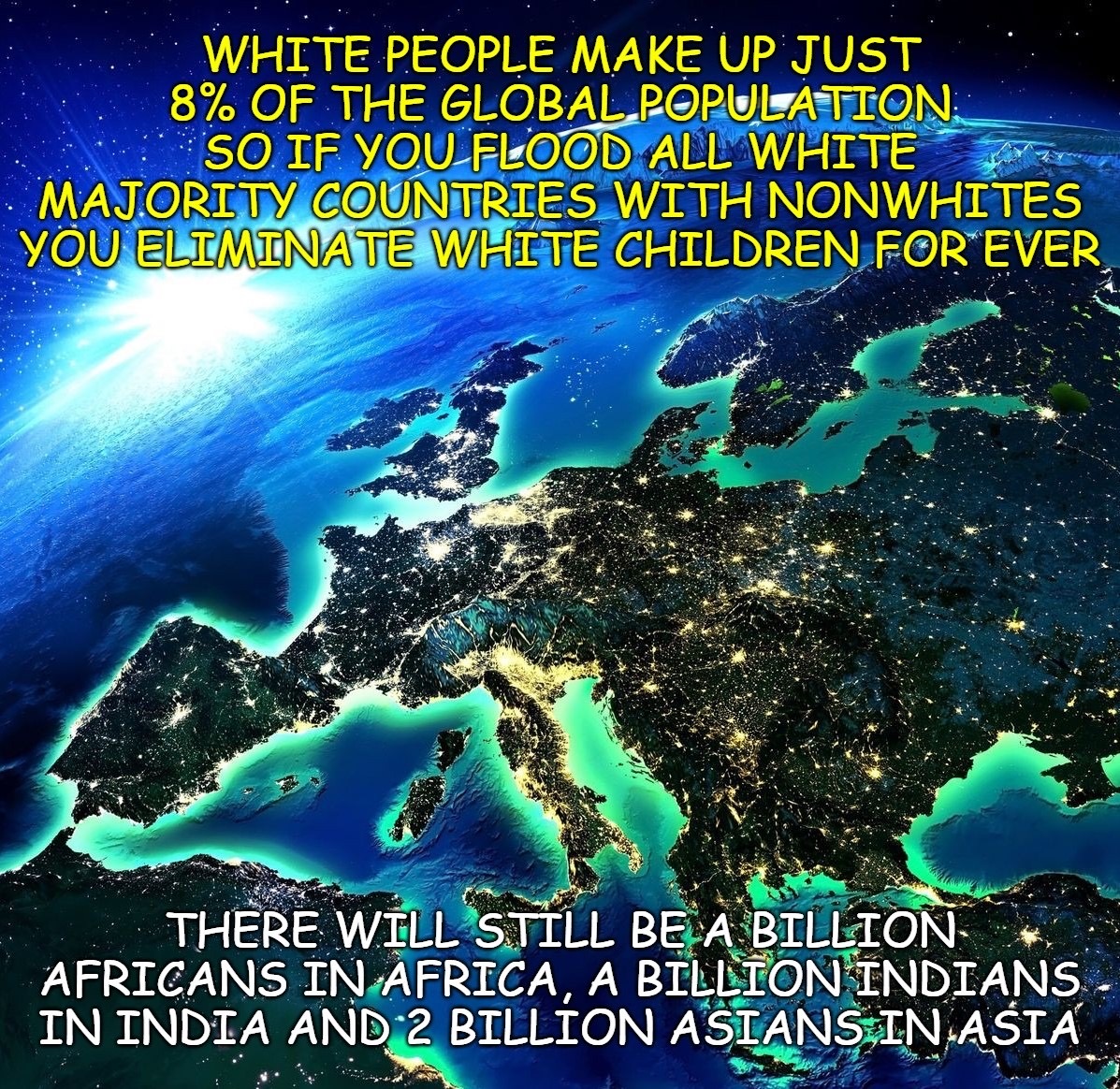 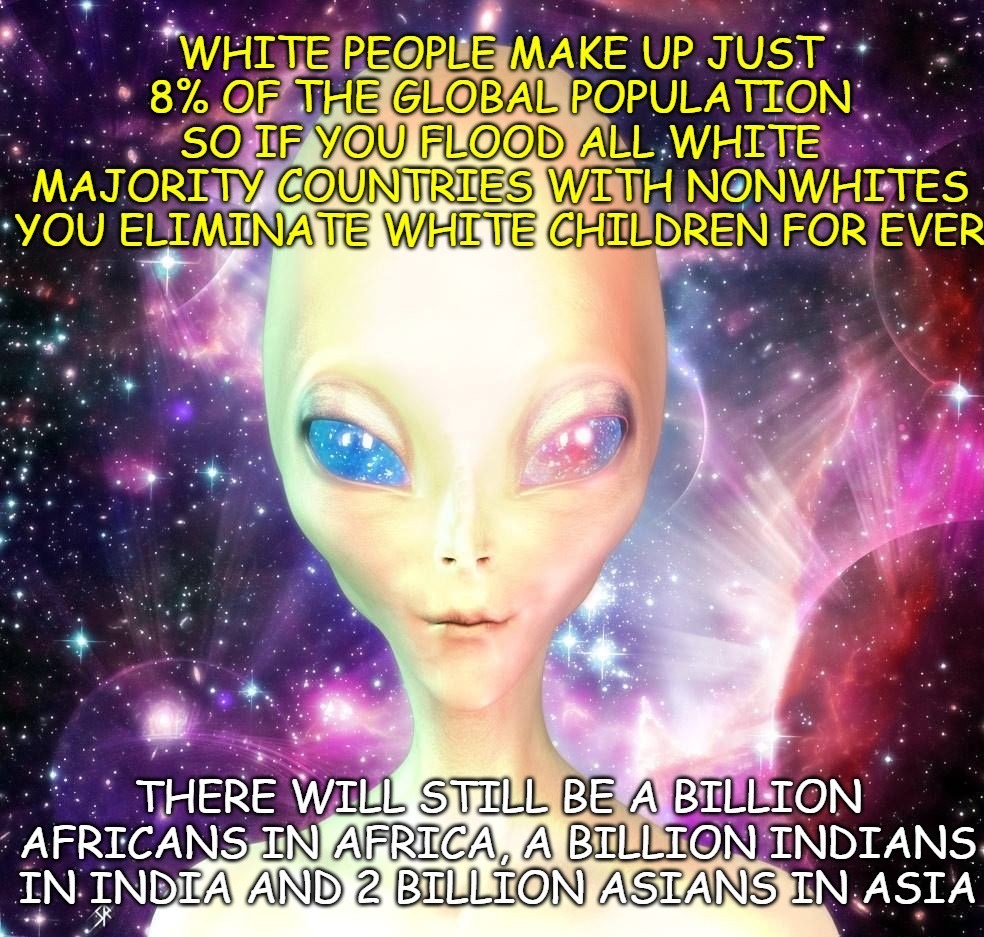