The shande that has propelled pedo-Joe to his militarized Presidential inauguration, has required the FBI (aka the Anti-Defamation League’s Stasi) to screen thousands of White National Guard troops who’re being deployed to supposedly guard against the “White insurrectionist threat”.

Imagine the chutzpah it takes to postulate that you got more votes than any other U.S. Presidential candidate in history, yet need the largely White serviceman base to have more boots on the ground in Washington D.C. for your inauguration (15,000 personnel) than troops currently serving in Afghanistan (4,500 personnel), Iraq (2,500 personnel) and Syria (500 personnel) combined.

Bumbling President Biden has today expressed to the smallest attending crowd of a Presidential Inauguration in history that:

“The cry for survival comes from the planet itself! The cry that can’t be anymore desperate or anymore clear then now. The rise of political extremism, White supremacy, domestic terrorism that we must confront and we will defeat!”

Surely this won’t lead to tactics that work rearing it’s head after team Joe seeks to send us off to re-education camps and/or Jail.

Anyhow, as Donald Blumpfberg heads off to either set-up a kosher controlled new third party or media outlet, it would seem that Chairman Joe will be partly leading the charge to exterminate Whitey, whilst fending off Alzheimer’s disease totally eroding what’s left of his brain. 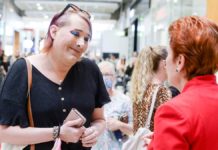