I’ve talked about strategy here and The Broad-Front Strategy here. Strategy is important. That’s why the Left uses it and they use it quite well. But not perfectly, Let’s look at how they use strategy.

They have a destination, an end-point, a place where they are always heading towards. For Liberalism that is the Autonomous Individual, for Communists it is Communist man living in a Communist society, for Anarchists a world without government. While these things are dreams, fantasies, delusions, they are at one and the same time destinations. All work and every effort is directed towards achieving these destinations. Nothing is directionless and everyone knows in which direction they are heading. If by some chance they lose their direction, all they need to do is look at what others are doing to regain it.

They always make sure that they have a finger in every pie, they try to never leave any area not covered. The government, business, the churches, education, the media, the arts, name any area of life and you’ll find them involved. Officially and unofficially. They move towards power, even the tiniest bit, because they understand that local community groups have power, not much, but enough. Enough to influence events when called upon to do so. It also helps that they control the official positions as well.

They go out of their way to support their side, it is an open secret. They protect the most outrageous behaviour on their side, but not even the most mild behaviour on any other. We have all seen it, we have all seen that they do this. Buildings burn in the background and they talk about peaceful protests. People on the Right are attacked and they talk about violence from the Right. Honestly is optional at all times. They use propaganda to support their position and to demonize any who oppose them. 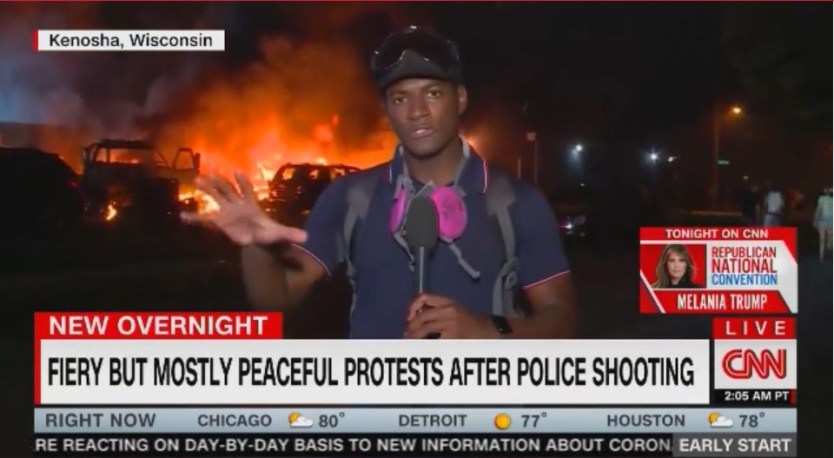 The best way to teach people Liberalism is to literally teach it to them. As children, in school. Even the most cynical of us find it hard to reject everything. We believe much more of their nonsense than we like to think. Everyone is infected with their ideas. The media pushes from another direction, the news, movies, TV programs, advertisements, all continue the assault. When we leave school, at whatever level of education, and we enter the workforce we like to think that we are now free of all that. Now the workplace demands that you believe the company or the government department’s ‘values’. They push their values in our face at every opportunity. They make sure that it is harder and harder to escape.

After Dylann Roof murdered a group of black parishioners, the Left was ready. They didn’t know his intentions, but they did know that the day would come when something bad would happen. When it did they were ready. Within days they had demonized the Confederate and Rhodesian flags. They pushed to get them banned, to stop people buying or selling them. To brand anyone who displayed one a racist. It wasn’t organic, the broad details were planned, only the specifics needed to be filled in. Here is a classic example of their forward thinking, of how they organise campaigns.

Roll Out One Campaign

When they are working well they roll out one campaign at a time and only one, all their attention is on that campaign. The environment, homosexual rights, abortion, lands right, so on. One campaign and they bombard us with it as if it is the only issue in the entire world. They are relentless, they start out of nowhere, most times there is no warning and then it is upon us. Every TV and radio station, every newspaper, the internet, everything is about this one issue. But people get sick of it and they begin to rebel, they begin to say enough is enough. The Right begins to organise against it and then it simply vanishes, as if it was never an issue. After a short reprieve a new campaign on a completely different topics begins. Rinse and repeat over and over again.

What They Do Wrong

But they don’t always use strategy correctly, their most common mistake is to continue a campaign for too long. Each campaign is supposed to advance the ideas in a small way. Each step is small so that people think that it is their own idea, not one that was planted there as part of a campaign that took place months or years ago. It is ingenious making people think that it is their own idea and that this is all organic and natural, the natural order of things. When in reality it is completely artificial and organised.

Each step is supposed to be just one step but sometimes they become impatient, that is where we are today. Liberalism can see its dream forming before its eyes, but that has made a lot of people sit up and take notice. Because now that they can see their dream coming into view, they are not happy to take just one step at a time. Patience, that great weapon of theirs is running out. They want the future to be now, they want to start sprinting, to run until their chest feels like it’s on fire. But people notice that and they react to it and against it. When they were patient they made people feel like it was natural, but that illusion is gone once they start running.

The media has overplayed its hand, it is hard today to think that once they were respected. Although they were never respectable. But once people accepted that they tried to be honest and fair, sometimes they failed but so does everybody. Today that view is seen, correctly, as naive.

We need to understand how Liberalism and the wider Left operates, it’s all in plain sight but so often we don’t see it. We continue to fall for their lies, for their campaigns. We need to do better and we can.