Meeerhan, no wait, Maureen, no, Merryn, no Mahreen, oh forget it, let’s just get to the cut and paste.

Hundreds of courses and majors, some more than 50 years old, will be cut from multiple universities across Australia as lost revenue and funding cuts devastate higher education.

At Macquarie University in Sydney, entire degrees in maths and science are slated to be cut, as well as more than half the current majors offered in arts.

Universities in the West have been thoroughly subverted by an alliance between Judeo-Bolshevik academia and capitalists. Australian Universities now serve the twin purpose of poisoning the minds of native Anglos and importing hundreds of thousands of foreign invaders.

The only solution is to completely destroy the university system and maybe think about restoring it once we have restored our civilisation. Even then it would be a stretch. The closing of the borders in response to the Chinese Diversity Flu has been one of the best things that ever happened to this country. It has been like cutting off blood to a wart.

Aware of the value the University cancer provides to her own people by demoralising our own, Merryn has been triggered by the following sentence:

The university’s gender studies major, which was first established in 1984, is now set to be abolished.

Yet more devastating uni cuts. This time to valuable courses like maths, IT, gender studies and science.

This is on Dan Tehan and Scott Morrison. Their funding cuts will only make the situation worse. The Senate should block their bill.https://t.co/gFAsvi9dTG

Which prompted these responses:

How on earth would we cope without the… 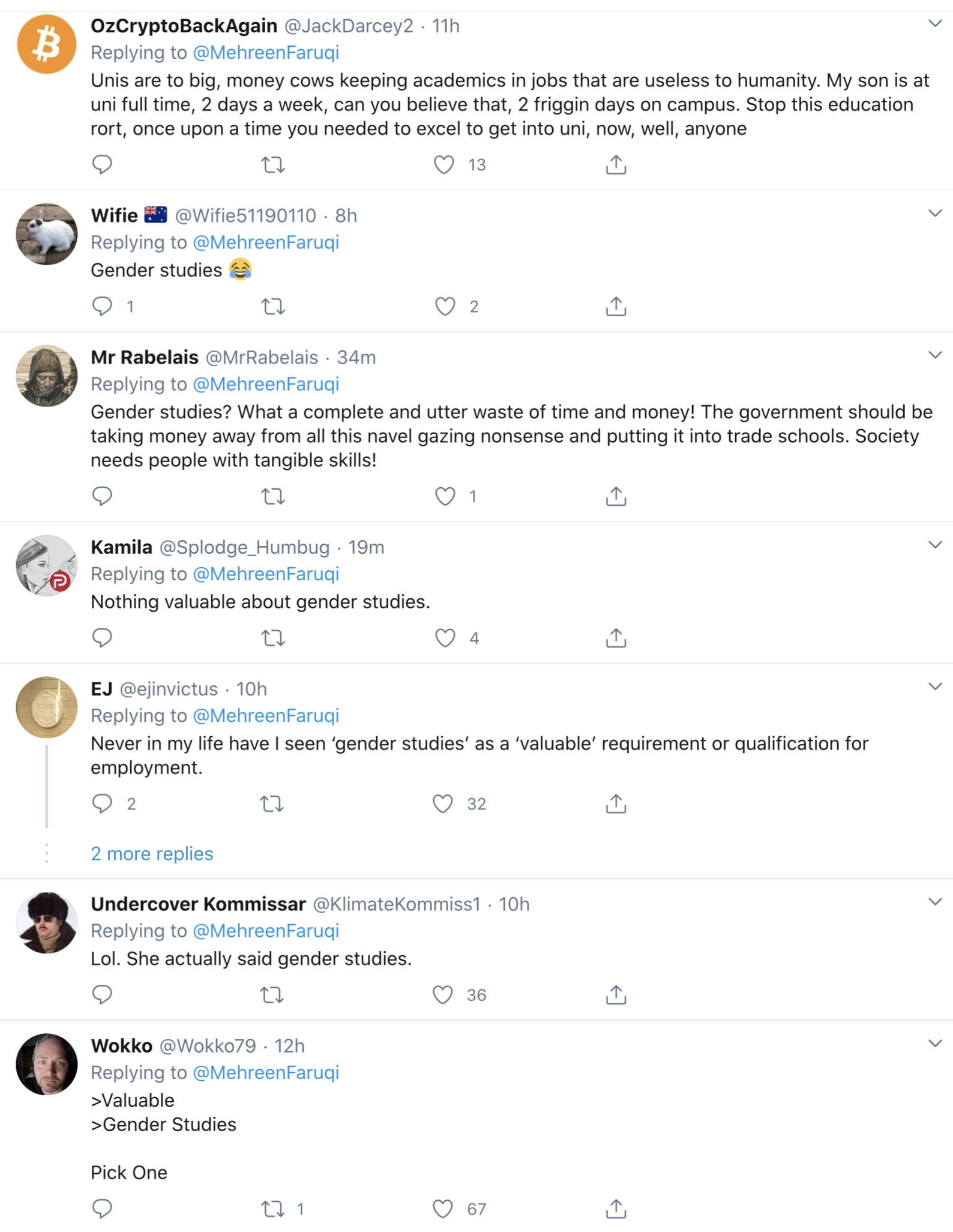 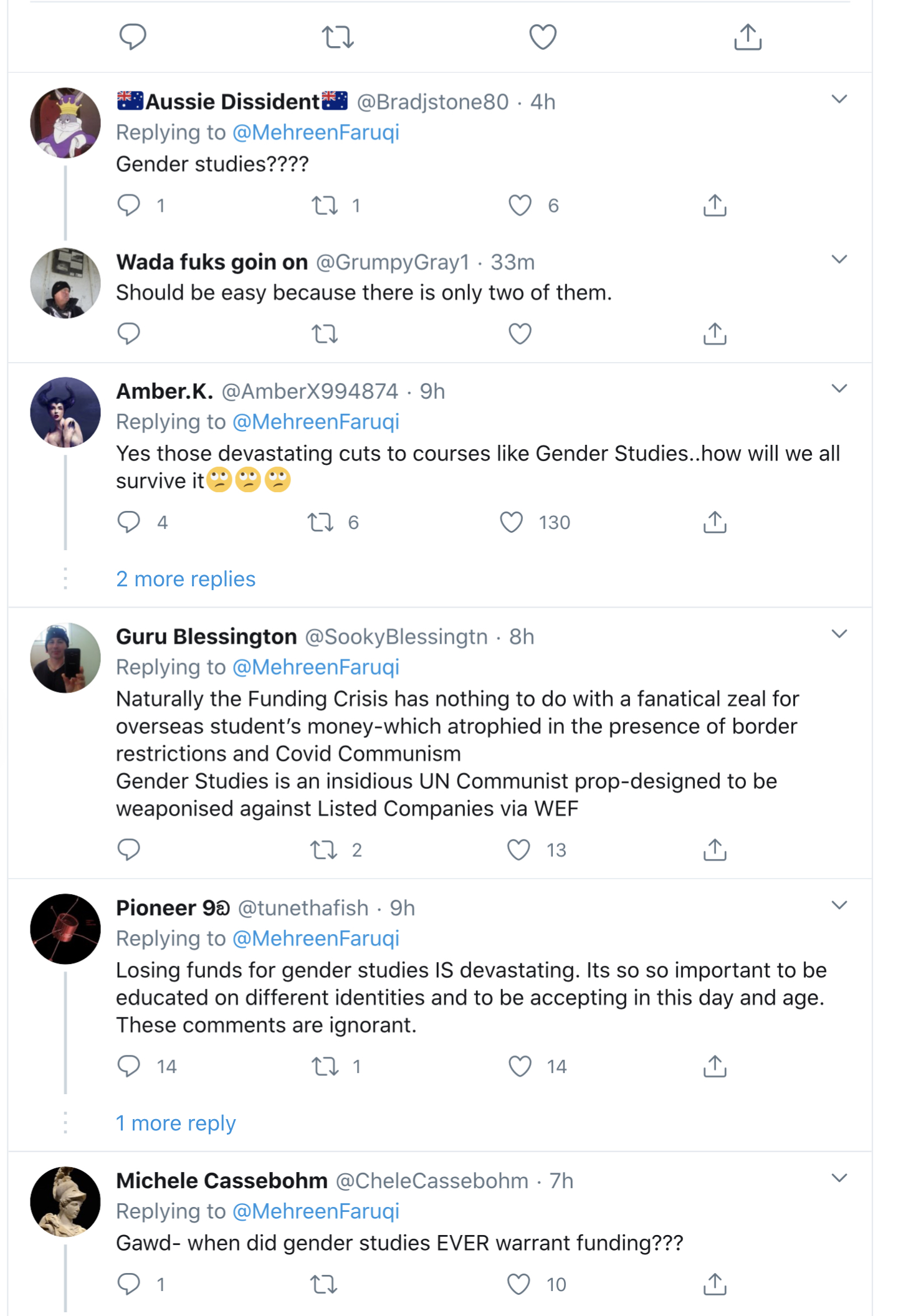 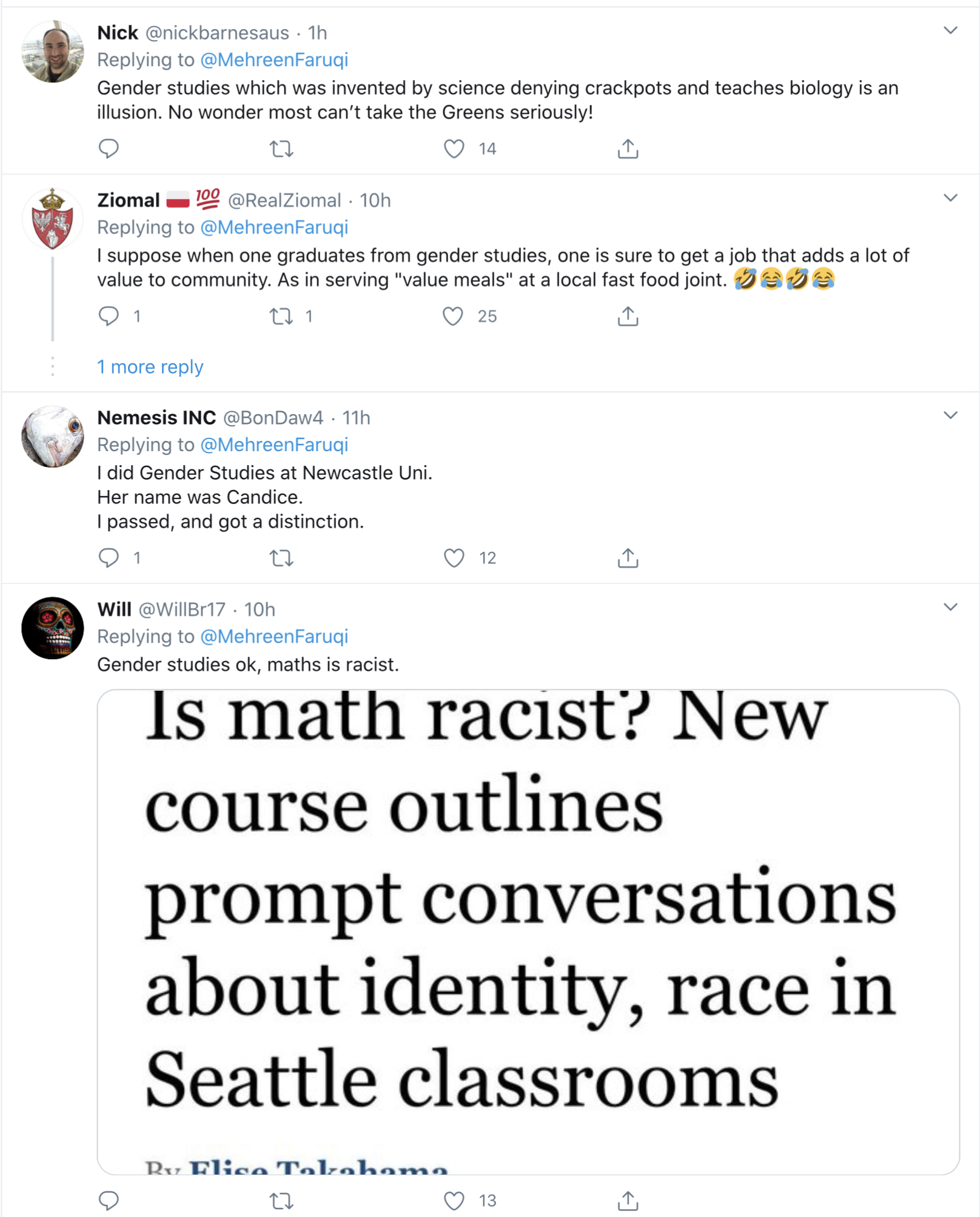 It just goes on like this. Nobody likes so-called “gender studies”.

There is only one gender, men. Women are property. “Gender studies” has been a front for pushing pedophilia in the West, to serve the twin purposes of supposedly immunising us against fascism while enabling the Israel tail to wag the American dog with regard to foreign policy.

When you examine the fact that so many Marxists are pedos, you understand that so-called “gender studies” is basically just a way for these degenerates to justify their own degeneracy and to spread their spiritual disease to the rest of us.

When our people remember that we are the strongest tribe we will do away with this filth forever.