The Lord says he gave us government on this Earth for the punishment of evildoers; it is their “one job” so to speak. Whilst true that government can assist in duties involving wider property defence, maybe build infrastructure, punishing criminals is their divinely ordained role.

Problems then arise when, rather than punish evil; the government instead decides to engage in it.

For example, this recent story out of England:

A devastated mother has slammed the sentence handed to the paedophile who raped her five-year-old daughter after he walked free from court with community service.

The mother, who cannot be named to protect her daughter’s anonymity, said her family’s life had been ‘ripped apart’ after Callum Haycock, 21, from Kidderminster, Worcestershire, was spared prison.

The paedophile, who was found guilty of raping a child under 13 at Worcester Crown Court on October 1, was sentenced to a three-year community order and 35 days’ rehabilitation requirement.

He was also fined £200 and ordered to pay £2,500 to the victim as well as being put on the Sexual Offenders’ Register for five years.

God has a different punishment for paedophiles, he is a little harsher than the British court system, as you should expect.

It makes you wonder why British courts are so lenient on perverts, maybe their conscience convicts them; maybe they are just plain old corrupt, maybe a combination of both, it is hard to tell these days.

To give us a perfect demonstration in British justice, something else recently happened:

A former Miss Hitler beauty pageant contestant has been jailed for three years after being found guilty of membership of the banned neo-Nazi terrorist group National Action (NA).

Sentencing the four at Birmingham Crown Court on Tuesday, Judge Paul Farrer QC told them that, after NA was outlawed by the Government in 2016, “you weren’t prepared to dissociate yourselves from the vile ideology of this group and therefore defied the ban and continued as members”.

A slap on the wrists for being a disgusting reprobate pervert worthy of death, but years in prison for having opinions that Jews do not like.

The claim that National Action are a “terrorist” organisation is a debunked lie, the worst they did as a group was place a few stickers.

This occurred not long after a Greek court decided to outlaw an entire political party and throw its members in jail for 13 years.

Democracy cannot handle views outside the Overton Window it seems. So much for “representation.”

God commands us to obey government, but also to obey the higher powers. When government makes a mockery of God and justice, it no longer has a divine mandate.

We do not need to obey any institution that actively engages in evil.

Off your knees white man. 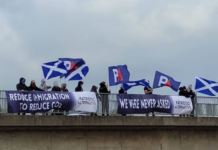 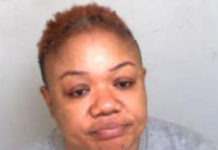 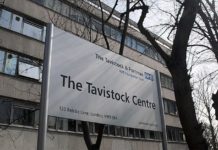